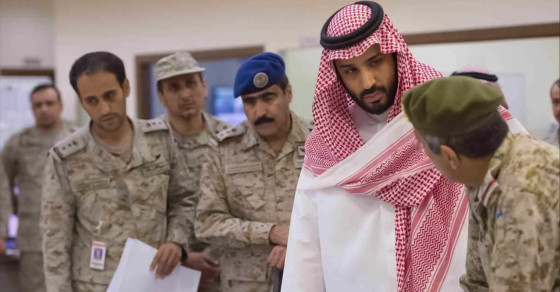 The Mysterious Saudi Prince Leading The War In Yemen 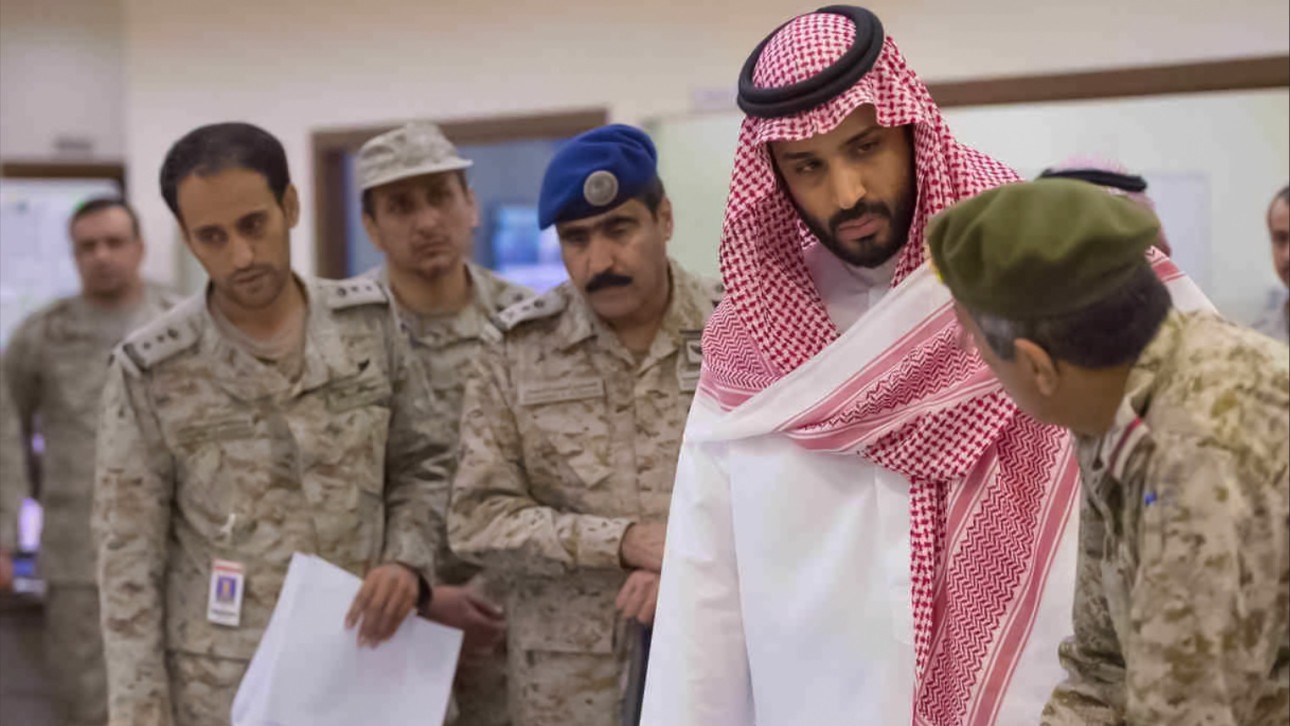 With a swift and sudden rise to power two months ago, the machinations of Mohammed, King Salman bin Abdul-Aziz’s favored son, remain elusive and his skill untested, even as he leads an aggressive—and escalating—Arab coalition intervention against the Iranian-backed Houthi rebels in Yemen. In just a week of fighting, he’s become a poster boy for the Saudi-led military campaign, known as “Operation Decisive Storm,” as well as an embodiment of his country’s recent shift toward a more hawkish foreign policy in the region.

Yet he is a man whose youth and inexperience has left him almost invisible until now. Even the prince’s age is a matter of speculation and debate. Some peg him as young as 27. Others say he could be as old as 35.

“He is a mystery,” says Emile Hokayem, a Middle East analyst at the International Institute for Strategic Studies. More than a half-dozen other analysts and Middle East experts interviewed by Vocativ paint the prince in equally ambiguous terms.

As questions about Prince Mohammed grow, at least one thing is clear, observers say. He’s emerged as one of the most influential players in the House of Saud, and likely the youngest to yield any real influence. After ascending to the Saudi throne in January, his father, King Salman, moved swiftly to consolidate power, appointing the prince to three key cabinet posts. He made Mohammed defense minister and head of a newly-formed economic council. He also placed the prince in the role of chief of the royal court, the equivalent of White House chief of staff.

“The fact that King Salman has bestowed these three extremely important positions on one of his younger sons is indicative of the trust that the king has in Prince Mohammed’s abilities,” says Fahad Nazer, a terrorism analyst at JTG Inc., a US-based consultancy, who has worked for the Saudi embassy in Washington. But, he says, “The truth is that [Mohammed] is something of an unknown commodity in Saudi Arabia as well.  People don’t seem to know that much about him.”

Though a longtime confidant and special advisor to his father, the prince—who studied law at King Saud University, according to the Saudi Embassy, and is one of the few members of the Al Saud family in his generation not to be educated abroad—has never held a significant government position. Significantly, he has no prior military experience.

Prince Mohammed’s role as chief of the royal court could prove problematic as well, says Thomas Lippman, a scholar at the Middle East Institute in Washington, D.C. and author of Saudi Arabia on the Edge: The Uncertain Future of an American Ally. As his father’s gatekeeper, he may end up butting heads with men who are older and hold tremendous political clout, a difficult proposition in a country where respect comes with age.

“Imagine if a person in Washington simultaneously became the secretary of defense and the president’s chief of staff overnight,” Lippman says.  “Then imagine if that same person was a 33-year-old unknown.”

Thus far, the prince has not held back. In an article published last week, Lippman hinted that King Salman’s final decision to intervene in Yemen may have arrived after Mohammed convinced him to do so, despite vocal concerns from the country’s foreign minister, Prince Saud Faisal. And as the Saudis launched their first airstrikes last week against Sana’a, Yemen’s capital, Prince Mohammed moved to smooth diplomatic relations abroad.

This week, Haaretz, the Israeli newspaper, credited the defense minister with easing tensions between his country and the Swedish government, whose foreign minister publicly criticized the Saudis over alleged civil rights abuses. The paper also reported that Prince Mohammed managed to persuade Sudan, an Iran ally, to join his country’s military campaign against the Houthis in Yemen. On Tuesday, he hosted U.S. House Speaker John Boehner and a delegation of Republican lawmakers in Riyadh, which made for a nice photo opportunity.

Experts say that the prince’s forceful role coincides with a marked departure in Saudi foreign policy. Despite spending billions to develop military facilities, the country has long exercised its influence through its financial wealth and diplomacy. Some believe the shift speaks to a desire among younger Saudis who, more than their predecessors, are eager to assert the kingdom’s power and influence over the region.

“They seem to be a generation that’s more confident of themselves,” says Abdulkhaleq Abdulla, a political science professor at United Arab Emirates University. “They see there’s a need for flexing military muscle and drawing a line in sand. The message seems to be: ‘We’ve had enough of being pushed around by Iran. It’s time to defend our own turf.’”

Prince Mohammed’s youthful gravitas seems to perfectly embody this belief, and his display of military might has already endeared him to many at home. Since Decisive Storm began, Saudi television has continuously broadcast looped footage of the young defense chief directing the war campaign, according to reports. Vocativ reported Tuesday that Saudi social media users have created Prince Mohammed fan pages and uploaded hundreds of photos of him on Twitter, solidifying his role as a poster boy for the military operation.

Yet even with 100 fighter jets, 150,000 soldiers and a growing coalition, a Saudi victory in Yemen is no foregone conclusion. Fighting among Saudi troops and Houthi rebels has only intensified in the last week, stoking fears that a long, drawn out war may be inevitable. Prince Mohammed’s future may hinge on the outcome.

“If this turns out to be a success, if Saudi Arabia achieves its political objective, it will be time to start promoting the man behind it,” Abdulla says.

And if it fails?

“Prince Mohammed’s position would become untenable,” says Lippman. “Which will come back to haunt King Salman.”