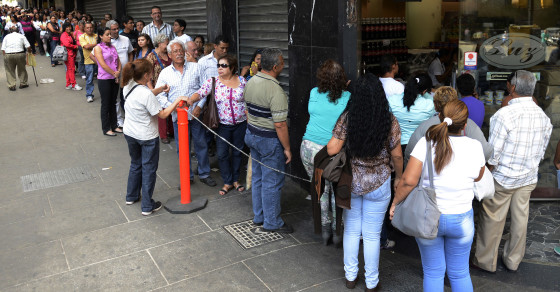 Venezuela Is Running Out of Cookies and Coffins
By Boris Munoz 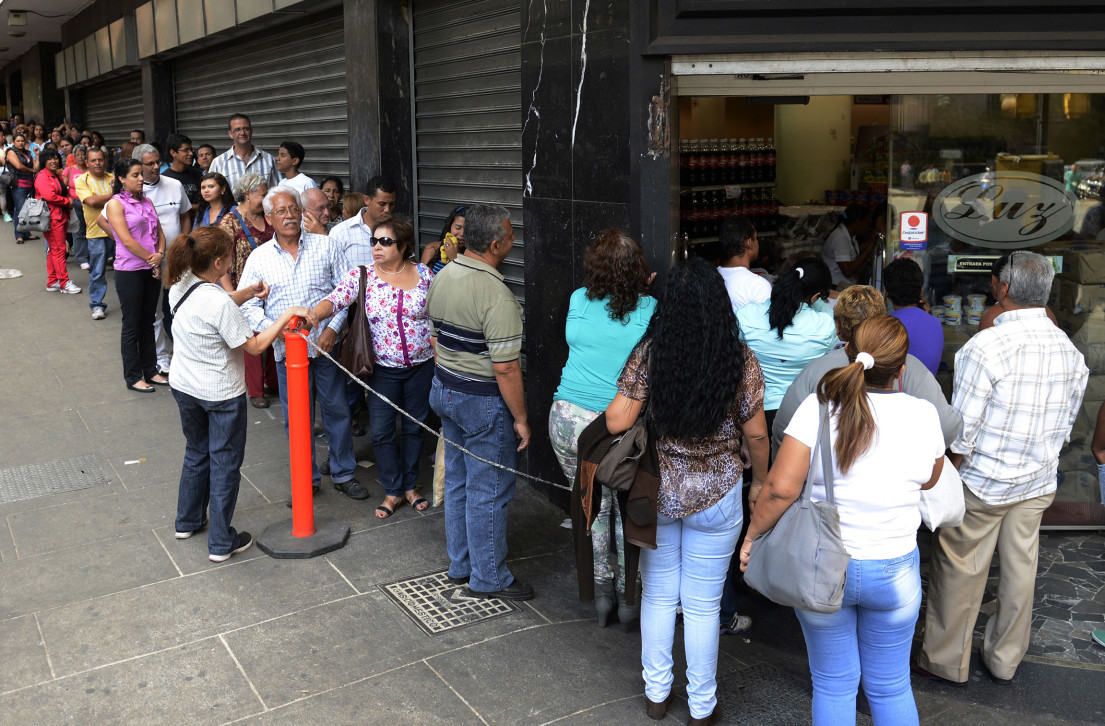 On the morning of June 6, 1958, an engineer named Samuel Burkar went to a local market to buy a bottle of water in Caracas. He needed to wash his face after shaving, but the city was in the midst of a terrible drought, and even the faucets were dry. In the end, Burkar couldn’t find what he was looking for, and was forced to use a bottle of peach juice to rinse away the foam.

Cooling off: Children swimming in a public fountain in Caracas in 2013 before the shortages began.

Much has changed in Venezuela since Nobel laureate Gabriel García Márquez shared that anecdote in an article he wrote at the time. But these days, life in Caracas seems even more dire. For a year and a half now, crippling shortages have plagued Venezuela and the capital in particular. In many parts of the city, there’s no running water, let alone peach juice or razor blades. The shortages are so bad that one of the country’s biggest producers of spring water and sodas announced on Monday that it was closing because of lack of materials. Every day, it seems the list of things you actually can buy in Venezuela gets shorter.

The shortages began in early 2013, not long after President Nicolas Maduro became interim president and devalued the country’s currency by nearly 50 percent. Maduro was trying to protect the country’s dwindling national treasury and curb its crippling inflation. But the strategy backfired, and the currency controls spooked foreign companies.

Don't let them eat cake: Workers stand in a bakery with empty shelves in Caracas.

Because Venezuela is so dependent on bringing goods into the country, the result has been a daily struggle to buy ordinary items such as cornmeal, oil, coffee, sugar, milk, deodorant and toilet paper. Take the case of bread, for example. Bakers have found it very difficult to acquire flour because Venezuela imports most of its wheat. Local mills have virtually stopped functioning. Bakeries have reduced their production to peak hours and many ration their bread, selling just two baguettes per customer to those willing to wait in long lines in the hot sun. The shortages, coupled with the government’s decision to regulate the price of bread, have forced bakers to stop making products the government doesn’t control such as cakes, cookies and pastries.

More recently, Venezuela’s shortages have expanded beyond basic goods to affect the country’s health and transportation sectors. The government admitted in May that there isn’t a single new car for sale in a country that boasts the cheapest gas prices in the world. Meanwhile, products for treating hypertension and circulatory diseases, stents and reagents for blood tests and cancer treatments have become difficult to find. “I can still find…drugs for my mom’s chemotherapy with no problem,” says Adriana Pardo, 42, who works in the music industry in Caracas. “But I have to tour a dozen pharmacies to find general medications to relieve the side effects like vomiting and diarrhea.”

Rest in peace: A worker makes a floral arrangement at an undertaker's showroom in Caracas. Venezuelan funeral homes are struggling to find enough coffins.

For those outside big cities, the situation is even more dramatic. And it became clear last week that Venezuela was experiencing a coffin shortage. Metal for caskets is in short supply, and demand has been rising in a country that now has the world’s second highest homicide rate. Juan Carlos Fernandez, the director of Ataúdes Venezuela, one of the largest coffin manufacturers in Caracas, told The Associated Press that his company has been forced to lower production. And if the shortage continues, he said, within three months “there will be no coffins to bury people.”

Since the shortages began, the Venezuelan government has claimed that the country’s business leaders, who mainly support Maduro’s rivals, are sabotaging the country, waging economic war to keep products off the shelves. More recently, the government has been trying to import massive amounts of basic products and rely on a single type of currency exchange rate (the country currently has three) in an effort to stop the bleeding.

Breadlines: People outside a supermarket to buy food in Caracas.

These steps may help put more goods on the shelves, but many economists think they won’t be enough to stop spiraling inflation and help the economy grow. So going forward, Venezuelans may not have to use peach juice to wash their face after shaving, but they will certainly have to live with a dramatic decline in their standard of living. And not even a quasi-biblical flood, like the one that saved the day back when García Márquez’s was on the ground, can rescue the country from its uncertain fate.