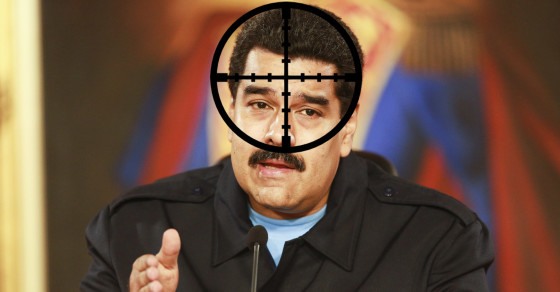 The Shelves Are Bare, but Plots to Kill the President Are Plentiful
By Boris Munoz

The Shelves Are Bare, but Plots to Kill the President Are Plentiful 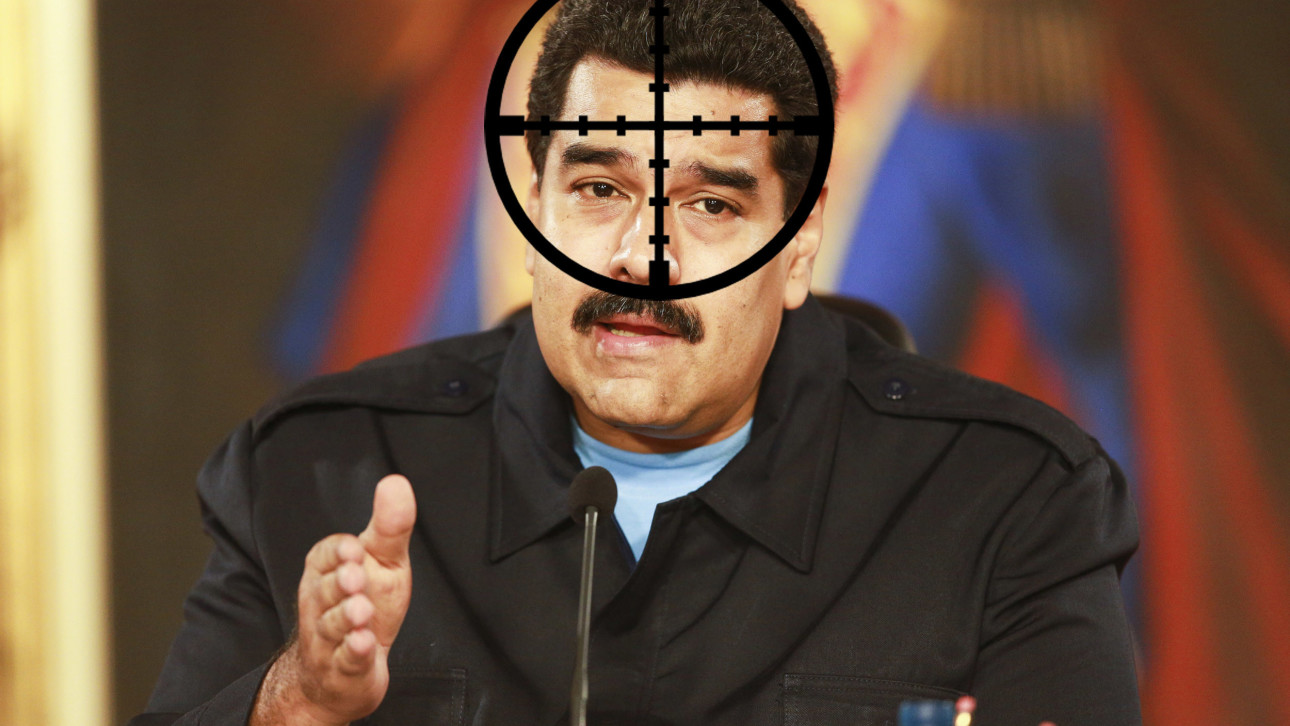 There seems to be a shortage of just about everything in Venezuela these days—from new cars to toilet paper. But there’s one thing (aside from oil) that never seems to run out in this beleaguered country of roughly 30 million: nefarious plots to kill its leaders.

Since President Nicolás Maduro took over for Hugo Chávez last year, the government has denounced at least three assassination plots against him. Maduro and his comrades have attributed most of these deadly efforts to a group of outspoken opposition figures led by María Corina Machado—a former engineer whom critics deride as a Latin Material Girl. Machado has denied all the allegations, but the essence of these “plots” is that she and other opposition leaders are using U.S. money to overthrow the regime.

Latin America has long had its share of assassination plots (both U.S.-led and locally sourced). But most in Venezuela have greeted the latest plans to kill Maduro with little more than a shrug. Even some of Maduro’s allies have begun to question the latest announcements coming from Caracas. The reason: In the roughly 14 years since the Bolivarian revolution began, Venezuelans have been barraged by conspiracy theories, overwhelmed by assassination plots. By the end of 2013, Últimas Noticias, the largest newspaper in the country, had counted 63 different plots to kill the president, all alleged by the government since Chávez came to power. Few seemed based in reality. Since then, the threats “announced” by the government have only spiraled.

The rise of these manufactured plots against the state began with Chávez. In 1999, at the beginning of his first term, the socialist firebrand announced that the police had captured a farm worker who was carrying a rifle to shoot him during a visit to Bolivar state, in the southern part of the country, allegedly on orders from the opposition. The police detained, but later released the man after an investigation proved he was just on a hunting trip. From then on, the president’s “unveiling” of assassination plots became a regular part of his already longwinded speeches. In 2002, of course, Chávez was really in danger of being killed in a botched coup, led by business elites, with a tacit thumbs up from the U.S. But in 2008 alone, he denounced 16 different plots to kill him, all seemingly based on scant evidence.

Chávez, who died of cancer last year, used these alleged plots to rally his base before important elections. But Maduro’s aim is different, his need for conspiracy more dire. Carlos Blanco, a former government minister and Machado’s close adviser, says the Venezuelan president is using these accusations as a smoke screen to distract the country from an economic crisis and a steep spike in crime. Both issues sparked the recent anti-government protests, which continue to shake the Bolivarian halls of power.

And yet when Chavez talked about efforts to kill him, no chavista dared to contradict him, even when some of the plots involved machetes and laser guns. Now, however, there’s a growing number of government allies who have begun to timidly question Maduro’s official mouthpieces. A week ago, for instance, Jorge Rodriguez, a senior government official, claimed to have emails from Machado, in which the fiery opposition leader says she has U.S. money and support. “This is proof that María Corina Machado is lobbying internationally to bring down Nicolas Maduro’s government,” Rodriguez said. Without offering any more evidence, the mayor explained she was spearheading yet another plot to assassinate the president.

Caracas Mayor Jorge Rodriguez holds a picture of the U.S. envoy to Colombia, Kevin Whitaker, as he speaks in Caracas. Venezuelan officials have accused Whitaker of being in touch with hardline opposition leader Maria Corina Machado and potentially involved in her plots.

But then a strange thing happened: Vladimir Acosta, an active spokesman for some of the most committed chavistas, said on state-run television that Rodríguez’s evidence was far from solid. Maduro has since promised to provide “new proof” of the plot, including video and audio recordings. But for the Venezuelan public, and even some supporters, a president can only cry wolf so many times, before trust, like toilet paper, starts coming in short supply.