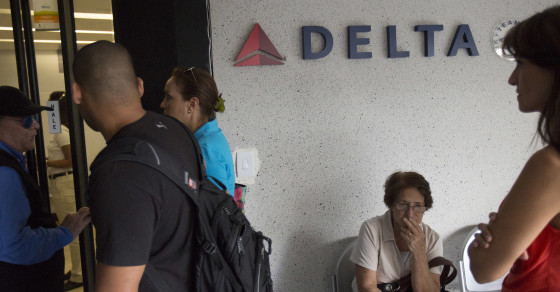 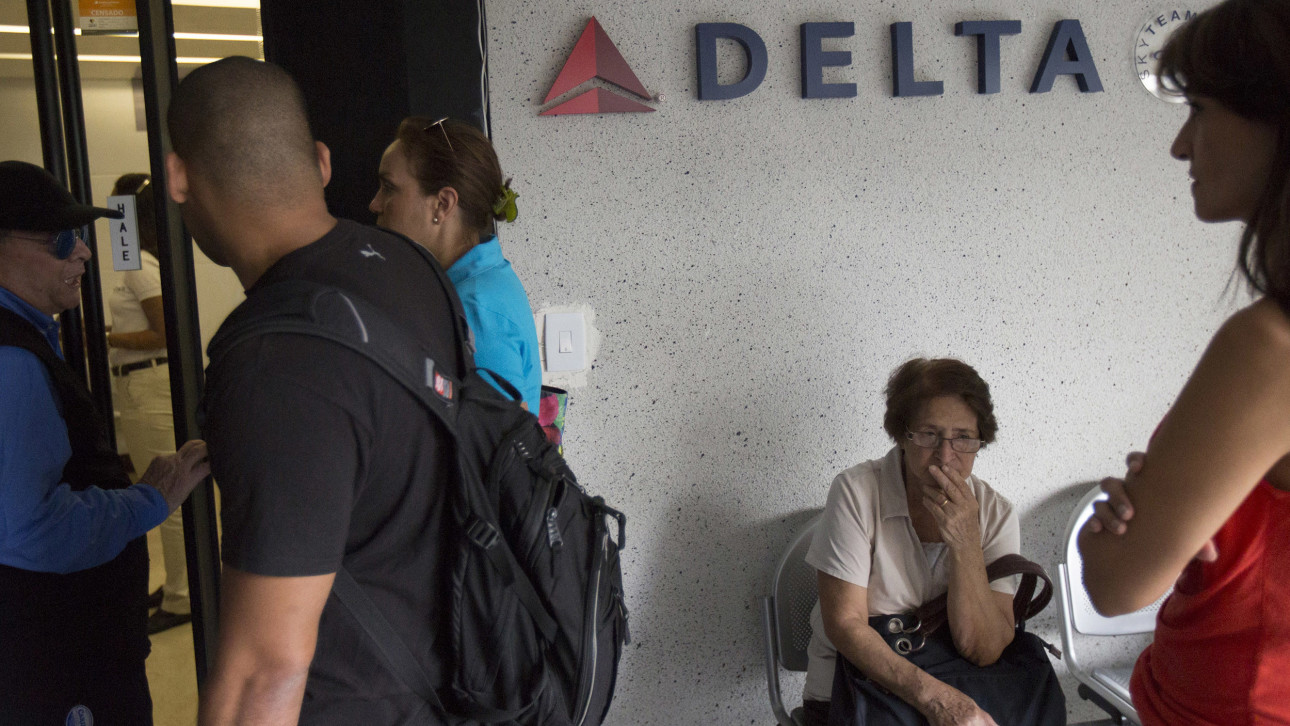 Several weeks ago, dozens of travelers crowded around a small desk at Delta Airlines’ office in Caracas, impatiently fanning their faces in the heat, waiting to hear if their flights had been canceled. Delta had recently announced that it was cutting the number of flights out of the capital from seven to one, reducing the amount of people who could travel from Venezuela to the United States from 1,120 to 160. And now thousands were stranded.

“I can’t believe it!” said Andrea Figueroa, a 23-year-old college student set to study abroad this fall in New York City. “The Delta representatives in the call center say they will give us our money back two months from now.”

It’s not only Delta. American Airlines, AirEurope, AirFrance and others have cut back on flights and the number of seats available. Airlines such as Air Canada and Alitalia have simply stopped flying to the country altogether. The number of tickets available to and from the country in August of 2014 is 5 percent of the number offered the year prior. So from a practical standpoint, that means flying to and from Venezuela is virtually impossible—both for passengers and cargo.

Customers wait at the Delta office in Caracas.

The reason for this crisis is simple. The Venezuelan government has forced the airlines to sell tickets in bolivars for years with the promise that they will be able to send their revenues back home in dollars, using the official exchange rate. Some airlines, such as AirFrance, have acknowledged that the government’s massively subsidized airfares were an extremely profitable scheme for them.

Now, however, the government won’t permit the airlines to repatriate their earnings in dollars, including $4.1 billion worth of airfares, according to the International Air Transport Association, an industry trade group. With inflation increasing rapidly in Venezuela, that means the $350 million the government owes Delta is worth less every day. So in response, the airlines have decided to cut flights, leaving passengers stranded with no possibility of transferring their tickets to other airlines. And since the passengers are reimbursed in bolivars as well, it means they are losing money, too.

The shortage of flights is just the latest example of a larger problem here in this nation of nearly 30 million. Over the past year, Venezuela—the country with the world’s greatest oil reserves—has been suffering from a severe economic crisis, brought on by years of currency control, overspending and other disastrous economic policies. The result has been a continuous deterioration in living conditions, and the country’s airline woes are going to make things only worse.

An economic crisis is plaguing Venezuela and its president, Nicolás Maduro.

Since the crisis began, the government has periodically promised to pay off its debts. But so far, it has allowed the airlines to repatriate only $424 million dollars, roughly 10 percent of the outstanding sum. Caracas officials complain that, for years, the airlines have been selling tickets at inflated prices. They also say many buyers never even used these tickets—that they bought them just to get access to dollars and euros at official rates and sell them for profit on the black market.

Today passenger planes aren’t the only ones stranded. Those carrying products, especially pharmaceutical supplies, also can’t go in and out of the country. Patients all over the country are seeing dramatic shortages of medicines, which are essential for the treatment of heart disease, high blood pressure and cancer. As a consequence, patients—like travelers—are stranded, waiting for help.

The situation will eventually improve, but it’s not clear when. The government recently announced that 21 out of 24 international airlines operating in the country have submitted their lists of prices to Venezuela’s Air Transportation Authority for approval as part of a new price control scheme. Government authorities won’t make this list public for roughly a month.

In the meantime, Delta has promised to help passengers like Figueroa, who paid tuition to study abroad in the U.S. and risks losing her money. The airline said it would squeeze her onto a flight. It never happened. So last Wednesday, after buying a new ticket from Venezuela’s national Conviasa airline, she flew from Margarita Island (off the Venezuelan coast) to Trinidad, and from there she connected to Miami and flew to New York City to make it to school on time.

Thousands have been stranded in Caracas.

Others, however, won’t be so lucky. Which is why the National Alliance for Consumers, a Venezuelan consumer advocacy group, is asking Delta to re-establish the number and frequency of its flights and help the more than 2,000 people who are currently stranded. “If an airline in the U.S. or Europe sells too many tickets for a flight, it automatically offers compensation [along with relocation or reimbursement] to passengers who lose their seats,” says Roberto León Parilli, the advocacy’s group president. “Why should it be any different in Venezuela?”