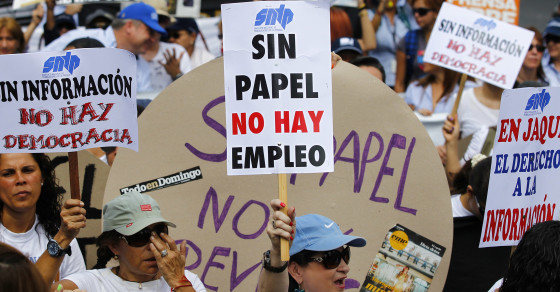 The Death of Free Press in Venezuela?
By Jan-Albert Hootsen

The Death of Free Press in Venezuela? 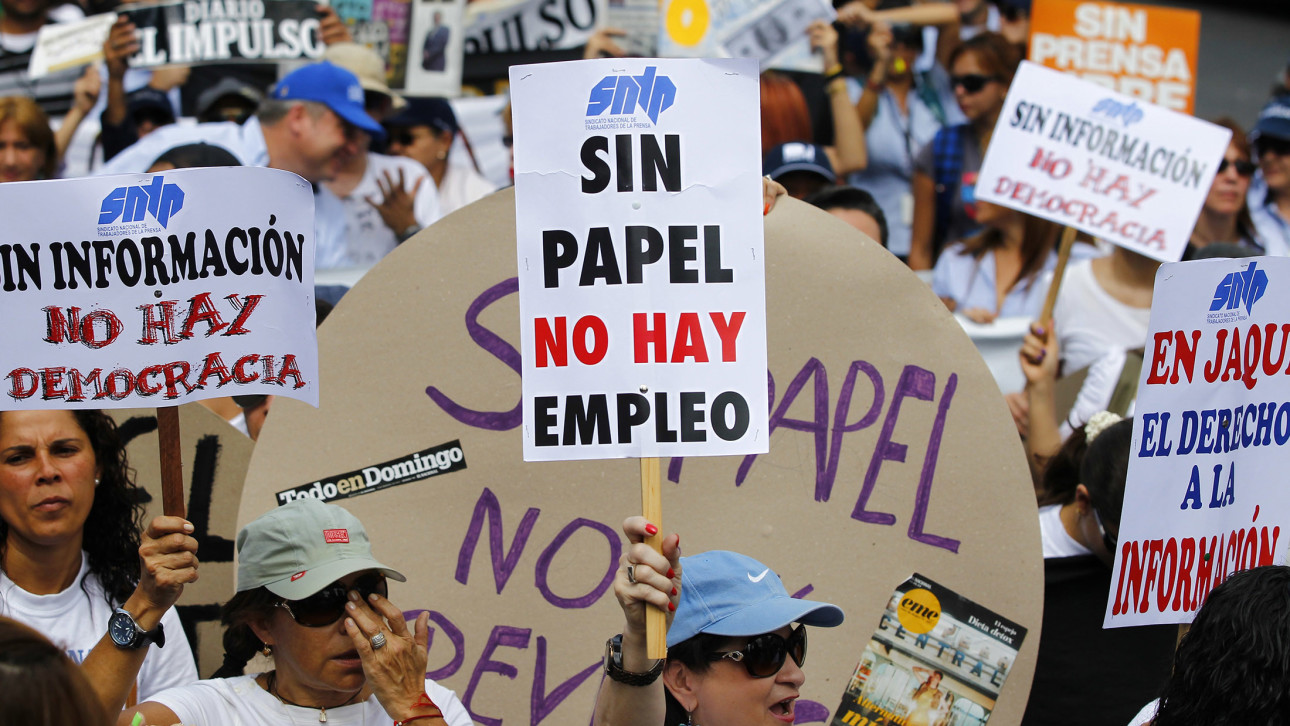 For over a year, Venezuela has suffered wartime-like scarcity of basic goods such as rice, coffee and toilet paper. While the shortages have emboldened the government’s critics, a recent lack of newsprint could potentially quieten the opposition, as the regime led by President led Nicolás Maduro tightens its grip on the country’s newspaper sector.

Several weeks ago, executives at a host of Venezuelan newspapers, including national dailies El Nacional and El Impulso, said they were on the verge of shutting down their print editions due to a lack of paper to print on. The newspapers are in crisis because of government-imposed restrictions on obtaining US dollars, which the papers need to import newsprint, as Venezuela doesn´t produce the material domestically. The only way for the country’s independent media to legally gain access to greenbacks is through a government-run auction, but the newspaper industry has been excluded from the auctions for some time now.

A journalist at the newsroom of the Caracas-based daily Cadena Capriles.
Carlos Garcia/Reuters

In total, 29 newspapers have now reduced the size of their print edition and at least twelve newspapers have stopped printing altogether. “The situation is really bad”, says Sara Kafrouni, a reporter for Zeta, a weekly supplement of the Caracas-based El Nuevo Pais, one of the few remaining outlets that’s openly critical of the government “Quality is going down. In my magazine we don’t even print in color anymore, to save resources.”

The Venezuelan government has promised to ease the paper crunch. Economy minister Rafael Ramirez recently announced a distribution program, with newsprint being doled out by a government-run publisher. But it seems the program isn’t solving the problem. Two weeks ago, El Impulso—Venezuela’s oldest daily, which also provides a voice for the country’s opposition—was offered a cargo-load of paper, but it turned out to be the wrong size and was thus useless. The newspaper nevertheless managed to get hold of 40 metric tons of white paper, originally meant for a magazine, which will allow it to publish its print edition for a few more weeks.

A woman holds up a sign reading "'Without free press, there is a dictatorship", during a protest against the newsprint shortage by newspaper workers and opposition parties.
Carlos Garcia Rawlins/Reuters

The newsprint shortage exacerbates the already dire state of press freedom in Venezuela. Last year Globovisión, the last major television broadcaster that spoke out against the government, was sold to new owners sympathetic to the current regime. It has since toned down its anti-government rhetoric, leaving opponents of Maduro without any airtime on national and local television.

With dailies such as  El Impulso, El Nuevo País, El Universal and El Nacional in danger of shutting down because of a lack of newsprint, there is now a real possibility the government will soon enjoy something like a media hegemony. “It’s a terrible situation”, says El Nuevo País reporter Kafrouni. “Less information means more government control.”

The prospect of a largely government-controlled media is particularly worrisome at a time when violent clashes have broken out between pro- and anti-government forces in Caracas and other major cities across the country. Opposition sympathizers, who’ve taken to the street to protest Maduro’s poor handling of the economy, have been repelled by both police and pro-government militias. At least 18 people have died in the clashes, according to official statements.

Should the media become all pro-government, all the time, Maduro’s opponents would be wholly dependent on the Internet and social media to spread information. But even online media sites aren’t immune to government control. Two weeks ago, Twitter reported that the government had blocked users from sending images of recent protest marches.