Can Birthers in Venezuela Bring Down Their President?
By Jan-Albert Hootsen

Can Birthers in Venezuela Bring Down Their President? 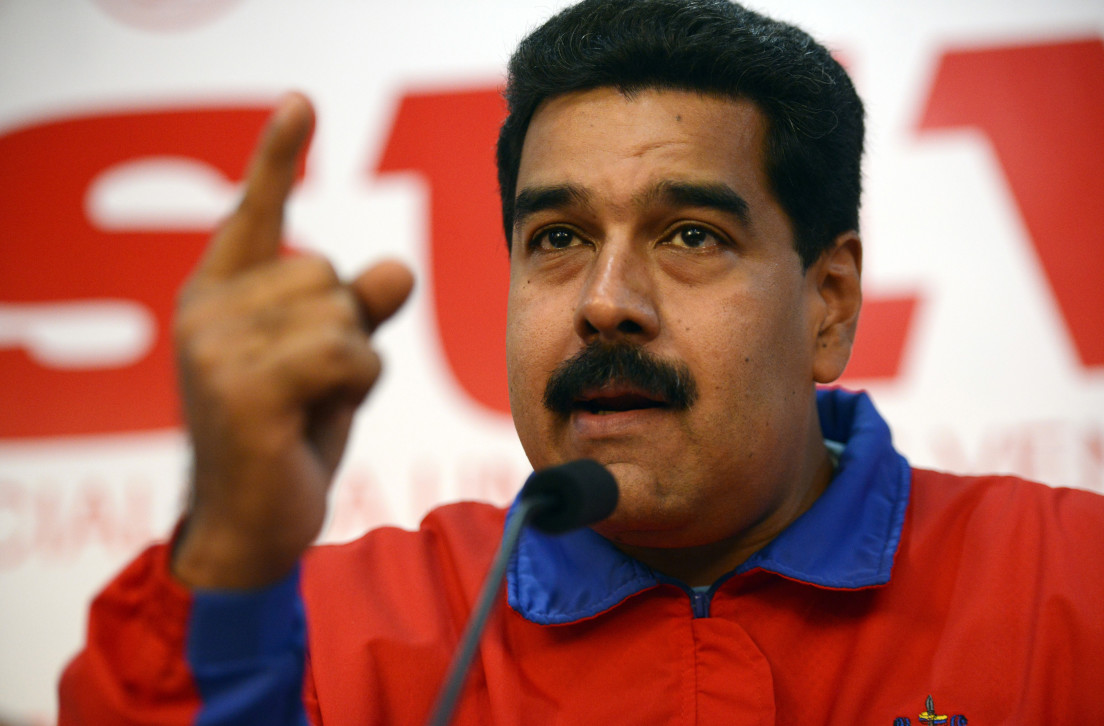 In the U.S., most people see birthers as a bunch of kooks and conspiracy theorists—and their claims that President Obama was actually born in Indonesia have failed to catch on.

Venezuela also has a birther movement that, similarly, aims to unseat the country’s leader. But unlike in the U.S., their version is gaining some steam. What started out as some opposition grumbling earlier this year after losing the presidential election has become a mainstream topic of conversation. And the controversy just won’t go away.

Last month, a group of Venezuelan opposition politicians visited a small house in the Cacora neighborhood of Cúcuta, a gritty Colombian city on the border with neighboring Venezuela. The goal: to prove that their president, Nicolás Maduro, was actually born in Colombia and is therefore ineligible to be president. The Venezuelan constitution prohibits any person who was born in a foreign country or who has dual citizenship from running for the highest public office. As in the U.S., birthers are demanding to see Maduro’s birth certificate.

Even opposition leader and Miranda state governor Capriles Radonski, who lost to Maduro in elections in the spring, has gone full birther. “We love Colombia, but to exercise the highest office of this country one cannot have two nationalities,” he said in September.

Maduro, the anointed successor of Hugo Chávez, the firebrand socialist president who ruled Venezuela from 1999 until his death last March, beat Capriles by only 1.5 percent in April. The opposition alleged fraud, but was rebuffed by the election committee. It was a heavy blow to the opposition, united under the Table of Democratic Unity (MUD), after Capriles had already lost to Chávez himself last October. With its momentum fading, the MUD was desperately looking for a case against the legitimacy of Maduro’s presidency. They believe they found it in his birth certificate.

Maduro’s past has always been a bit of a mystery. Before he was a close confidant of Chávez, he made a name for himself as a bus driver in Caracas who became a union organizer and eventually a top official in the Chavista government as secretary of foreign affairs and vice president.

Of the first 30 years of his life, however, very little is known. The president himself claims he was born in the Caracas parish of Los Chaguaramos. His foreign secretary  Elias Jaua, however, said that his birth parish was actually El Valle, also in Caracas. José Gregorio Vielma Mora, the governor of the border state of Táchira, meanwhile, insists that the president was actually born in his state, only three blocks away from the border with Colombia.

To add to the confusion Tibisay Lucena, president of the Nationale Electoral Committee, last month produced what she claims is a birth certificate showing that Maduro was, in fact, born in Caracas, but in the La Candelaria parish.

Most opposition members believe none of those theories, and many claim the birth certificate shown by Lucena is a forgery. They’re pushing yet another theory: that Maduro was born in the Colombian border city of Cúcuta, and that his mother crossed the border and registered her son two years later in Caracas.

“He has six places of birth,” opposition organizer and former national assembly member Pablo Medina said mockingly last week, as he organized another birther protest march to the Supreme Court in Caracas. He was also part of the group that made the house visit in Cúcuta last month, and has become one of the leaders of the Venezuelan birther movement. “Show us your real birth certificate or be ready to leave the presidential palace!”

Amid these competing stories of the president’s origins, the birther movement has crawled its way into the top rungs of the opposition. And that’s where the Venezuela birthers are different from their U.S. counterparts: This is no fringe movement frowned upon by moderates. “I think the case against Maduro is stronger than the case against Obama ever was, partly because one believes in U.S. institutions, but not so much in Venezuelan ones,” says Juan Nagel, a Venezuelan economist and political commentator based in Chile.

Part of what’s helping to fuel birtherism here is Venezuela’s socio-economic problems, which are legion. They include runaway inflation, a scarcity of basic products, and an explosion of crime, which Maduro’s government so far hasn’t been able to combat effectively. Even the staunchest sympathizers of Hugo Chávez’s socialism are beginning to doubt that Maduro is capable of tackling the problems plaguing the country.

Could the birthers bring down the president? Nagel says: “It’s hard to say. The opposition has been making inroads into Maduro’s popularity, but it is mostly because of the terrible economic situation. Has the birth certificate issue helped? Probably. I don’t think, though, that it’s made a large difference, in part because the media doesn’t cover the opposition like they used to. I don’t know how effective their message can be in this adverse media environment.”

Maduro himself scoffs at the birthers, and his sympathizers regard the whole affair as the opposition being sore losers. Still, Venezuelan birtherism is here to stay. Henrique Capriles hasn’t adressed the issue since Tibisay Lucena showed what she claims is Maduro’s birth certificate last month, but many others continue to press the issue.

In the U.S., the birthers eventually did little more than make a mockery of themselves. Nagel doesn’t believe the Venezuelan birthers will wind up in a similar position. “There is some risk involved for the opposition, but it mostly has to do with being perceived as insensitive about the country’s real plight. Birtherim distracts from that.”