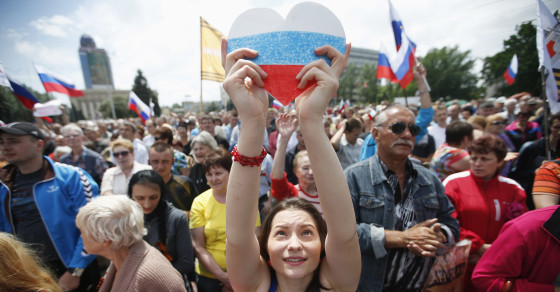 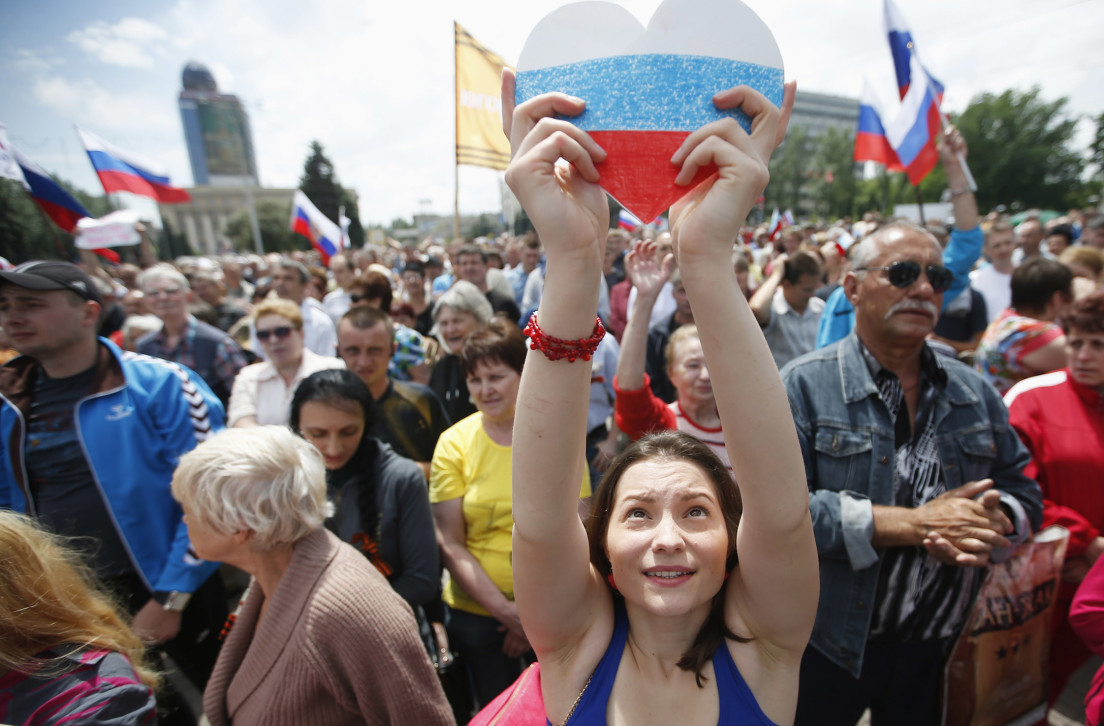 When the crisis in Ukraine erupted in fall 2013, pro-Europe Euromadian protesters took to social media to garner widespread sympathy for its cause. Now pro-Russian separatists in the so-called People’s Republic of Dontesk are employing similar tactics, relying on hashtag activism to generate support for its movement in eastern Ukraine.

One pro-Russian online campaign is called #SaveDonbassPeople (Donbass is the region where Dontesk is located). The campaign was sparked by an aerial attack launched in Donetsk last week by Ukrainian troops, which separatists claim resulted in the deaths of more than 100 of their fighters. On Twitter, Facebook and VKontakte, people are shown holding signs saying #SaveDonbassPeople—the hashtag was tweeted more than 98,000 times in the last week—while supporters have posted YouTube videos of alleged brutality committed by the Ukrainian army against pro-Russian rebels. (Warning: Link contains graphic images.) 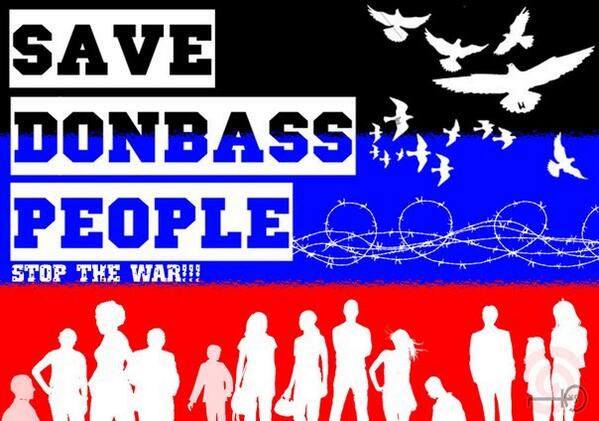 The campaign’s use of English is an apparent attempt by the rebels to change their image in Western media, which to date has portrayed them mostly as mindless zombies repeating the propaganda espoused by Russian state TV networks. “We want to show the suffering of the Donbass people, created by aggression by the Ukrainian military,” writes one pro-Russian separatist on Facebook.

In a move befitting a PR war, #SaveDonbassPeople has already fueled a backlash, with pro-Ukrainian nationalists using the hashtag to counter pro-Russians’ claims.

That might explain why pro-Russian activists are also using the more salvation-specific #SaveDonbassPeopleFromUkrArmy. But that particular hashtag hasn’t caught on: It’s been tweeted only 6,800 times in the last week. 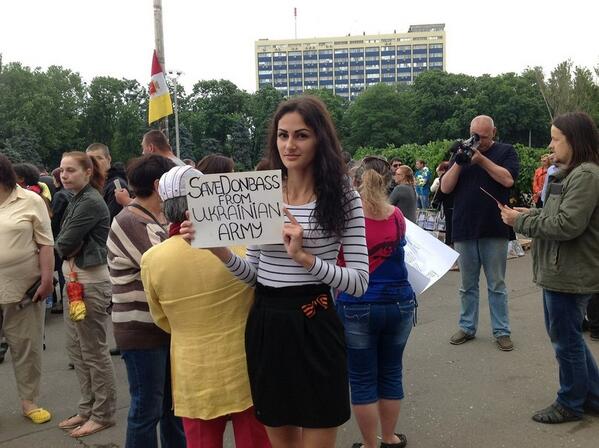 The latest phrase to appear on Twitter is #SaveDonbassChildren. The blatant play for sympathy has received the endorsement of pro-Russian media outlets such as television network Russia Today, which has aired stories about an orphanage in Donbass that was damaged by Ukrainian weapons fire.

Hashtag activism, which is gaining traction thanks to recent high-profile campaigns such as #BringBackOurGirls and #YesAllWomen, isn’t the only tool in the Donetsk People Republic’s arsenal. The separatists are also trying to reach potential recruits with high-end PR commercials and even music videos, one of which features members of the Russian Orthodox Army rapping for the cause—they’ve been called “the breakaway region’s unofficial shock troops.”

But the following PR video from the pro-Russian Donbass militia is a must-see. It rivals some of the most over-the-top, apocalyptic political attack ads now airing in the U.S., with a narrator intoning, “World War III is coming! Join the Donbass Self-Defense!”

The above video has been shared more than 300 times on the South Front Facebook community page, which positions itself as a bunker buster in the information war in southeastern Ukraine. The page also features pictures of passports from citizens in Germany, Bulgaria and France, side by side with #SaveDonbassPeopleFromUkrArmy signs, in a bid to show external support for the cause. You can also see a similar recruitment video from members of the Russian Orthodox Army with ominous music, images of scared children and Photoshopped fire here.

While the separatists attempt to popularize their cause abroad, the Donetsk People’s Republic may need to first focus on its internal politics. Reports emerged this weekend that a largely Russian, possibly Chechen, contingent known as the “Vostok Battalion” had forcibly taken over the Donetsk People’s Republic headquarters, allegedly to clear out vagabonds and looters who were giving pro-Russians a bad name.