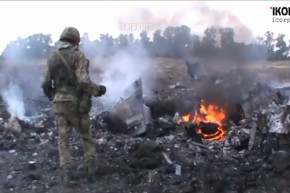 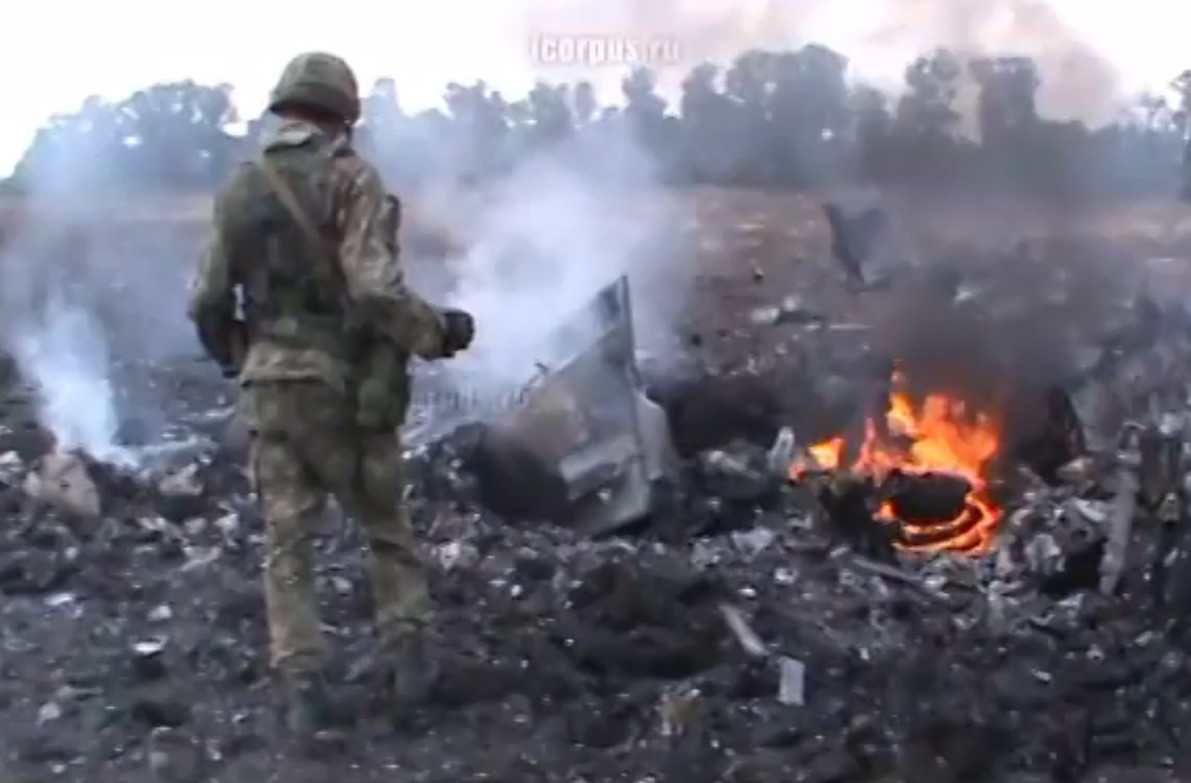 Two Ukrainian warplanes were shot down Wednesday over rebel-controlled eastern Ukraine in the same area as a Malaysian airliner that was downed five days ago. While it’s been alleged that separatists shot the Malaysian Airlines flight out of the sky, Ukraine government officials are claiming that the missiles that brought down the two military planes were launched directly from Russian territory.

The allegations—the first time officials in Kiev have accused Russia of launching an attack from its own side of the border with Ukraine—are the most explicit indictment yet of the Russian government’s role in the separatist movement wreaking havoc in eastern Ukraine.

The Ukrainian air force planes, Russian-built Su-25s, were struck around Saur-Mogila, a town 5 miles west of the Russian border. The planes were flying in the same vicinity as Malaysian Airlines Flight MH17, which was shot down last week with 298 passengers and crew on board. The pilots of both jets ejected from the aircraft, Ukrainian officials said. Their whereabouts have not been reported.

Where the Two Ukrainian Jets Were Shot Down

The area in eastern Ukraine, near the country's border with Russia, where two Ukrainian military jets were shot down on Wednesday.

At a briefing Wednesday, Andrei Lysenko, a spokesman for the Ukrainian National Security and Defense Council, said the warplanes were returning from a mission supporting troops in eastern Ukraine when they were shot down.

“According to preliminary information,” Lysenko said, “the missiles were launched from the territory of the Russian federation.” He added that the planes were brought down by “very powerful anti-aircraft” systems that the rebels controlling the area don’t possess.

The charges come days after U.S. and Ukrainian officials accused Russia of supplying pro-Russian rebels with an SA-11 surface-to-air missile used to down the Malaysian flight. Secretary of State John Kerry also cited photographic and video evidence showing that, soon after the attack, a missile launcher was moved back across the border from Ukraine into Russia with at least one missile missing.

After the official Ukraine briefing, rebel leader Igor Strelkov issued a ban on all media in the area, effective immediately. Strelkov is a Russian citizen from Moscow who served in Russia’s Federal Security Service (FSB) until last year. On a VKontakte page attributed to the rebel leader, he appeared to take credit for shooting down a plane before realizing it was a civilian passenger jet. Those posts have since been scrubbed from VK.

Since the beginning of June, separatists have shot down a total of six Ukrainian military aircraft, including one the day before Flight MH17 was blasted out of the sky.