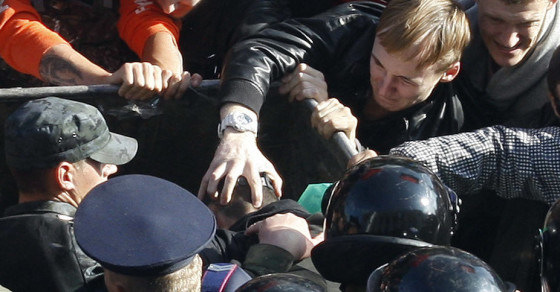 Watch Angry Ukrainian Protesters Throw a Politician in the Dumpster 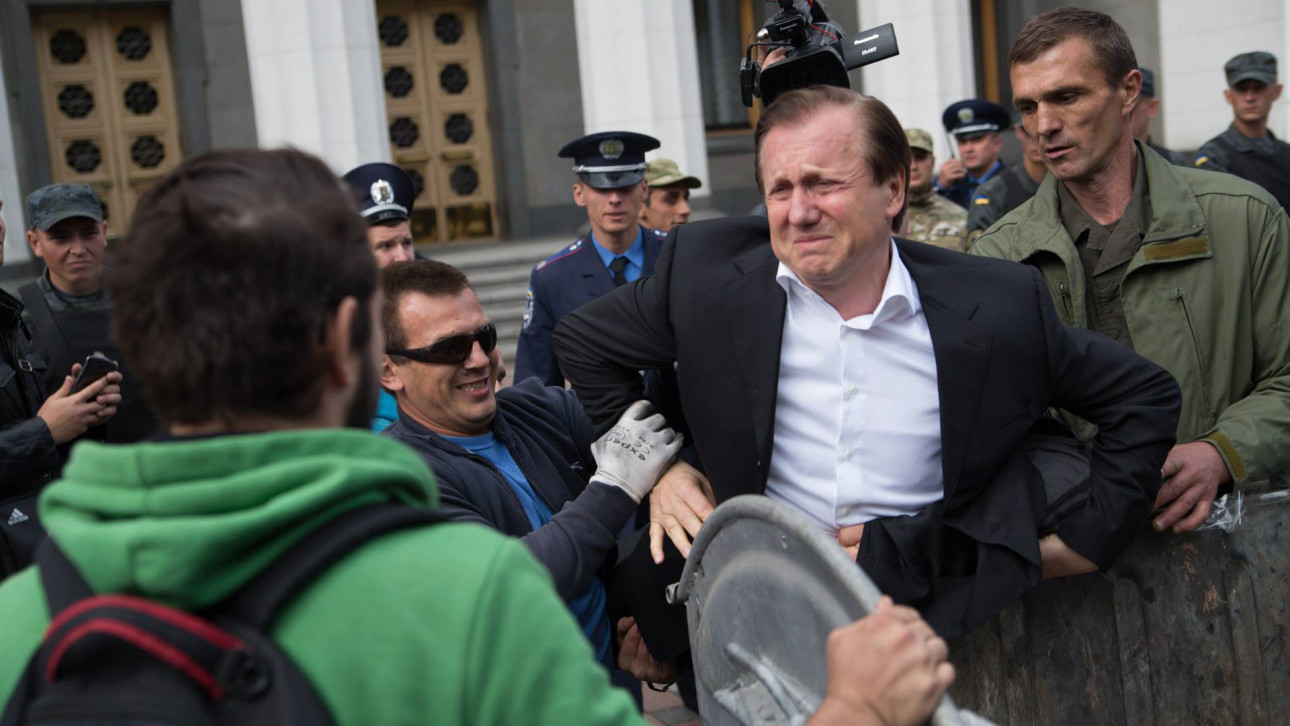 It’s been a hell of a year for Ukraine. Months of fiery protest, the overthrow of a president, a Russian invasion and even a war.

But despite a cease-fire that’s in effect, there’s no sign that things are settling down. On Tuesday, some activists of the extremist pro-Ukrainian party Avtomaidan threw a Ukrainian parliament member in a metal trash can, doused him with an unknown liquid and threatened to light him on fire. It was all part of a demonstration outside parliament in which hundreds of members of the far-right parties of Ukraine—Right Sector, Avtomaidan and Volya—demanded the passage of law on something called “lustration.”

Lustration in Ukraine means cleansing the government from its past by screening officials and often punishing them for involvement in a past regime. Punishments can include stigmatization or removal from office. The point of lustration for many Ukrainians is to ensure the corruption that was so prevalent in the regime of Viktor Yanukovich, who was forced from office earlier this year, is eradicated. (The law passed, but it’s unclear what the net effect will be for members of parliament.)

The YouTube video shows Vitaliy Stanislavovich Zhuravskiy, a Ukrainian MP since 1998 with no party affiliation, lying in a dumpster while a protester forcefully holds his head down. Demonstrators push and shove the dumpster in every direction until the cops grab Zhuravskiy’s hands and pull him out. In the background, demonstrators are burning tires and shoving police officers.