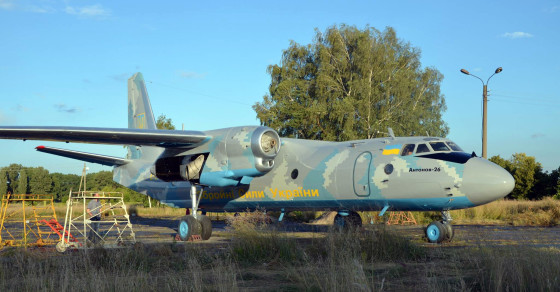 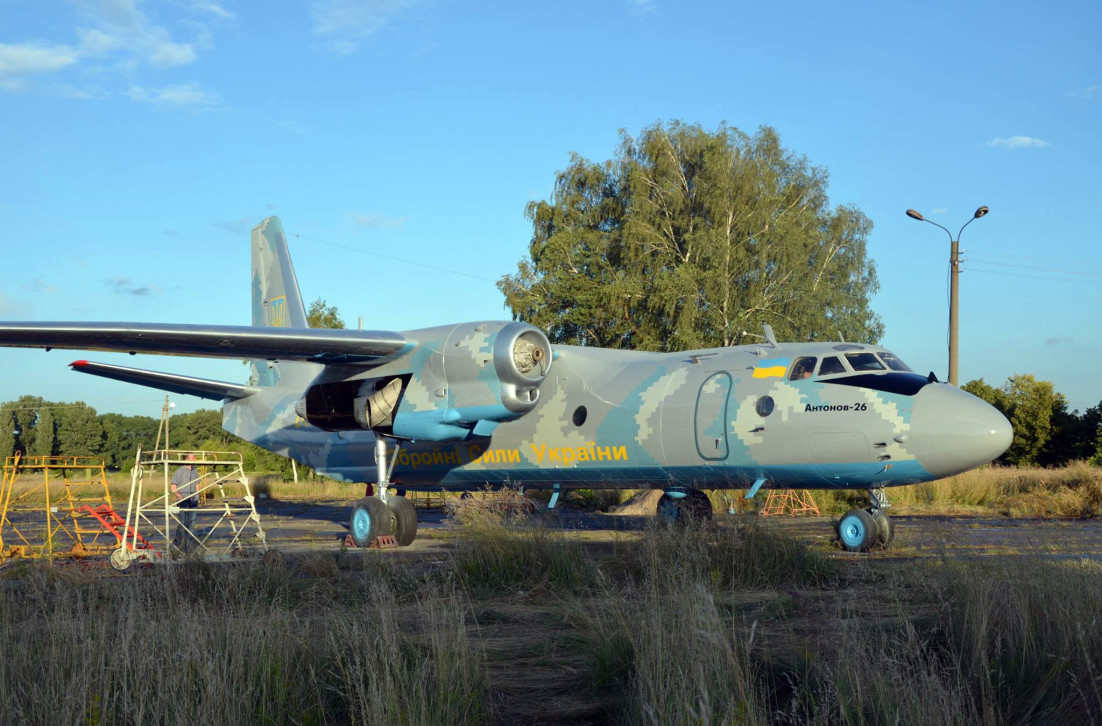 The Ukrainian military has been losing aircraft left and right. Pro-Russian separatists have shot down at least four in the last month alone, including an Il-76 Ukrainian army transport plane that they zapped out of the sky with an anti-aircraft missile, killing all 49 servicemen on board. Despite a promise of a ceasefire, today they shot down another Ukrainian chopper, killing nine.

But a man known as “Phoenix Wings” is doing his bit to help restore the fleet. Working with a bunch of other engineers and activists, he is busily refurbishing a military transport aircraft that’s at least 25 years old. The plane, manufactured by the Ukrainian Antonov company in the former Soviet Union, had been abandoned by the Ukrainian military in 2005 and was gathering dust in an undisclosed location in Ukraine.

According to Phoenix Wings, real name Yuri Biryukov, the army approached him about making the “dead” plane fly again. “I was asked to fix the An-26 aircraft,” he told a local Ukrainian news outlet earlier this month, explaining that two pilots had approached him and told him about the obsolete plane.

Problem is, the Ukrainian army is effectively broke. In fact, it solicited donations earlier this yea via its website and SMS, and raised more than $2.3 million for bulletproof vests and other equipment. But there was nothing left to rehab an old Soviet aircraft into a badass plane equipped to fight in 2014.

Biryukov stepped in. Armed with 300,000 Ukrainian hryvnia (about $25,000) from his own crowdfunding efforts, he replaced the plane’s hydraulics and convinced the chief engineer at Antonov to ignore the rest of the debts owed by the Ukrainian government to help fix this plane.

One of Biryukov’s colleagues, Marina Dobrovolskaya, spoke to us this week and says work began in May. The plane will be ready to fly next month.

Most Ukrainian aircraft, and weaponry in general, is Soviet era issue. In March, at the peak of the battle for Crimea, German broadcaster Deutsche Welle did an analysis of Ukraine’s fighting power with military expert Valentin Badrak. They concluded that “only a handful of Soviet fighter jets are actually operational,” due to a shortage of replacement parts. That’s a handful out of a total Ukrainian fleet of some 400 fighter jets. (Russia, by comparison, has a 3,000 military planes, according to GlobalFirepower.com.)

Ukraine’s armed forces aren’t exactly intimidating, either. Official estimates place the number of battle-ready soldiers and officers at about 130,000. Russia, seen as largely responsible for arming separatists in eastern Ukraine, has more than five times that number.

Volunteers paint the An-26. "This aircraft was named Lucky," says civilian militia commander Yuri, leader of the crowdfunding project.

Dobrovolskaya confirmed to us that Biryukov opened a dedicated bank account for the An-26 refurbishing campaign, asked for donations, “negotiated with factories, and purchased parts across the country and beyond.” The donations came from all over the world—Europe, Canada, the United States, the United Arab Emirates and even Russia—and much of it from individuals rather than organizations, she said. The fact that they were able to raise so much money in such a short span of time impressed the activists, who noted that the average yearly income in Ukraine is $2,000 to $3,000.

“[Our] engineers worked all day for two months,” says Dobrovolskaya. Volunteers include experienced military aircraft technicians as well as captains, majors and lieutenant colonels who have served in the Ukrainian army. Painters from the group put on a fresh coat for free.

“Look how handsome he is!” the volunteer and mother of two tells us excitedly. From pictures posted to the aircraft’s crowdfunding Facebook page and interviews, the crew that put this bad boy back together is truly motley—mothers, fathers, civilians, secretaries, engineers. All together, “several thousand people” donated and were involved in the pimp-my-plane project, she says.

Before and after images of the rescued An-26 aircraft, taken from the Facebook page of the crowdfunding campaign. "It is the only An-26 with this kind of paint job," says a Phoenix Wings activist.

We asked Dobrovolskaya why the Ukrainian army just allowed a bunch of civilians to come and go on a military base. “The military realizes that without the common people, they cannot do anything,” she says. “We are the state. We are the people. We pay taxes and we want to see a happy and peaceful country.” When we asked what base they worked at, her only response was to ask if we are spies.

Biryukov is sort of the informal king of military crowdfunding in Ukraine. He also raised $250,000 to help the Ukrainian military with equipment and sent food to soldiers in Crimea in March, when Ukraine was trying to repel pro-Russian soldiers from their key posts, before Russia eventually took over the Black Sea peninsula. He has a day job at a travel company, but 39-year-old Yuri has even crowdsourced his own militia.

So what’s the next project of the successful Phoenix Wings group? Another plane?