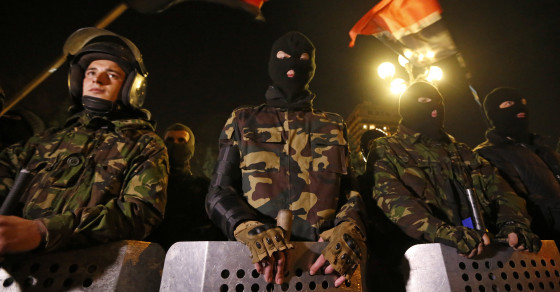 Organizing a Right-Wing Ukrainian Militia? There’s an App for That
By Rachael Levy

Organizing a Right-Wing Ukrainian Militia? There’s an App for That 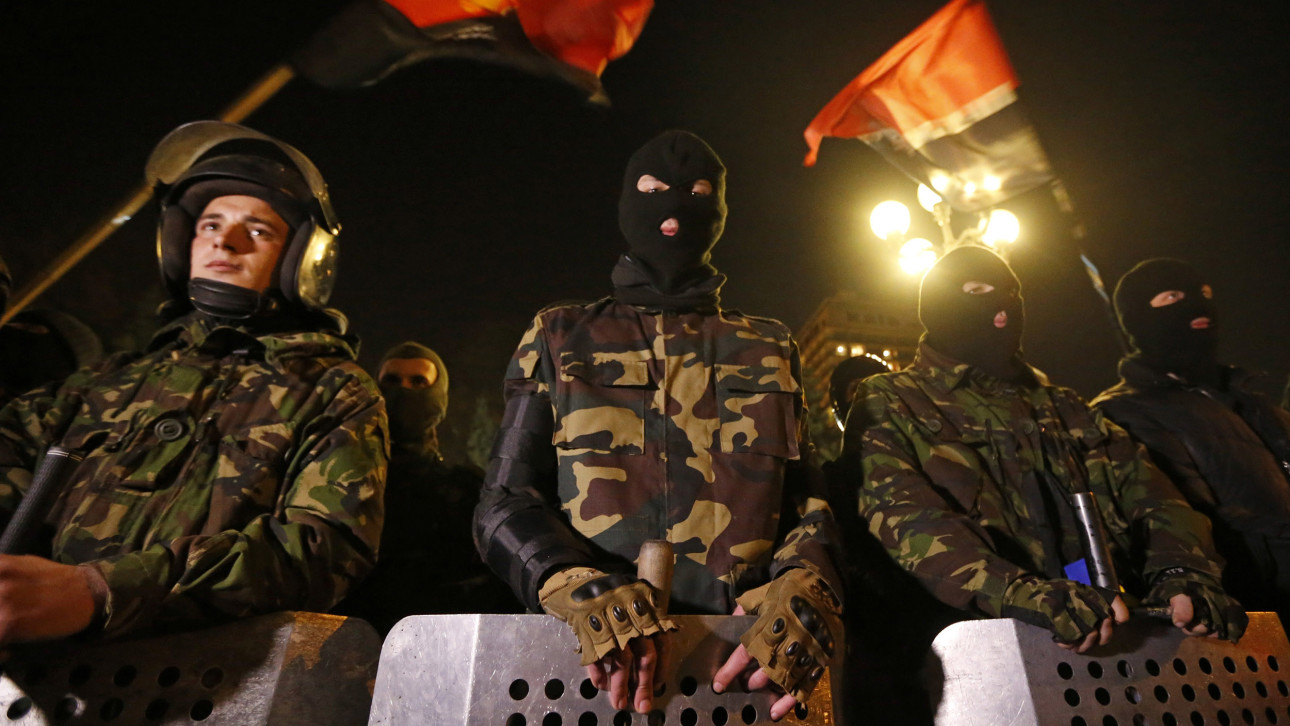 t
For anything you do in real life, it’s likely there’s an app to help you do it more easily and efficiently online. If you want to order lunch, you open up Seamless. If you need a quick hookup, there’s Tinder.

And if you want to organize a right-wing Ukrainian militia in real time—well, finally, there’s an app for that.

The Right Sector, a Ukrainian ultra-nationalist political party and paramilitary militia, now has an app to help organize its followers. The group, which came to prominence after the beginning of unrest in Ukraine in November 2013, was a central player in the months-long protest that ousted President Viktor Yanukovych, leading some of the most violent clashes with police. The group even courted Russia’s most wanted terrorist as part of their resistance to the Russian incursion.

The group had been reaching out on VKontakte, Russia’s version of Facebook, but now it has gone one step further via its bespoke Android mobile application.

The Right Sector app is currently available worldwide via the Google Play Market, and developers are planning an iOS version which will hit the App Store soon. Released three weeks ago, the app’s developers claim that there have been 10,000 downloads.

The app’s chat features allow users to communicate anonymously, and retain the data for only up to five hours. Among the messages of incitement and self-congratulations, much of the chatter in the app’s chats was tactical in nature, alerting its members with updates from the field:

Some posts from Tuesday show how the group is using their app:

“Attention Right Sektor fighters!!! About an hour ago three Ukrainians were shot on the border between Ukraine and Poland. Probably were shot by a sniper. HEROES DON’T DIE.”

“To all the coordinators of the right sector OGA squad in Lviv, the situation is out of control. in 3 PM you should all be here (probably in a meeting. otherwise you’ll be fired.”

The app’s news feature primarily provides information on the Right Sector’s local community efforts and political activities. (Dmytro Yarosh, the leader of the Right Sector, has stated his intention to run for president.) The app is already actively being used to discredit Yarosh’s political opponents and could potentially be used to establish the party’s political presence and mobilize supporters.

It also has a donate feature, encouraging users to financially contribute to its development. Crowdfunding via social media has been reportedly used to finance food, clothes and portable generators for the Ukrainian military.

The situation in Eastern Ukraine escalated again on April 7 when pro-Russian separatists in four cities along the border—Donetsk, Kharkiv, Luhansk and Mariupol—stormed government buildings and declared independence from Ukraine. The developments seemingly replicated recent events in Crimea and are widely perceived to have been orchestrated by Moscow.

In response to the latest developments the Right Sector began mobilizing its civilian activists and members to the conflict areas via social media.

Ivan Panchenko, the app’s developer and creator, cited concern among users that the application could be used by outsiders to gather intelligence on the Right Sector’s activities. According to Panchenko, security features will be incorporated in the near future, including geo-blocking to prohibit downloading the app from within the Russian Federation, a response to pro-Russian users using the app to troll Pravy Sektor members. Developers are also planning to implement a more secure messaging protocol.

Panchenko, who says he is a student and not a member of the Right Sector, had the idea for the application after the revolution in Kiev. It was pulled together within a single month in order to create a platform for Ukrainians to communicate in a “fair and friendly atmosphere.”  “Within this application, we are all one family,” Panchenko says. He also tells Vocativ that they are planning an English version of this application with additional features. “No state has tried to block our application, so we are fine,” he says.

In Kiev there is growing concern about militias. On March 31, the Right Sector was held responsible for a shooting near the Maidan square in which three people were wounded. Police raided their headquarters and reportedly uncovered a cache of weapons. A day later, the Ukrainian parliament voted to disarm paramilitaries, paving the way for the authorities to act against self-defense groups that sprang up during the wave of protests against the previous government.