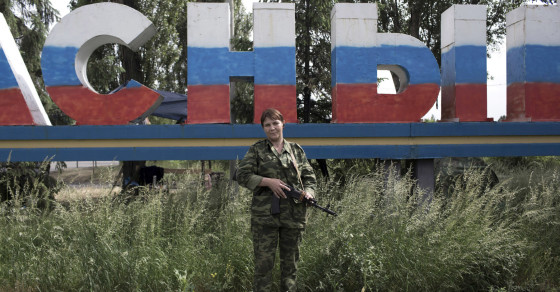 Meet the Female Fighters of Eastern Ukraine
By Versha Sharma 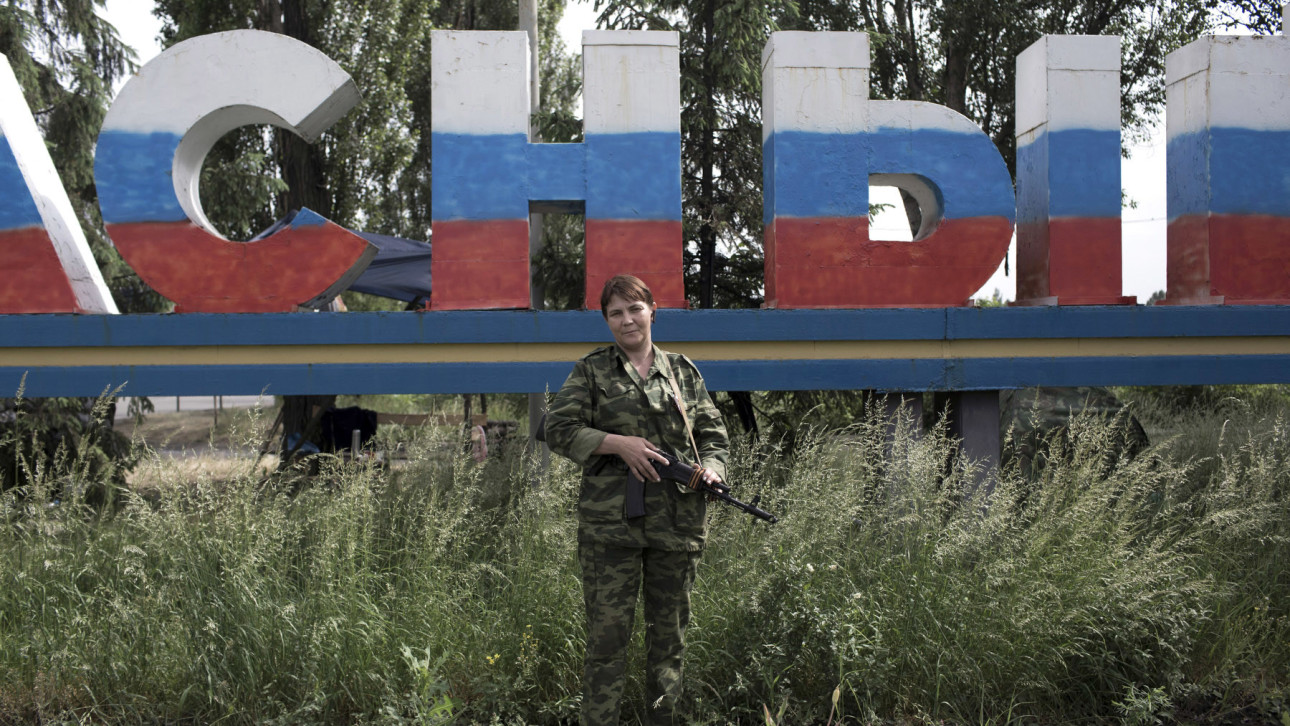 In the increasingly chaotic regions of eastern Ukraine, women are now taking up arms alongside men, seeking to join the front lines as members of pro-Russian citizen militias.

As the violence between the rebels and pro-unity forces grows more intense—at least 400 pro-Russia insurgents have been killed in eastern Ukraine over the past two weeks, according to rebel leaders—more and more women have been spurred to prepare for a real war against Kiev. Many of them have brothers and husbands fighting on the front lines, some of whom have been killed.

“Why is it strange that a woman serves? Men serve,” says Olesya Gerasimenko, leader of a women’s battalion in the eastern region of Luhansk. She is married to another rebel serving nearby in Sloviansk. “Look at the situation we’re in. If our men protect us, we also have to help our men.” Another woman in her militia, Yelena Dostova, has a brother serving alongside Gerasimenko’s husband.

The 25-member women’s battalion is stationed in the town of Krasny Luch. It formed in April after Dostova and five other women were asked by rebel leaders to set up a street barricade to block Ukrainian police. Now they man checkpoints in the city with assault weapons and handguns at the ready.

A close-up of Olesya Gerasimenko, leader of the women's battalion in Krasny Luch, a town in Luhansk province in Ukraine's embattled east. She stands guard at a checkpoint on the edge of town.

Other press reports suggest that militias in the so-called Donetsk People’s Republic, a stronghold of pro-Russian sentiment, are already enlisting women on the ground, though apparently to serve as human shields. A Kiev-based online media agency quotes DPR leaders as saying “no one will shoot at the separatists if they are women,” a tactic confirmed by Foreign Policy.

Several posts to VK.com, the Russian equivalent of Facebook, suggest that women have either already joined the fight or are looking to volunteer. In a thread about citizen militias in Donbass, which is located in eastern Ukraine, women ask to join the rebel fighters. “We ladies are courageous!” Anastasia Mironyuk wrote on June 2.  A few hours later, a man named Diego Garsia responded, saying that “the militia just announced that they are taking women. Try.” Garsia then instructs her to report to the headquarters of the People’s Republic in Luhansk. Other female VK users write about their desire to fight: “I want to expel as many fascists and Nazis as possible. What should I do?” The alleged neo-Nazi menace in eastern Ukraine is often used as a pro-Russian recruitment tool.

While there’s no doubt that women are arming themselves and preparing to fight, some of the purported female fighters might be little more than propaganda tools. A video published recently to the VK account of the Donbass separatist militia introduces four masked women from Luhansk who declare war against “the Ukrainian junta.” (Labeling the current government in Kiev an illegitimate junta is a popular strategy among pro-Russian separatists.) In the video, the women, dressed in camouflage and toting Kalashnikov rifles, say they took up arms because they’re “fed up.” Around the half-minute mark, one of the women issues a threat to the all-female pro-Ukrainian battalion called Maidan’s Unit 39: “Girls, you’ve got a chance. Stop what you’re doing or die.”

The women claim to be members of the Russian Orthodox Army, a pro-Russian separatist group based in the Donbass region that’s led by Igor Strelkov, the fearsome Russian intelligence officer who has made a name for himself as a leader of the eastern Ukrainian insurgency.

But comments on the video’s YouTube version have cast doubt on the women’s authenticity. One of the masked women, commenters note, sounds eerily similar to the well-known pro-Russian activist Maria Tsipko. Though Vocativ could not confirm the woman’s identity, Tsipko has a documented history of showing up in the right place at the right time to tearfully or angrily advance the pro-Russian cause. The website StopFake.org, which is the Ukrainian equivalent of America’s Politifact, calls Tsipko a “traveling performer.”

A member of the women's battalion in Krasny Luch, a town in Luhansk province in Ukraine's embattled east, stands guard at a checkpoint on the edge of town. Note the ballet slippers.

“Tsipko regularly gives witness statements to mass media, acting as a resident of Odessa, Donbass, or any other hot spot,” the website says in the article, “How To Identify A Fake” in the media (the propaganda war in Ukraine is almost as heated as the clashes in the streets). A reporter at the Ukraine Press website says Tsipko has played such “major roles as…’a soldier’s mom,’ ‘resident of Kharkiv,’ ‘refugee from Odessa’ and a Ukrainian woman forced to flee to Moscow because of poor treatment of her family in Crimea.” It has even compiled videos of some of her best media appearances.

Whether or not the women in the video are real fighters probably doesn’t matter, given that women in eastern Ukraine already seem plenty eager to join the pro-Russian fight. But it’s important to note that even realistic elements of the conflict can be twisted into propaganda.