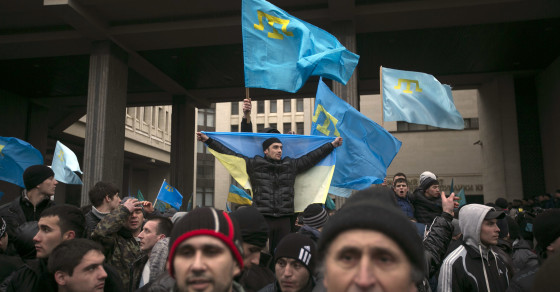 Jihadis Are Seething at Russia Over Crimea—Will It Boil Over?
By Adi Kochavi

Jihadis Are Seething at Russia Over Crimea—Will It Boil Over? 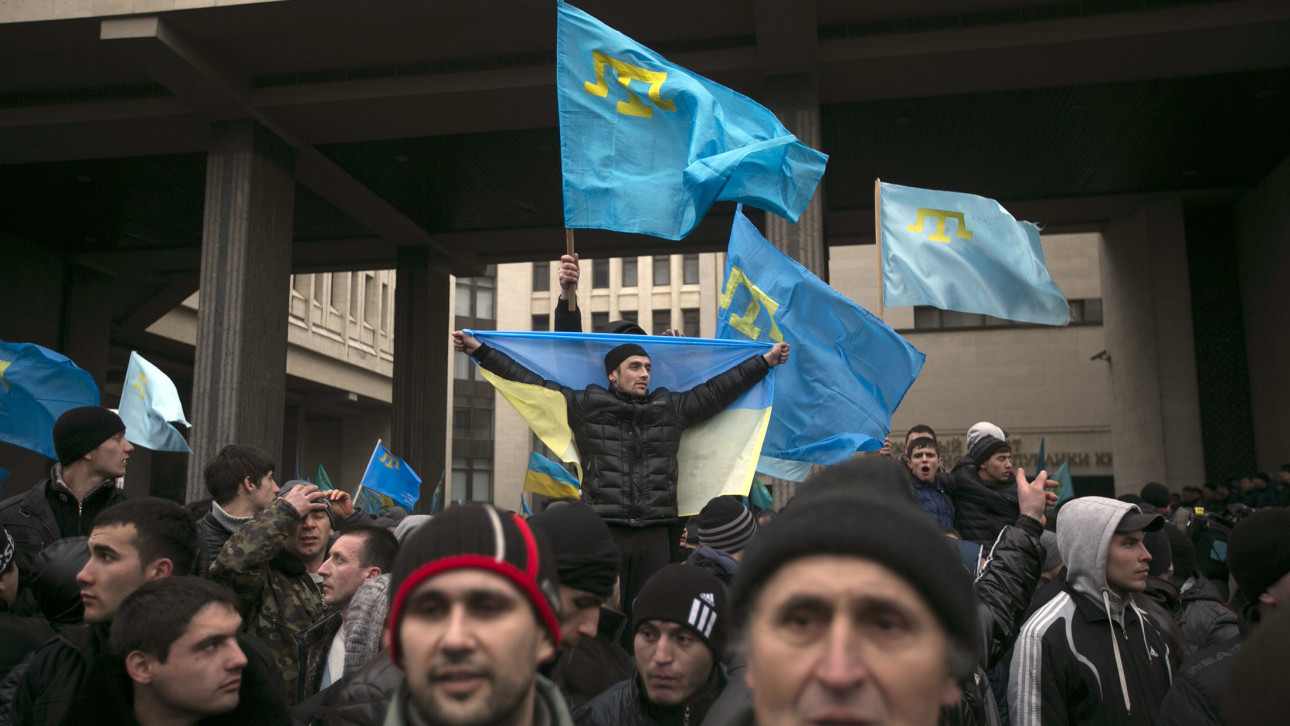 With Russia and Ukraine in a tense standoff over the fate of Crimea, jihadis are bashing Russia in their forums and social media accounts. In some cases, they’re even calling on Muslims to travel to Eastern Ukraine to defend their religious brothers.

This week, the hashtag #NafirforUkraine began making the rounds on Twitter. The Islamic Arabic term “Nafir” is a call to action that requires any member of a jihadi group to travel to the country Nafir is called against and participate in a holy war in the name of Allah. Nafir was declared in the early stages of the conflicts in Syria and Egypt, and it helped spark jihadi migrations into these nations.

In this case, there’s no evidence yet of radical Muslim fighters flocking to Crimea to team up with the Muslim minority living there, but the #NafirforUkraine hashtag has been used more than 1,000 times, predominantly in tweets from Saudi Arabia.

One tweeter offered advice on traveling to Ukraine, suggesting that Turkey is the best route into the country. 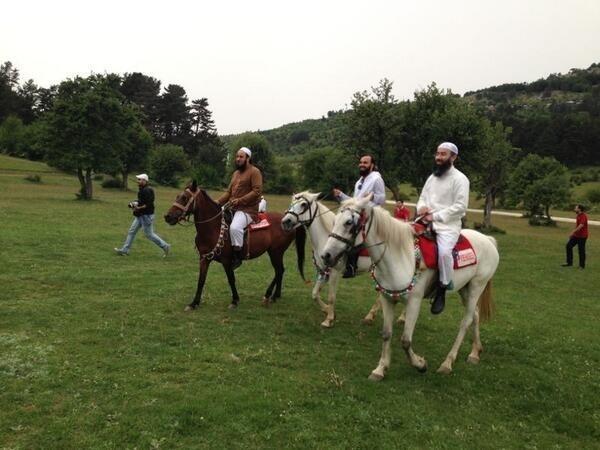 “The Nafir to Crimea has started and Turkey is the starting point.”

Another tweeter claimed that jihadis had already arrived to fight in Crimea.

“The Channel of Bin Jadu (Almayadin) breaking news… There is increasing evidence that Arab fighters who support the Ukrainian Revolution are arriving to the Crimean island.”

But on the ground in Crimea, there was little evidence of an influx of Muslim fighters. Tatars in some villages were organizing into round-the-clock patrols to prepare for possible attacks, but so far there was more anticipation of conflict than any signs of actual conflict.

The enmity between Russia and Islam stretches back centuries to the era of Catherine the Great, when mosques were banned and Muslims were systematically repressed. The same happened in the USSR—though it happened with all religions under communist rule—and the tensions have reignited in the past decade, with Vladimir Putin openly targeting Muslims in the North Caucasus in an attempt to root out extremists and squash separatist movements. The conflict between Moscow and Chechnya in the late 1990s and early 2000s brought this to the fore, as Chechnya is predominantly Muslim.

The question now is whether that long bad blood between Russia and Islam will serve as a spark in Crimea.

In addition to the heightened activity on social networks, some radical Muslims affiliated with groups like the Free Syrian Army, Al Qaeda and the Muslim Brotherhood have been using member forums and Facebook pages this week to galvanize their supporters around the Crimean conflict. The posts focus on Tatars, the Muslim group that accounts for about 10 percent of the population in Crimea. Often using pictures and language chosen to elicit an emotional reaction, the forums discuss the Tatars’ plight and detail their mistreatment by the Russians.

The Vocativ deep web team focused on chatter in online forums and on social media platforms specifically discussing the Caucasus countries, in a variety of languages. By drilling down into active topics and their related offshoots, it became apparent that discussion of how an influx of Islamic fighters might look was rapidly heating up. While much of this is idle chatter among people at the periphery of the discussion, our proprietary tools enable us to review the information at scale and reduce it down, identifying key influencers with identifiable track records who are at the heart of the conversation and may be persons whose opinions shape the movement going forward.

One of these forums, Hanein, is an Al Qaeda-connected site that frequently disseminates propaganda and is used to recruit members and pass on tactical know-how to active fighters.

An Egyptian Muslim Brotherhood-affiliated Facebook page, which has almost half a million likes, referred to the Tatar community as their fellow Muslim compatriots. They provided videos showing the loyalty of the Tatars to their Sunni brothers in Syria.

On a forum related to the conflict in Syria and affiliated with the Free Syrian Army, members spoke about the Tatar leader, Mustafa Cemil, declaring that jihadis are ready to resist the Russian occupation.

We also talked with Fazil Amzayev, a representative for the Crimean Hizb ut-Tahrir, a group that seeks to establish Islamic rule in Muslim countries and that has been blamed for promoting radicalism in some places. “If there will be some conflict, I think that Muslims will come here. It is natural now in all Muslims countries if there is a war, then fighters from different countries try to come,” he says, adding that he hopes Crimea doesn’t become a war zone.

“We ask God for this conflict not to go on,” Amzayev says. “I think it may become another Pakistan, Afghanistan [or] Syria.”

An Al Qaeda-affiliated news outlet called the Kavkaz center reported Wednesday that a number of followers have asked whether it’s OK, from a religious standpoint, to fight alongside non-Muslim forces against a common enemy. The publishers of the site concluded that Muslims are allowed to fight with any non-Muslim forces in Ukraine against Russian troops.

We wrote earlier this week about the possibility that Muslims and Christians in Crimea, united by their antipathy for Russia, could join forces. A spokesperson for the far-right Christian group Pravy Sektor says the Muslim Tatars are their “closest ally.” Artem Skoropadskyi also says the Tatars are very organized and well-equipped to defend themselves if fighting breaks out.

Pravy Sektor played a key role in the Ukraine protests that toppled the country’s president, and were often leading the violent confrontations with security forces. They have released videos depicting their training methods, which are reminiscent of those Al Qaeda released. Pravy Sektor says they are already cooperating with the Tatars.

More of those kinds of partnerships could potentially turn Crimea into a messy war zone. It happened in Syria in a dramatic way. What began as a war between two sides morphed into an extremely complex conflict, as foreign fighters entered the fray. By some estimates, there are fighters from some 80 different countries taking part in that battle, with combatants coming from all over Europe, the Middle East and even parts of Asia.