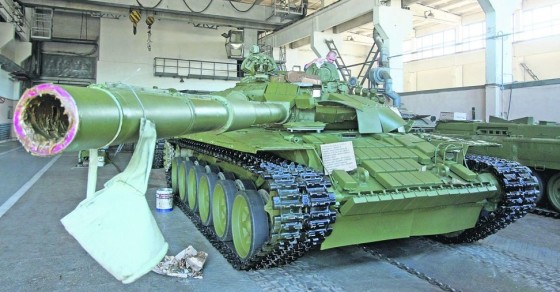 Why Is a Huge Ukrainian Arms Shipper Going After a Tiny NGO?
By Versha Sharma

Why Is a Huge Ukrainian Arms Shipper Going After a Tiny NGO? 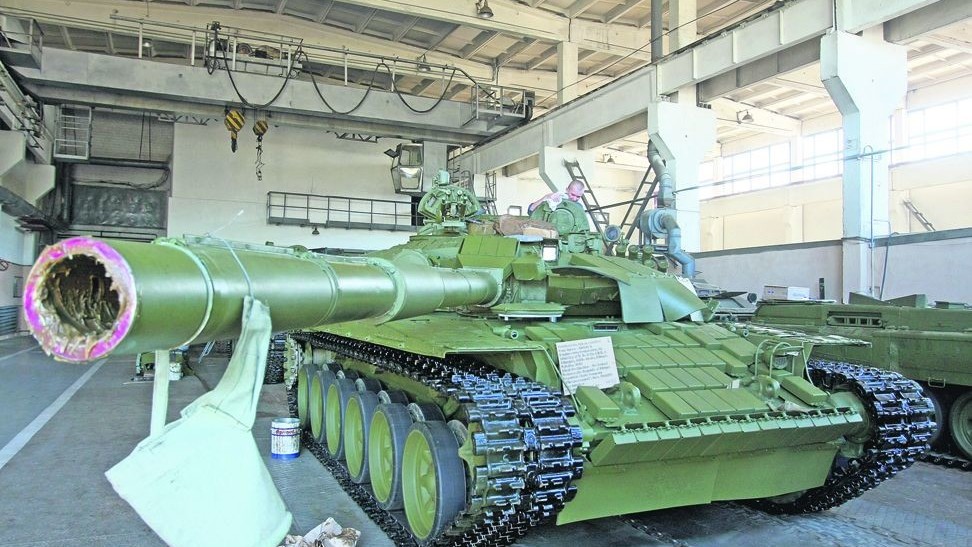 The Center for Advanced Defense Studies, or C4ADS, is a nonprofit based in Washington, D.C., that conducts data-driven analysis of conflict and security issues. This tiny NGO—it has a staff of eight people—recently came under fire from a powerful Ukrainian shipping company called Kaalbye Group, which is threatening to sue C4ADS over a report that details Kaalbye’s role in carrying Russian arms to Syria and Venezuela, among other conflict zones.

In late 2012, Farley Mesko and Tom Wallace of C4ADS began investigating an intricate network of “Ukraine-based individuals and logistics companies…responsible for transporting weapons out of Russia and Ukraine on behalf of government sellers,” they wrote. Their research focused largely on private companies based in Odessa that they claim “regularly move large arms shipments.” Many of those shipments originated in Odessa’s Oktyabrsk port, which figured prominently in the Cold War: It was from here that Russia shipped missiles to Cuba in 1963, sparking the Cuban Missile Crisis.

C4ADS's report focuses on a nexus of Odessa-based companies that ship Russian arms to conflict zones.

Mesko and Wallace’s findings were ultimately collected in a report published this September called “The Odessa Network.” The report explicitly states that the authors are not charging any companies or governments with illegal weapons exports, but rather the report illustrates a nexus of activity that moves Russian arms to conflict zones. Some of that activity is shady and perhaps unethical—but, as the authors point out, not illegal.

“The goal of this report was never to expose certain activities but rather to create a bit of transparency in an otherwise opaque system,” co-author and C4ADS Chief Operating Officer Farley Mesko tells Vocativ. “I think the arms transportation industry, particularly the Russian arms transportation industry, as it relates to ongoing conflict in the world, is an issue of compelling human and strategic interest.”

One of the principal actors in “The Odessa Network” is Kaalbye, a Ukrainian shipping company founded by Igor Urbansky, the former deputy minister of transportation in Ukraine. The company has close ties to the Russian defense industry, and of the more than 800,000 tons of cargo Kaalbye transports annually across the globe, much of it involves shipments from the Russian and Ukrainian defense industry. The report notes that Kaalbye carried arms to President Assad’s forces in Syria in 2012 and to the Venezuela government from 2011 to 2013. Previous shipments have included cruise missiles to China and Iran, assault rifles and grenades to Angola, and tanks and RPGs to South Sudan.

Since the report’s publication this fall, Kaalbye has threatened to sue C4ADS for defamation. The company claims, for instance, that it had no connection to a ship carrying arms bound for South Sudan that Somali pirates hijacked in 2008, creating an international incident. Yet multiple news sources at the time reported that the vessel, called the MV Faina, was listed under Kaalbye’s ownership, and even the company’s founder, Urbanksy, admitted it was the “commercial agent of the ship.”

The Odessa port of Oktiabrsk has been a center for arms shipments since the Cold War.

Kaalbye also accuses C4ADS of misrepresenting its vessel’s use of common safety features, including the Automatic Identification System, which feeds satellite data to maritime companies for tracking ships. The NGO’s report notes that the “pattern of Kaalbye ships docking at Oktyabrsk, entering the Mediterranean, then disappearing from AIS coverage” was especially prevalent in 2013, when Russia was allegedly shipping heavy weapons to Syria.

On April 4 of this year, Kaalbye informed C4ADS that it had drafted a lawsuit complaint. Though it hasn’t yet filed suit, Kaalbye has lawyered up in a big way, enlisting the elite Washington, D.C., firm of Patton Boggs to represent the company in potential legal action. (Kaalbye representatives, as well as Patton Boggs, did not return our requests for comment.)

It’s curious that a multimillion-dollar conglomerate like Kaalbye would go after a small NGO with an annual budget of $675,000, especially since its report is largely based on previously published press accounts or other publicly available information. Some of Kaalbye’s claims seem comically nonsensical: A photo in the report of Kaalbye’s headquarters in Odessa clearly shows guards armed with AK-47s standing in front of an office staircase. Kaalbye, however, denies this, saying it doesn’t have armed guards at its offices.

A photo from "The Odessa Network" report showing armed guards at Kaalbye headquarters.

After enduring six months of legal threats, C4ADS recently opted to fire an opening salvo. The nonprofit filed suit against Kaalbye and associates in Washington, D.C., Superior Court, seeking a declaratory judgment and accusing Kaalbye of defamation and “tortious interference with business relations,” according to the complaint, a copy of which was obtained by Vocativ.

“It’s clear to me that Kaalbye’s actions are not about seeking the truth, but that their actions are directed toward suppressing it, and doing so by any means necessary,” says C4ADS lawyer Daniel Ward, of D.C. law firm Ward & Ward.

The complaint alleges that representatives from Kaalbye and Patton Boggs leaned heavily on editors at The Washington Post, who published a front-page story regarding “The Odessa Network” on Sept. 8, 2013. This February, the Post appended a correction to the top of the article, which C4ADS says came after Kaalbye and their reps met with reporters, attorneys and editor at the Post.

Armored personnel carriers that were bound for Angola, according to The Odessa Network report.

The Post’s National Editor, Cameron Barr, tells Vocativ via email that “the correction speaks for itself” and that the paper has no further comment.

In addition to the shipping company, the C4ADS complaint includes D.C. public relations firm the Global Strategic Communications Group and Peter Hannaford, a PR consultant, business consultant, conservative columnist and think-tank guru. Global Strategic Communications Group put out several press releases this year on behalf of Kaalbye claiming that “The Odessa Network” report was riddled with inaccuracies, while Hannaford penned columns for The Washington Times and The American Spectator loudly trumpeting The Washington Post’s admitted error. He also accuses C4ADS of sloppy and incomplete research, saying the NGO ignored a previous Kaalbye contract with the U.S. military. That contract, however, is in fact mentioned in the report.

What Hannaford neglected to mention in either of his columns is that he is a senior consultant for the Global Strategic Communications Group, the same PR firm hired by Kaalbye. So was Hannaford writing in his capacity as an academic expert, or as a paid consultant? He declined to comment on this story, citing C4ADS’ ongoing lawsuit.

Russian assault rifles that were allegedly headed to Libya.

On April 14, C4ADS sent a messenger to GSCG’s listed offices at 1776 I Street in D.C. The security guard in the building’s lobby told the messenger that GSCG was located on the ninth floor of the building. But when a process server showed up at the same address two days later to present the lawsuit, the ninth floor receptionist said she didn’t have a listing for that company. Over the next week, C4ADS tried to serve GSCG with papers twice more, but could not locate the office on the premises. GSCG had literally disappeared, along with the company’s website. It’s now marked as under construction, but archives of the site list the company’s full staff, including Hannaford.

Around the time it vacated its office building, GSCG took out a quarter-page ad in The Washington Post, touting Kaalbye’s supposed “success” in getting the Post to correct the story.

So to recap: There’s a Ukrainian shipping company threatening to sue a Washington, D.C., NGO for defamation. It publicized a minor story correction in The Washington Post without disputing the reported fact of arms transports and enlists a neocon consultant to do the same. And the company is doing all this to protect its reputation?

“This is a standard ploy now in the post-Soviet world,” says Dr. Stephen Blank of the U.S. Army War College, an expert on Soviet and post-Soviet arms trade. “This is standard practice because they are clearly not wanting to be known as a corrupt arms dealer. If you publish something terrible about these guys, saying they’re criminals or drug runners, which they often are, they threaten to sue you for libel.”

Anyone with an Internet connection and some basic search skills can see that Kaalbye isn’t exactly transparent. Though it’s headquartered in Ukraine, it’s officially registered in the haven of shadiness that is the British Virgin Islands. Moreover, the Ukrainian government and arms dealers have a spotty track record of owning up to their cargo, as evidenced by this 2010 New York Times report about shipments to Sudan.

Some 30 subsidiaries are registered to Kaalbye Group, but that information doesn’t reveal much. That’s where C4ADS comes in, tracking the routes of Kaalbye-owned vessels around the world.

One of the ships mentioned in the C4ADS report is Kaalbye’s Ocean Voyager, which reportedly traveled between Russia, Ukraine and Syria several times in 2012. The complaint filed in court this week elaborates on those journeys via a verified cargo manifest from the Voyager, issued in January 2012. It says the ship was loaded in St. Petersburg with cargo from RosOboronExport, the state-run Russian arms dealer. The delivery recipient: Ministry of Defense, Damascus.

What percentage of Kaalbye’s business comes from the Russian government or private Russian contractors is unclear, though the report states that they are “the single most active shipper of Russian and Ukrainian weapons.” Sources on background tell Vocativ that Kaalbye is currently diversifying their business operations, expanding to include operating super-yachts. Its new business opportunities, plus potential contracts with the U.S. government, might explain why the company is splitting hairs over transponders.

Like the report’s authors, outside observers are quick to point out that the C4ADS’s report doesn’t allege illegal activity. “Where the report says, ‘Evidence suggests that some of these companies may transport weapons to the Assad regime in Syria, among other notorious violators of human rights,’ we may be horrified, but the supplier countries of the weapons are not breaking any laws,” says Siemon Wezeman, senior researcher at the Stockholm International Peace Research Institute, which studies arms transfers. “Certainly one may well, actually should, ask questions about the legitimacy of either the governments involved in [these] deals, as well as the companies and individuals that form that network.”

With Russia’s recent annexation of Crimea, arms deals with Russia around the world are facing a greater level of scrutiny. The French government is scheduled to deliver two amphibious assault ships to Russia later this year, though officials say they will decide in October whether to complete the sale in light of recent events. Russia sold $15.7 billion worth of weapons to other nations in 2013; government officials say the country has already sold $2 billion in the first two and a half months of 2014.

“There’s a tremendous amount of money to be made in this deliberately opaque industry,” says Ward. “Those that profit here, such as Kaalbye does, will do whatever they can to keep it opaque. It would appear, from Kaalbye’s actions, that any efforts to shine a light on how these entities operate will be met with stiff opposition. That is what we are facing here.”