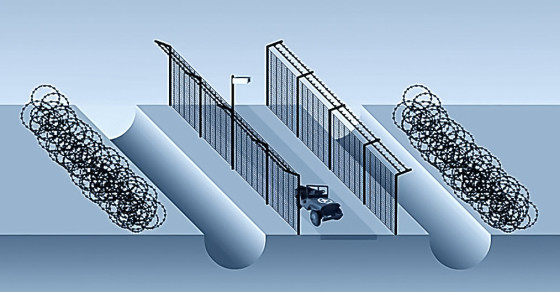 The Great Wall of Ukraine?
By Versha Sharma

The Great Wall of Ukraine? 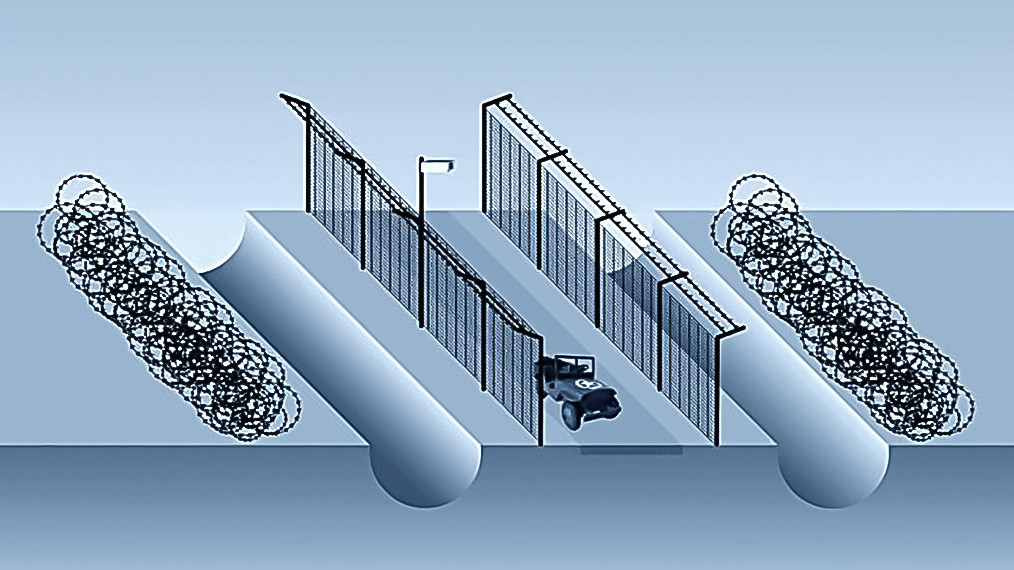 The Great Wall of China. The Berlin Wall. The Green Line wall between Israel and the West Bank. Could a 1,200-mile-long wall of steel between Ukraine and Russia be the next geopolitical barrier?

Over the weekend, Ukrainian officials submitted a formal proposal to the presidential administration to build a steel wall topped with barbed wire along the country’s border with Russia.

Ukrainian officials have seemingly had enough of Russia’s “little green men” and artillery crossing the border into their country, which has been happening since at least February, when Russian soldiers took over government buildings in Crimea.

The proposal details a 1,200-mile-long barrier between Russia and Ukraine made of steel and built to the tune of $136 million. The engineering project was presented along with a “feasibility study,” which claimed the project could be completed within six months. The estimated cost and turnaround time seem rather low in comparison to existing geopolitical walls around the world. By contrast, the United States-Mexico border runs nearly 2,000 miles long, and as of 2013, the government had built about 670 miles of fence along it, at a cost of about $2.4 billion.

The regional governor who submitted the proposal, oligarch Igor Kolomoisky, has a reputation for aggressively clamping down on pro-Russian separatism in his south-central constituency–he’s even gone so far as to offer a $10,000 reward for the capture of separatists. The Daily Beast called his city “the town determined to stop Putin.”

It’s unclear why Kolomoisky and Co. believe they can build a similar but much longer wall, compared with the U.S.-Mexico fence, for a fraction of the cost. Perhaps it’s because the Ukrainian proposal calls for a single fence, while the U.S. plan involves more costly double barriers.

Diagram of one proposal for a wall separating Ukraine from Russia, inspired by the blueprints for the new U.S.-Mexico fence.

Or maybe it’s because the Ukrainian wall would be built and funded with private, not government, resources. Another regional official from Dnepropetrovsk, Svyatoslav Oleynik, told Interfax that the project would be financed by charities and local businesses. “Everything the project needs is made in Ukraine; from this point of view, this is a good infrastructural project based on Ukrainian industries,” Oleynik said. Steel is one of Ukraine’s biggest industries—it’s the 10th largest producer in the world—and many of the country’s multibillionaires, including regional governor Kolomoisky, made their fortunes in the metal.

Not content to wait for the government, citizen activists have proposed their own border wall. The Facebook group for the campaign has attracted nearly 6,000 members, and activists have already begun recruiting construction workers and engineers. The project’s leader, 38-year-old Andrei Kamenyar from Ivano-Frankivsk, told a local Ukrainian paper that the group started as a joke, “but now the shovels and concrete are ready.”

A Ukrainian soldier stands guard at a checkpoint at the border between Ukraine and Crimea.

“Putin is the Hitler of the 21st century,” Kamenyar tells Vocativ via email. “Our official government can’t protect the country, so we ordinary citizens decided to do it ourselves. We created the Maidan revolution. …Only by building a wall like Israel did with Palestine, or the United States did with Mexico, can we protect our children from our Nazi-minded neighbor.”

Kamenyar believes the notion of a wall has garnered so much support so quickly because it’s a patriotic idea around which Ukrainians can rally. Activists are even calling the project “Ukraine’s National Idea.” And once construction starts, Kamenyar says, “the economy gets a big boost…[and] we plan to design this wall so that it will become a tourist mecca, and pay off several times over. There’s already a proposal to name it “The Wall of Peace” and to invite people from around the world to visit and write or draw messages.”

While the logistics of such an ambitious undertaking would seem impossible for a citizen-led effort, Kamenyar remains undaunted. “If the Chinese were able to build their wall, why can’t we? Are we not as good?” he asks. “If you have faith, everything is possible.”