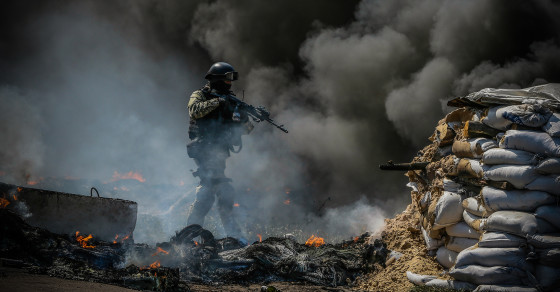 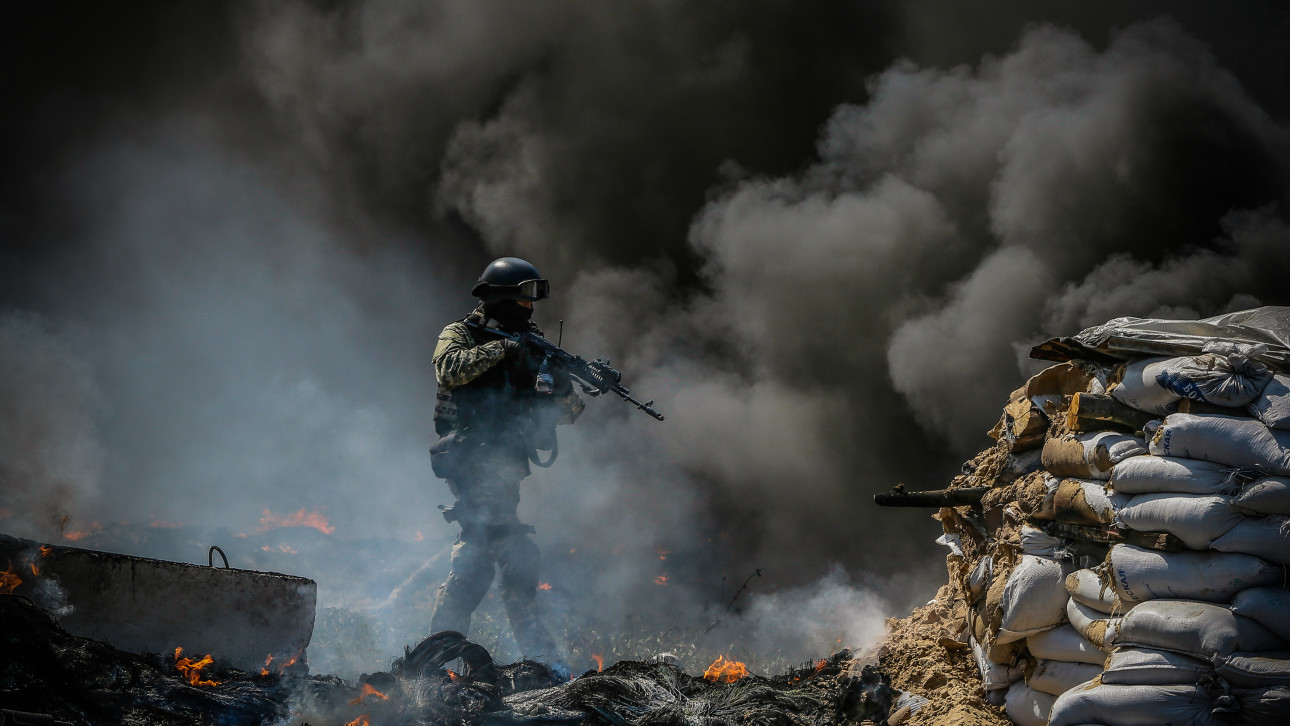 Last time we checked, the Ukrainian government’s attempts to reclaim eastern parts of the country from pro-Russian separatists were not going well. But government officials have now launched what they call “anti-terror operations” in the region, dispatching tanks, helicopters and troops to the eastern city of Sloviansk, where—in one of the deadliest flash points in the months-long crisis—at least five pro-Russian militants were killed overnight.

In response, the Russian government, which has already amassed some 40,000 troops on the border between Russia and Ukraine, according to NATO estimates, is bolstering its forces there. Russian Defense Minister Sergei Shoigu, speaking about the military buildup, said, “The starting gun on the use of weapons against their own civilians has already been fired. If today this military machine is not stopped, it will lead to a large number of the dead and wounded.” Shoigu’s reference to Ukraine’s “military machine” is curious at best: It’s well-known that Ukraine’s forces have been running out of money and resources for some time now.

Yesterday about 150 paratroopers from the U.S. Army's 173rd Infantry Brigade Combat Team arrived in northwest Poland to participate in training exercises with the Polish army.

Meanwhile, nearby in the Baltics, hundreds of American soldiers are conducting military exercises, a show of force seemingly meant to deter Russian intervention in Ukraine. As a Pentagon spokesman recently told U.S. News & World Report, “Anytime you put troops on the ground…it’s more than just [symbolism].”

Still, some experts worry that a confrontation in eastern Ukraine will soon become inevitable. Dmitri Trenin, the director of Carnegie Moscow Center and a former member of the Soviet and Russian armed forces, said, “This is what I have always feared: A ‘Benghazi moment’ is drawing near in eastern Ukraine, provoking Russia to interfere in force.” Regarding the firefights in Sloviansk, he tweeted, “The situation has just moved to a higher level of danger.”

The situation is also highly complex. Eastern Ukraine is home to millions of Ukrainians who speak Russian as their first language, and who are also deeply dissatisfied with the interim government in Kiev. After the Euromaidan protest movement succeeded in toppling former President Viktor Yanukovych, a new government was formed. But most of the ministers and officials hail from the pro-European western parts of Ukraine, as illustrated in this map:

This map is one of the best I've yet seen explaining why grievances still exist in Eastern Ukraine. https://t.co/gx6Vf9yxsT

The geographically lopsided government may explain why a fair number of eastern Ukrainians are sympathetic to the pro-Russian separatists flooding the region’s cities. Though some of the so-called insurgents are Ukrainians, many are members of the Russian military. The head of the State Security Service of Ukraine (SBU) said this week that in the east, “as many as 100 Russian military intelligence officers and special forces troops are leading the seizures of towns and local governments.” The SBU recently captured a handful of alleged Russian agents, including 23-year-old Maria Kaleda.

While Russian militants and Ukrainian nationalists prepare for what’s shaping up as a sectarian battle, the propaganda war is already well underway. Pro-Russian separatists took Vice journalist Simon Ostrovksy hostage for a few days this week—he was released in good health—accusing him of helping the Ukrainian ultra-nationalist group Pravy Sektor, or Right Sector. Said separatist spokeswoman Stella Khoraeva, “He was not reporting in a correct way.”