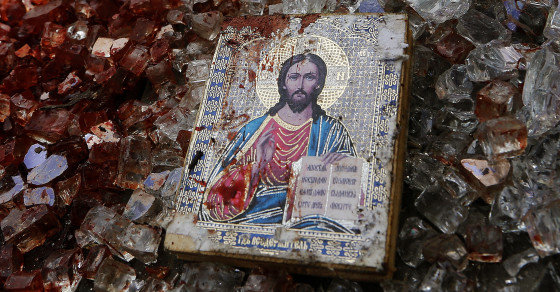 A Brigade In Ukraine Is Fighting For Jesus
By Versha Sharma

A Brigade In Ukraine Is Fighting For Jesus 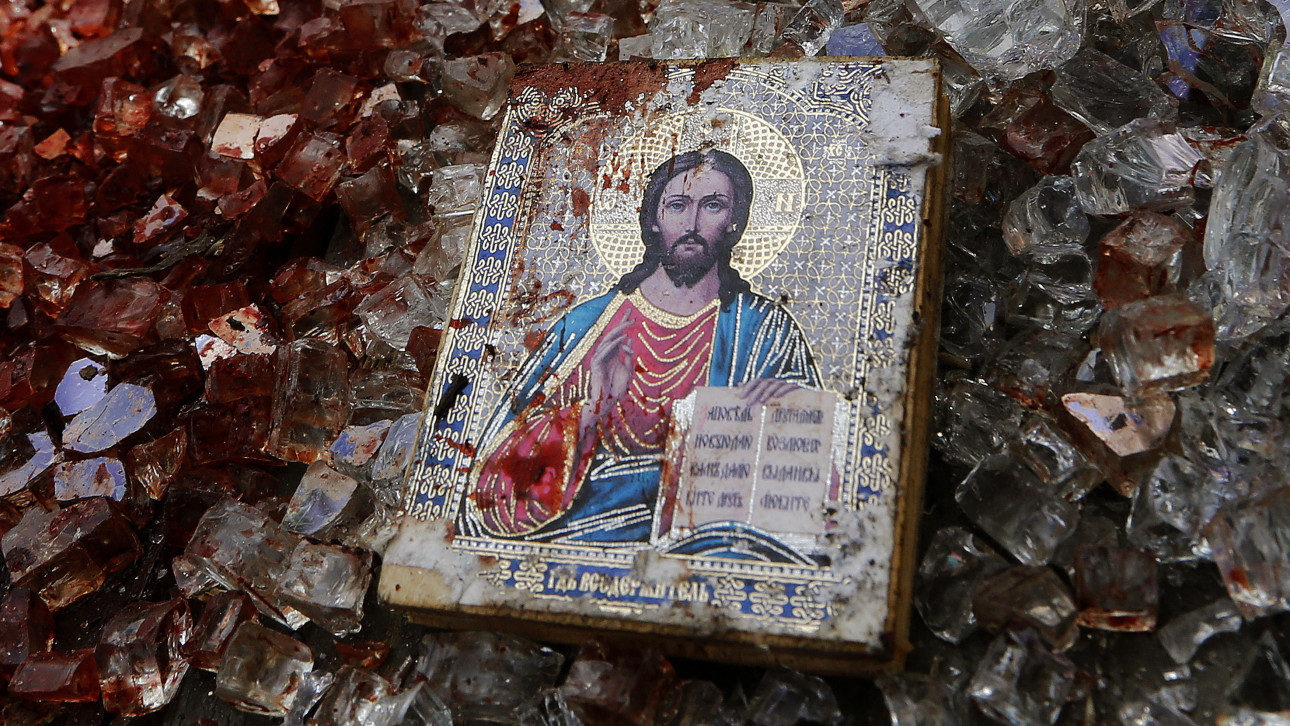 Passions are high on both sides of the intense, ongoing conflict in Ukraine, stoked by nationalism, patriotism, an urge to protect culture and history and in some cases, a thirst for vengeance. It is a rare geopolitical conflict in that religion isn’t among those motivators.

That doesn’t mean that religion isn’t present, however. Despite the fact that the majority of Ukraine is secular, one group of 60 pro-Ukrainian unity fighters in the eastern part of the country is motivated by a love for Jesus Christ. Meet the “Hundreds of Soldiers of Christ,” the name written on the flags they bear (and post photos of to Facebook). They fight as part of the Azov battalion, a paramilitary group of about 300 volunteers active around the southeastern Ukrainian city of Mariupol.

We spoke to the militia’s commander, Dmytro Linko, about the group, their goals, and his own experiences learning from other revolutionaries in Cairo, Egypt and Istanbul, Turkey.

When did you form this group?

Our umbrella organization, the Orthodox “Brotherhood,” was created more than 13 years ago. [Known ultranationalist Dmytry Korchynsky is the leader of the Brotherhood, a de facto leader of the Azov battalion.] After the Euromaidan revolution, we formed a specific military group as part of Azov, to fight especially with separatists and terrorists.

What is the main goal of the organization? Is it to make Ukraine a fully Christian country?

No, we don’t want to establish a 100 percent Christian country in Ukraine. We want to make 10 percent of the leaders of Ukraine real Christians.

Would you say that the war against pro-Russian separatists is a political or religious war?

First of all, it’s a war between Ukraine and Russia. We fight for our freedom. They fight for the money and Putin. For me and our people, it’s a religious war, too.

But the Russians fighting against you are also Orthodox Christians, right?

In my opinion, they call themselves Orthodox, but they are not. Putin and the KGB, all of Russian government…they aren’t Christians.

How did your men learn how to fight?

The Russians are aggressors. We didn’t go to their house, but they came to ours. As such, we are training every day. Some members have previously served in the Ukrainian Army. We also have help from Western European countries…some specialists from Sweden have come to help us train. People from other countries, like Italy and Poland, want to come help us. Many foreigners have sent us military tools and equipment.

Hundreds of Soldiers of Christ

Do they want to help you because of religion?

They aren’t so religious, but they don’t like Russian aggression. We are not fighting with all Russians. We are fighting terrorists and Putin’s aggressors.

Do you have time to go to church?

We have no time to go to church, but we make our own religious ceremonies here. Our fighting is a religious duty.

When and how did you join the Brotherhood? What were you doing before the revolution?

I joined the Brotherhood nine years ago. Before the revolution [in Ukraine], I helped revolutions elsewhere. I took part in many protests in cities in Ukraine and in Moscow, too. I was in Egypt, in Cairo in February 2011, and in Istanbul in May and June 2013, when there were protests in Taksim Square.

Was the goal of your trip to learn about revolutionary tactics? Were you part of a bigger group?

It was just me and one friend. I just wanted to see revolution first hand, because I never believed that it could happen in Ukraine. In Turkey, I happened to be there on the beach with my girlfriend when protests started. I decided to go to Istanbul to help the Turkish revolution. In Cairo, we didn’t participate seriously [in Tahrir Square protests]. But in Istanbul, for a few days I fought against the Turkish police. Now I command our group in Azov, while Korchynsky is in Kiev working on the political side of the Brotherhood organization.

What is your opinion on the Pravy Sektor? (Ukraine’s ultranationalist Right Sector group, which played a key part in Euromaidan and has been fighting pro-Russian separatists ever since.)

It’s a community of many different organizations…some Pravy Sektor members are with us in the Azov battalion and we support each other.

What’s next for the Hundreds of Soldiers of Christ?

We are going into massive attack mode. If our new President [Petro Poroshenko] decides to start a real war, we will fight. If he decides to stop his anti-terrorist operations, we will start a new revolution, because we don’t want a president like that.

The Ukraine Crisis
Next Fact »