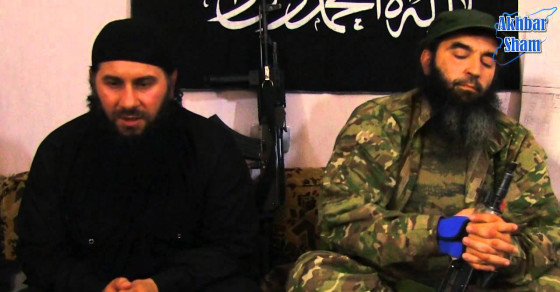 Al Qaeda Offshoot in Syria Calls for Jihad in Ukraine 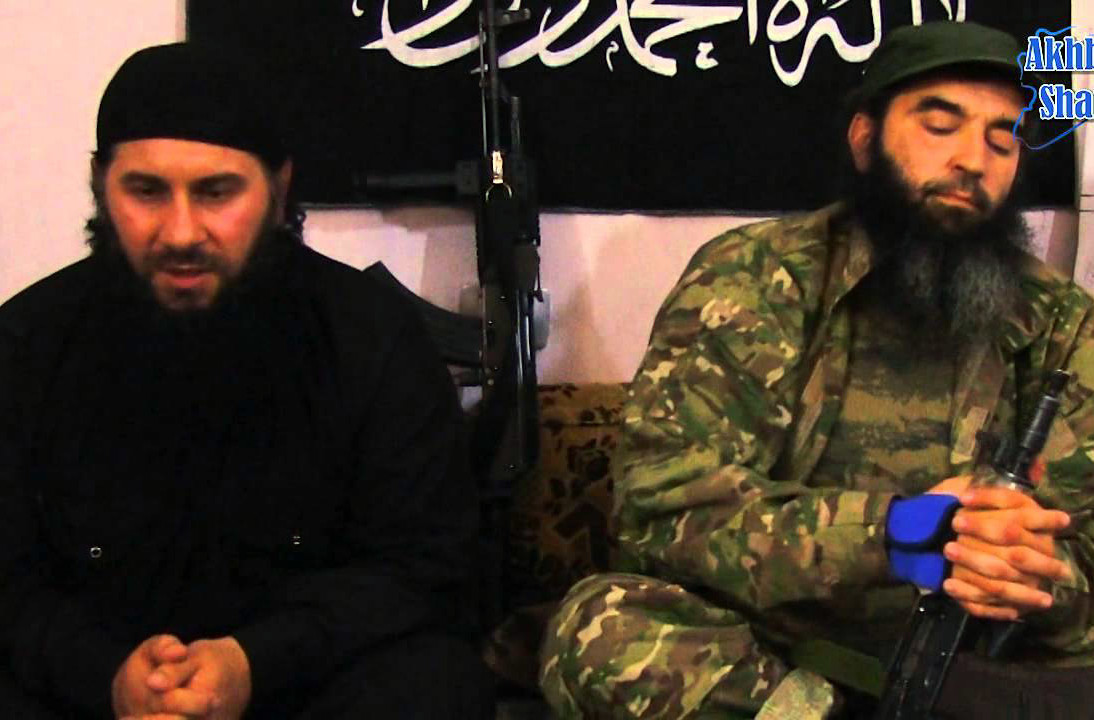 Back in early March, we found calls in social media forums for Muslims to travel to Ukraine to wage holy war against Russia. The calls came from rank-and-file jihadis.

Now an offshoot of Al Qaeda is making its own appeal to foreign fighters. In a video posted on Akhbar Sham, a Russian-language website affiliated with Al Qaeda, the leaders of a group of foreign fighters in Syria call upon their Muslim brothers in Crimea: “We pray to Allah to lead the Tatars in Crimea toward the path [of jihad]. God willing, the rules of [Islamic Law] will be implemented there.”

“I want to say to those brothers, and I am addressing those brothers who remain [in Crimea], that they should feel dignity, so that they can start on the path of jihad. So if they can’t come to the lands of Islam, like [Syria], they can go to Moscow because the infidels there and here won’t rest until they destroyed your religion.”

Jaish al-Muhajireen wal-Ansar, the organization behind the video, is a jihadi group fighting the Assad regime in Syria. They are made up of foreign fighters from Chechnya, the Causasus and Syria. Their deputy, Abdul Karim Krymsky, a Crimean Tatar fighting in Syria, made the above statement to his compatriots back at home.

So far, there’s no evidence that foreign fighters are heeding either the previous call for jihad in Ukraine or the latest one.

Tatars, an Turkic ethnic minority found in Russia, Ukraine, Turkey, Kazakhstan and Uzbekistan, have a long and tortured history with the Russian Empire going back hundreds of years. Following the collapse of the Soviet Union, they found relative autonomy within Ukraine. Today they make up 12 percent of the Crimean population.

Sunday marked the 70th anniversary of Soviet-era deportations that led to the expelling of hundreds of thousands of Tatars from Crimea. Despite a temporary ban on mass gatherings, thousands of Tatars turned out in Simferopol, Crimea’s capital, to commemorate the event. Mufti Emirali Ablaev, a Tatar religious figure, led prayers for the deceased ancestors of those present. With Russian helicopters circling above, Ablaev told the crowd: “They are watching us, they are afraid of us.”

Crimea was administered by Ukraine until March, when Russian forces began to gradually take control of the island. Tensions are still running high in the region, as many Ukrainians hope to strengthen ties with Europe, while pro-Russian separatists want to move closer to Moscow. In eastern Ukraine, pro-Russian separatists have seized government buildings and clashed with the Ukrainian military.

Crimean Tatars are among the many foreigners who have flocked to fight Assad in Syria. While the actual number of Tatars in Syria is unknown, there have been at least a handful who have died in the conflict. In April 2013, a Tatar from Nizhnegorsk, Crimea, detonated himself in a suicide bombing attack.

Vocativ spoke in March with Fazil Amzayev, a representative for the Crimean Hizb ut-Tahrir, a group that seeks to establish Islamic rule in Muslim countries and that has been blamed for promoting radicalism in some places. “If there will be some conflict, I think that Muslims will come here. It is natural now in all Muslims countries if there is a war, then fighters from different countries try to come,” Amzayev said, adding that he hopes Crimea doesn’t become a war zone.