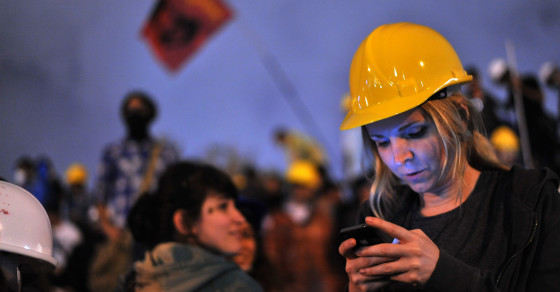 Tweeting in Turkey Can Land You in Prison
By Elcin Poyrazlar

Tweeting in Turkey Can Land You in Prison 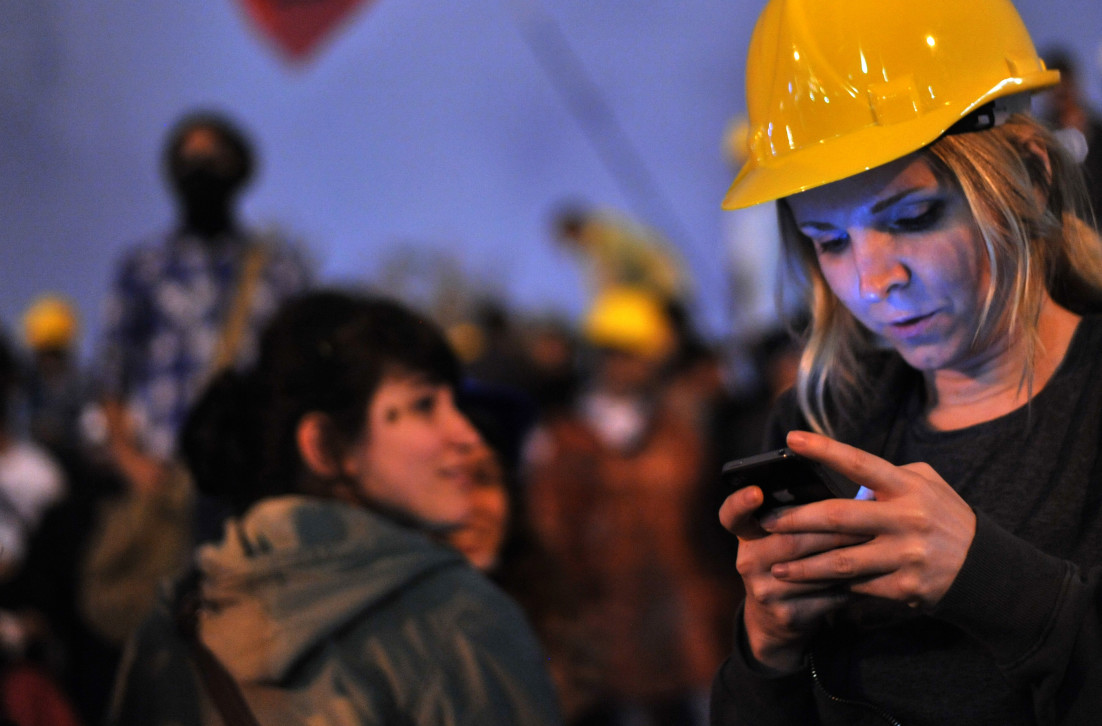 It sounds like the plot of a bad movie, but for Irmak Kara, it’s been all too real.

Roughly a year ago, Kara, an engineering student in Turkey, woke up to learn she was an enemy of the state.

Her crime: tweeting during the massive Gezi protests that shook the country last year. In Izmir, where Kara lives in western Turkey, things took a violent turn after what many call the government’s heavy-handed response to the demonstrations. Some protesters allegedly damaged shops, banks, ATM machines and public buildings. Most of those in the streets weren’t violent, and Kara, 21, didn’t think twice about tweeting and offering them refuge—that is, until the police knocked on her door.

Protesters at Istanbul's Gezi Park last year. What started as a small movement against a development project ballooned into a massive anti-governent demonstration.

“It was an ordinary day, and I was hanging out with my parents at home when the door bell rang,” she says. “The police were looking for me. Since I had committed no crime, I opened the door confidently.”

That was the beginning of what has since become yearlong legal battle against the Turkish government. She now faces up to three years in prison for allegedly being a member of a criminal organization.

Irmak isn’t alone. Police also questioned and detained more than two dozen people—most of them students in their 20s—who tweeted during the protests in Izmir. They were soon released, but like Kara, many stand accused of being part of the group that allegedly caused the damage. They now face similar sentences.

The trial, which is expected to end in September, has shocked many in Turkey, as critics say the prosecution has offered no evidence that Kara and her fellow defendants had anything to do with destroying anyone’s property. Even more surprising: Prime Minister Recep Tayyip Erdogan is listed as the sole victim in the case. (Apparently, he got involved because he felt their tweets were insulting.)

It’s not clear why the authorities have focused on Izmir, though the city is considered a stronghold for Erdogan’s critics. The prime minister’s involvement, some analysts say, is part of a larger crackdown on freedom of expression in the country, which has been ongoing since the protests.

Since the Gezi protests last year, the Turkish government has sparred with protesters and technology companies over social media.

“This investigation is a much broader tactic by the authorities not just to target the people who are accused of having participated in the protests, but also to make an attack on the broader Gezi Park movement,” says Andrew Gardner, a Turkey researcher for Amnesty International.

The Turkish government did not respond to requests for comment. But Cagla Deniz Felamur, one of the defense lawyers in the case, says most of the tweets in question are far from incriminating.

“There are more than a thousand of us at Alsancak Port, and the police are getting tough, please support us,” one of them reads, according to Felamur.

Another refers to everyday materials used to reduce the effects of tear gas: “Gundogdu Square needs lemon, vinegar and milk; get it there urgently!”

Others told social media-savvy protesters where they could find medical aid or Wi-Fi.

Even if the defendants aren’t convicted, many worry that the case will haunt them for some time. Kara, for instance, thinks it will be hard to work for the state.

“In the end I decided not to waste my life getting upset about this,” she says.

“But if you ask me whether I believe whether there is justice in Turkey, I would say no.”