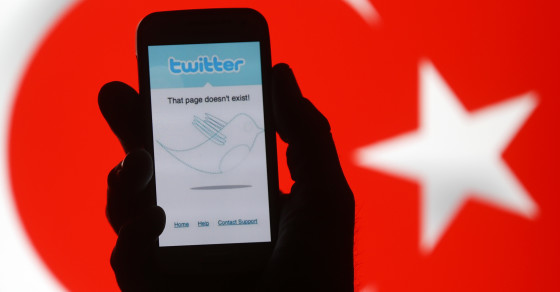 Turkey blocked YouTube and Twitter Monday after photos spread of a prosecutor taken hostage and held at gunpoint by militants in Istanbul. Facebook was initially blocked, but the ban was quickly lifted after the site took all the photos of the hostage situation down, as requested by a Turkish court.

The prosecutor of a controversial murder case, Mehmet Selim Kiraz, died in a hospital last week after being wounded during an eight-hour siege and shootout between the far-left Revolutionary People’s Liberation Party-Front and Turkish security forces.

In the past year, Turkey has tightened its laws to allow authorities to more easily block sites and the spread of media online. The country has filed five times more content removal requests to Twitter than any other country in the second half of 2014, according to Twitter data published in February.

As happened with previous social media crackdowns, people are taking to VPNs and using other means to express themselves online, with darknet browser TOR seeing a sudden spike in usage on Monday.

A gun is held to the head of prosecutor Mehmet Selim Kiraz after being taken hostage in his office in a court house in Istanbul at the end of March. REUTERS/Halkin Sesi TV/Handout via Reuters