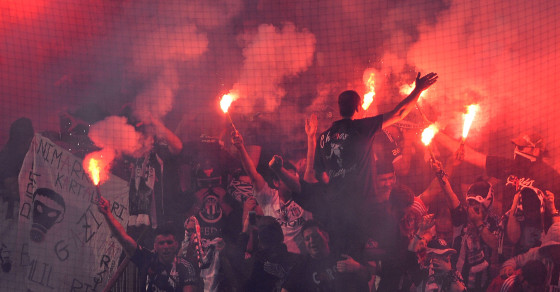 Soccer in Turkey: A Fever Pitch and Empty Stands
By Emily Feldman

Soccer in Turkey: A Fever Pitch and Empty Stands 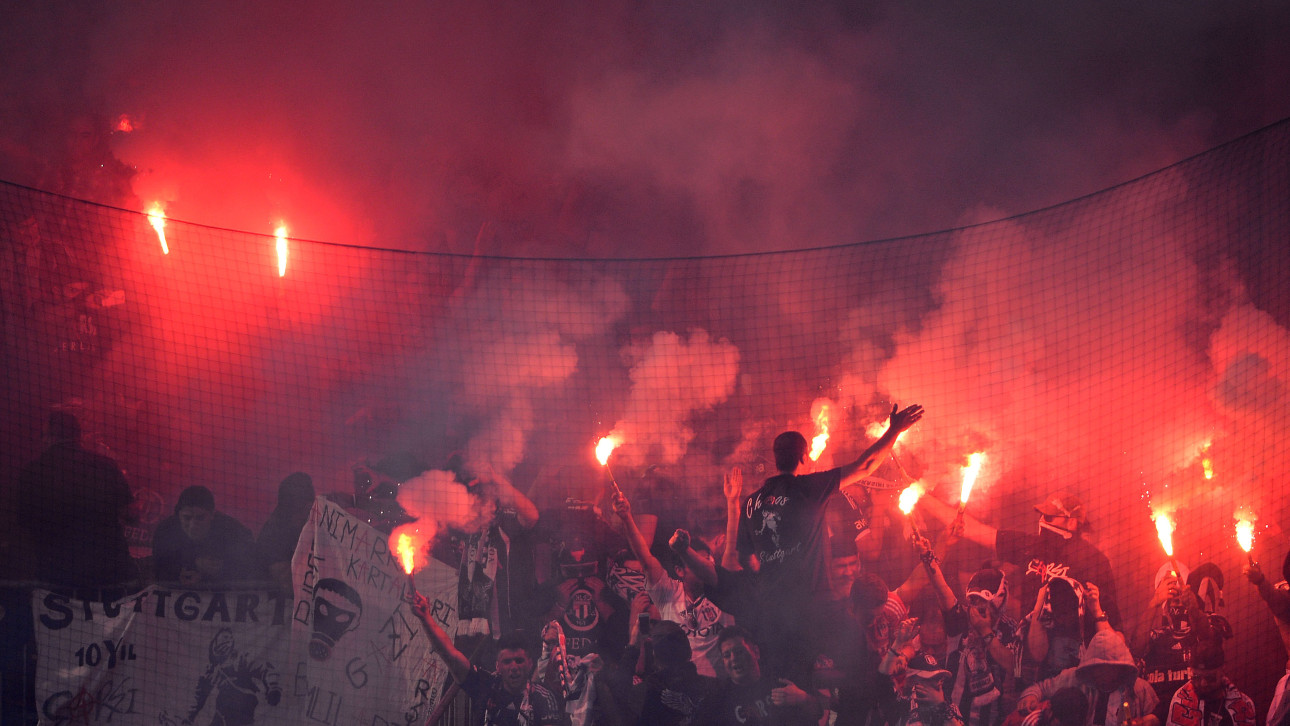 ISTANBUL, TURKEY—On Saturday night the weather was pleasant and warm at Ataturk Olympic stadium, as Besiktas, one of Turkey’s most popular soccer teams, played at home against its rival, Kasimpasa. The game mattered—a win meant Besiktas had a chance to play in a prestigious European tournament—yet the team’s supporters, long considered to be the wildest in this soccer-obsessed country, were nowhere in sight. The stadium, which seats roughly 80,000 people, was strangely empty.

Because of the new ticket system, Ataturk Olympic Stadium was nearly empty last month during a match between Besiktas and Fenerbahce in Istanbul.

It’s not that the fans—who often sing of dying for their team—had abandoned Besiktas. Many were out in the bars of their home turf—a normally quiet middle-class neighborhood in Istanbul—where a chorus of drunken voices rose up from the narrow streets. Outside the Forza Pub, a fan favorite, a gray-haired man with a large belly swung his arms like a maestro conducting a halftime choir of singing drunks. Many in his chorus were members of Carsi, the team’s notorious fan club, which is known as much for its wit as for its penchant for violence. “I’ve been going to games for 40 years,” he says, pulling down his black-and-white jersey, exposing his Carsi tattoos. “But no more.”

Hardcore soccer fans use flares as they protest against the new e-tickets system in Istanbul.

The reason: a new bank card called Passolig, which fans have to use to purchase tickets in Turkey’s top two leagues. Its rollout last month triggered protests and a boycott among fans who see the new system as the government’s latest attempt to crack down on dissent. When applying for one of these bank cards—credit, debit or prepaid—fans are required to provide everything from their national identity number and photograph to their preferred team and mother’s maiden name. The idea, officials say, is to root out violence at soccer games, which is a chronic problem.

In the past, when crazed fans stormed the field or beat one another to a pulp with plastic chairs, authorities would punish whole sections of the stands. All adult males, for example, were banned from a recent championship match in response to an isolated incident at a previous game. Under the new system, the police can instead review surveillance footage and match individuals to their photo IDs. While few dispute the need for better safety measures in stadiums, where violent brawls are common, the new high-tech system has sparked fears that something more sinister is afoot.

Besiktas fans throw plastic chairs onto the field during a match last year.

Ever since the police’s brutal response to last summer’s anti-government protests, many here have worried that a wider crackdown on dissent would follow. Those fears are not unfounded. Earlier this year, for instance, when allegations of government corruption began to spread on social media, the authorities shut down Twitter and YouTube. And when hardcore soccer fans—who were instrumental in last summer’s Gezi protests—began shouting anti-government slogans at games, many in the government’s ruling party, known by its Turkish acronym, AKP, vowed to keep politics out of the stands.

When the authorities put the electronic ticket system in place this April, fans took to the streets of Istanbul, clashing with police and turning tourist havens like Istiklal Avenue into scenes of smoky chaos. And it wasn’t just foul-mouthed super fans who came out against e-tickets. Representatives from the county’s main opposition party, known by its Turkish initials, CHP, have publicly questioned, among other things, how fans’ data would be used. Others such as Metin Feyzioglu, the president of the Turkish Bar Association, say the system has “the distinct appearance of a system of mass surveillance.”

Yet Turkish Football Federation officials, as well as members of the ruling party, the AKP, say there is no secret agenda behind the overhaul. The system actually dates back to an anti-violence law that was passed in 2011, but there were always concerns about how the law would be applied. “There was this fear that the motivation was to make it easier for the state to profile fans involved in any sort of activity it didn’t like,” says Cetin Cem Yilmaz, the sports editor at Turkey’s Hurriyet Daily News. “But after Gezi that fear was more and more pronounced.”

Now, as questions about the e-tickets linger, many fans are simply waiting until next season to go back to the games. “It’s a weird time to implement it,” says Yilmaz. “In a way it sort of forced a boycott.”

Protesters at Gezi Park last summer were forced to protect themselves from the tear gas after the police responded to their presence with brute force.

The results of the boycott have already been stark—and Saturday night’s scant crowd at the stadium was a prime example. As Besitkas held a lead over Kasimpasa, a team that Prime Minister Recep Tayyip Erdogan supports, most of the action was at the bars.

Fans packing the Forza Pub seemed happy and drunk, as the boycott hadn’t dampened their spirits. As the game wore on, two blond women leaned down from the balcony, belting a Besiktas song with an army of teenage boys below them. “Even if there is death at the end of all roads,” the women began, “I will die for you, Besiktas,” the boys sang, finishing the refrain.