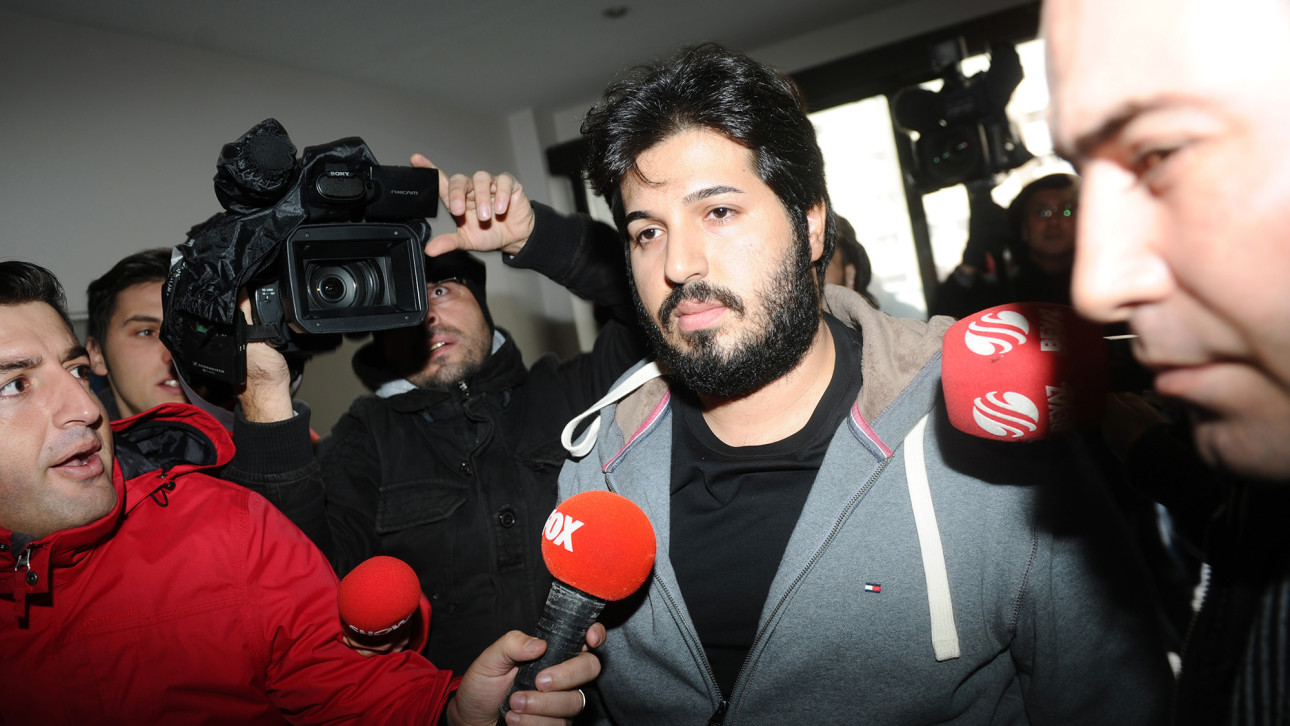 He’s the most talked about man in Turkey, but also the most mysterious. Like Jay Gatsby, even his name and where he’s from were once open to dispute. Before Dec. 17, when the country’s massive corruption investigation began, the Turkish media referred to him as an “Azerbaijani businessman.” Now, according to the Azerbaijani government, he is actually Iranian.

His name is Rıza Sarraf, and today the 29-year-old is accused of running a shady gold smuggling ring, bribing Turkish cabinet members and laundering money. Through Sarraf, Turkey was allegedly able to bypass international sanctions against Iran to purchase oil and natural gas. (Sarraf’s lawyer, Şeyda Yıldırım, declined to comment for this story and says she is planning a statement on behalf of her client, who has not spoken out about the charges.)

Also known as Reza Zarrab (he changed his name recently after becoming a Turkish citizen), Sarraf reportedly ran in Istanbul’s most exclusive circles, hobnobbing with celebrities and members of the Turkish government. And yet, like Gatsby, he appeared on the scene out of nowhere, making a name for himself with his lavish parties.

Until the recent allegations, Sarraf was a fixture of Turkey’s gossip pages. His claims to fame: He was very rich, though the source of his wealth was unknown, and in 2008 he married Ebru Gündeş, 41, an Istanbul nightclub diva who worked as a judge on the Turkish version of American Idol.

“In the past, people who earned easy money through illegal ways would always go to these Istanbul nightclubs, get the best tables and date the club diva,” says Ali Eyüboğlu, a veteran celebrity writer for Milliyet, a Turkish daily. “Sarraf is just like an old-time shady businessman who overwhelms his wife with gifts.”

Sarraf and his wife were often written about in Turkish gossip mags.
(Facebook/Riza Sarraf)

The couple in one of their numerous cars
(Facebook/Riza Sarraf)

Their love of material wealth extended beyond watches and cars. Gündeş and Sarraf acquired two waterfront mansions on the Bosporous in Istanbul, an iconic location home to some of the country’s most expensive real estate. Sarraf’s two neighboring properties, built in Ottoman and Baroque styles, are connected via an underground tunnel. The mansions are worth between $26 million and $40 million, according to various media reports.

The couple pretty much had everything: a house in Dubai, a summer estate on Turkey’s Aegean coast and a private jet that Gündeş used for her concert tours. They even invested in racehorses (one is aptly named Duty Free). “For those who want to know what he’ll buy me next, I’m telling you right now: He’ll buy me Mars,” Gündeş told the Turkish media in 2012.

Sarraf’s gifts are peanuts compared with the money he made, according to the recent police investigation: He allegedly traded a ton of gold—literally—every day, and in 2012 his business allegedly traded $20 billion worth of gold. One of his main jobs was allegedly the transfer of 87 billion euros from Iran to Turkey through his companies. Because of international sanctions, when Turkey bought oil and natural gas from Iran, the money couldn’t be wired. Instead, according to a Turkish prosecutor’s report, the country’s state-owned oil and gas agency, BOTAŞ, would deposit the funds into an account in Halkbank, a state-owned bank. Iranian officials would then withdraw the money and distribute it to Sarraf and other major “trading partners,” who allegedly changed the oil money into gold and sent it to Iran via Dubai.

The report found that it wasn’t only Gündeş who benefited from her husband’s largess. Sarraf allegedly handed out bribes to government officials on silver platters and in expensive suitcases. He allegedly bought Turkey’s former minister of economy, Zafer Çağlayan, a Patek Philippe 5010P tourbillon watch costing around $300,000. (Çağlayan, who resigned after the scandal broke, did not respond to a request for comment.) Wiretaps purportedly reveal Sarraf asking one of his employees to buy a suit, stash $500,000 in its pockets and deliver it to Turkey’s former EU minister, Egemen Bağış, who was recently removed from office by Prime Minister Recep Tayyip Erdoğan. Both ministers were close allies of Erdoğan, and Bağış acted as his translator during international meetings. (Bağış did not respond to a request for comment.)

In return for his generosity, Sarraf allegedly asked politicians for large and small favors, including help making his father a Turkish citizen. “I know that [Sarraf] is a someone who trades gold,” Erdoğan said to a group of journalists recently. “We know that he contributes to the country. He’s a philanthropist.”

Ismail Cesur, one of the prime minister’s advisers, did not respond to a request for comment.

Insiders say that Sarraf’s marriage to Gündeş made these government connections possible. “Why do men like this marry singers? It’s very simple,” explains Erol Köse, a record producer and a TV commentator. “Through them they can build relationships with important figures. The singers will be hired to perform at events which the government members will be present.”

It appears that the benefits were mutual. In April of last year, Gündeş was the headliner at the wedding of Kaan Çağlayan, the son of the former economy minister. President Abdullah Gül and Prime Minister Erdoğan were also present.

After his husband’s arrest, Gündeş, who’s now a judge on the Turkish version of The Voice, appeared on the show as scheduled. And she proved to be the perfect Daisy Buchanan to Sarraf’s Gatsby: As the audience watched, she burst into tears and thanked her fans for their support.

She may need it: Sarraf is behind bars, and the government has seized all of his assets (except those under Gündeş’ name), even one of the racehorses.