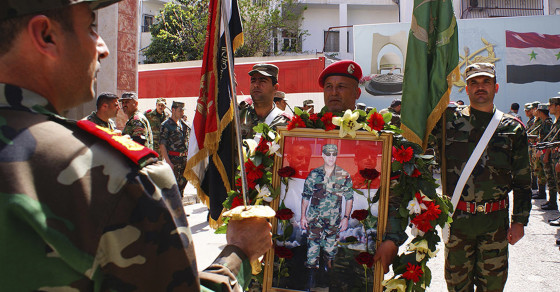 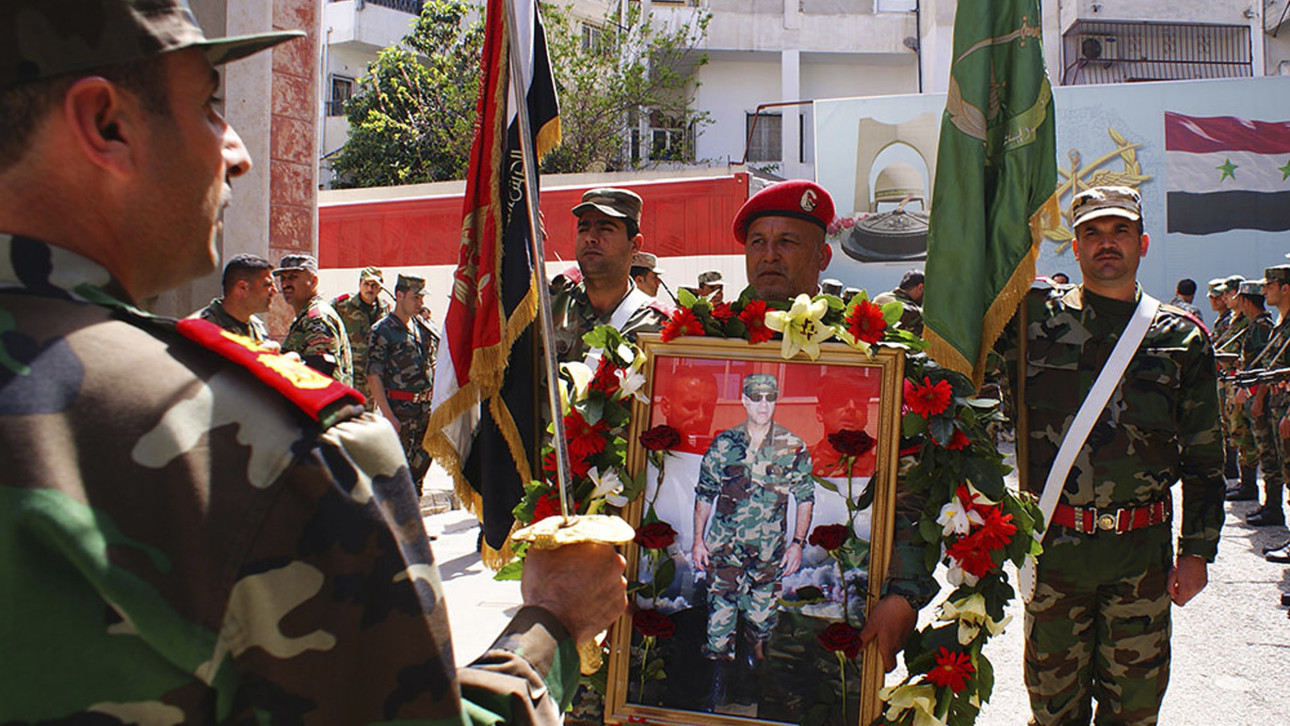 The coastal city of Latakia, a Syrian regime stronghold, is at the forefront of the latest rebel offensive. However, the battle isn’t all on the physical front lines—some residents have become the victims of a psychological warfare campaign via social media. There’s little sympathy for them, however. The targets are all members of the Assad family.

Nearly three weeks ago, rebel forces secured their first foothold in the coastal region of Syria by capturing the border town of Kasab. During the offensive, Hilal al-Assad, a cousin of Syrian President Bashar al-Assad and the head of the National Defense Force, was killed along with seven of his fighters.

Officers carry a picture of Hilal al-Assad during his funeral at a hospital in Latakia on March 24, 2014.
(SANA)

Following his death, rebel forces decided to drive a wedge into the Assad family’s grief, embarking on a harassment campaign targeting Hilal’s son and wife, Suleiman al-Assad and Fatima Massoud. Suleiman—an extremely unpopular figure among rebels—was taunted over the phone about his father’s death, with the conversation recorded and posted on YouTube.

The caller, ostensibly reaching out to the family to extend her condolences, starts out by asking Suleiman about the circumstances of his father’s death. At the end of the conversation, the caller pivots into a tirade of insults: “May there be a curse on Hafez [al-Assad], your father and Bashar. They should be screwed like the Syrian people are screwed.” Right before hanging up, the caller says, “[A] curse on your father, dog!”

On the primary Facebook page of the Syrian Revolution, rebels called on the page’s more than 800,000 followers to “extend their condolences” to Suleiman, the “son of a carcass,” and provided a direct link to his Facebook account.

Jamiyah Islamiya, an Al Qaeda-affiliated organization in Syria, posted a similar invitation on Facebook, sarcastically notifying its followers that the Facebook account of Hilal’s wife was open for condolences.

Even before his father’s death, Suleiman al-Assad was the focus of social media posts targeting him because of his status as a symbol of the family’s power and decadence, highlighting photos where he showboats his influence through his military involvement.

Since his father’s death, Suleiman, an Alawite like the majority of the Assad clan, has been accused of vandalizing Sunni-owned shops in Latakia. As of yesterday, unverified rumors were beginning to circulate that Suleiman had been captured in one of the latest battles that took place in the outskirts of Latakia.