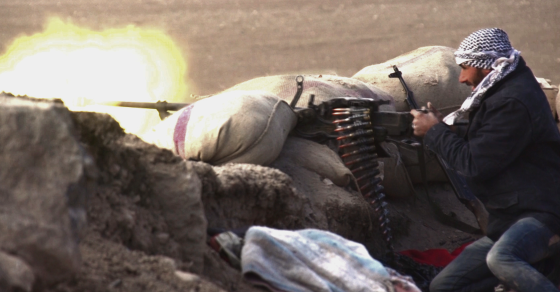 A Rare View From Inside ISIS-Controlled Kobani
By Lindsey Snell

A Rare View From Inside ISIS-Controlled Kobani 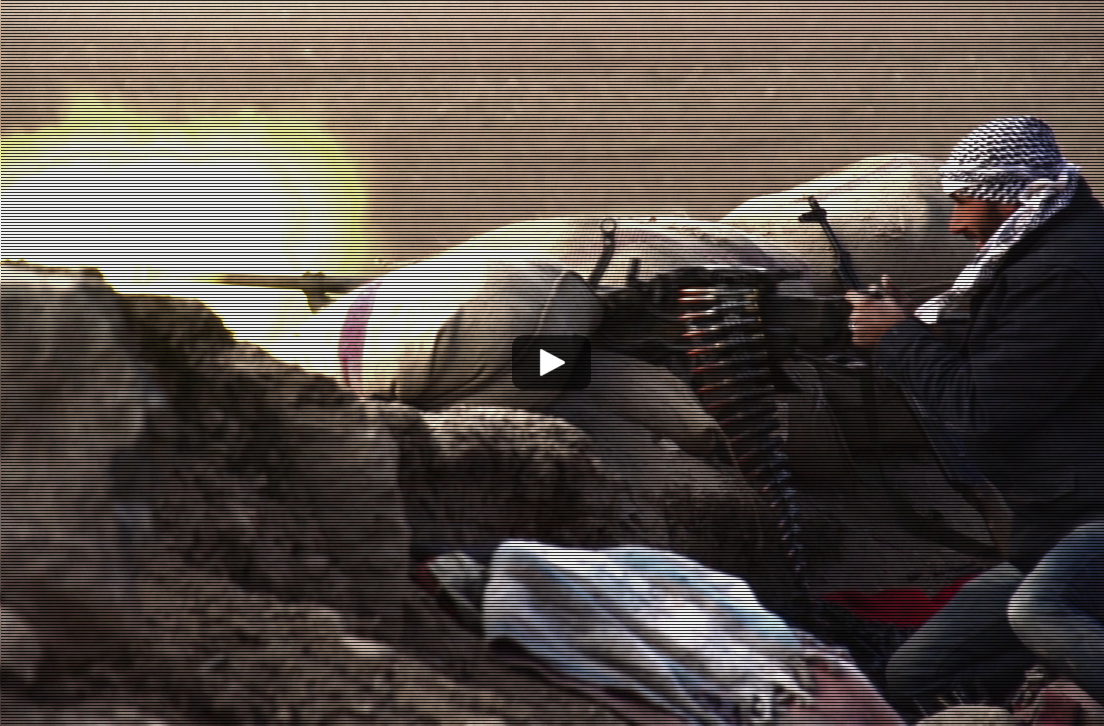 On Oct. 31, we crossed into Kobani, Syria. An estimated 8,000 ISIS fighters had pushed into the city in late September, causing upwards of 200,000 civilians to flee to neighboring Turkey. We were some of the first journalists in Kobani as hundreds of Free Syrian Army and Iraqi Peshmerga soldiers joined the YPG (the national army of Syrian Kurdistan) in the battle against ISIS. When we entered, the FSA told us ISIS controlled as much as 70 percent of the city, and the opposition wasn’t making much progress on any of the front lines. We personally witnessed airstrikes carried out by the U.S. and allied forces against known ISIS strongholds.

“Are the airstrikes effective?” I asked Col. Abduljabbar Akaidi, who is leading the FSA on the ground.

“Not at all,” he told me. “The help came too late. They needed to cut off the ISIS convoys from Raqqa.”

We spent five days in the embattled city, going to the front lines and talking to fighters, all of whom said they needed more help from the West in the form of heavy weaponry. A YPG soldier took us to an ISIS base that had been leveled by an airstrike and pointed out the corpses of ISIS fighters rotting among the rubble.

“This man is Chinese,” he said, motioning to a bloated body sprawled next to a pink rug. “ISIS doesn’t collect their dead.”

We went to a poorly equipped local field hospital that had been set up in an abandoned home. The doctor there, Mohamed Aref, told us about the grave injuries he sees on a daily basis. Injured civilians and fighters routinely die as he waits for permission for them to cross the border to get adequate medical treatment in Turkish hospitals. We met some of the thousands of civilians left in town and got their horrifying accounts of the day ISIS came to town. We heard about beheadings, kidnappings and rapes—the unadulterated brutality that has become ISIS’ hallmark.

We got used to the din of war—the Dushka (heavy machine gun) fire, the shelling and the hum of generators in a city with no other source of electricity. Our most harrowing moment came when we tried to leave Kobani to cross back into Turkey. We were waiting at the border for word that it was safe for us to move when we heard Dushka fire nearby. Then a mortar hit the building directly across from us.

“Shit!” I heard myself saying. Several more hit, and they were getting closer. A dead pigeon fell from the sky next to us, and I saw a faint trace of concern in Col. Akaidi’s eyes. Some YPG fighters ran across the street to us and ushered us to shelter under a house as ISIS continued to hammer us with shells.

Our fixer, Ibrahim Ali, gave me a weak smile. “At least the Assad regime isn’t here,” he said. “We’d be fucked if there were planes dropping barrel bombs!” We laughed. We had to.

Worst case, we figured, the barrage of shells could collapse the walls of the house and trap us for a while. The colonel made phone calls and paced as we chain-smoked cigarettes and waited. Finally, the shelling stopped, and we ran back across the border into a sea of Turkish military.