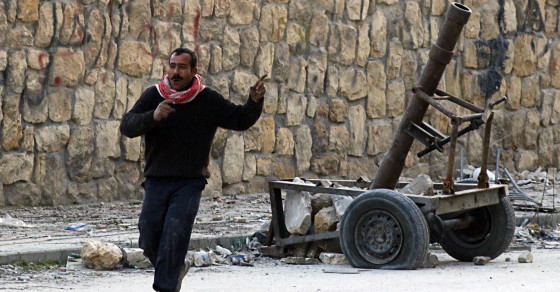 Should Saudis Fight in Syria?
By Rachael Levy

Should Saudis Fight in Syria? 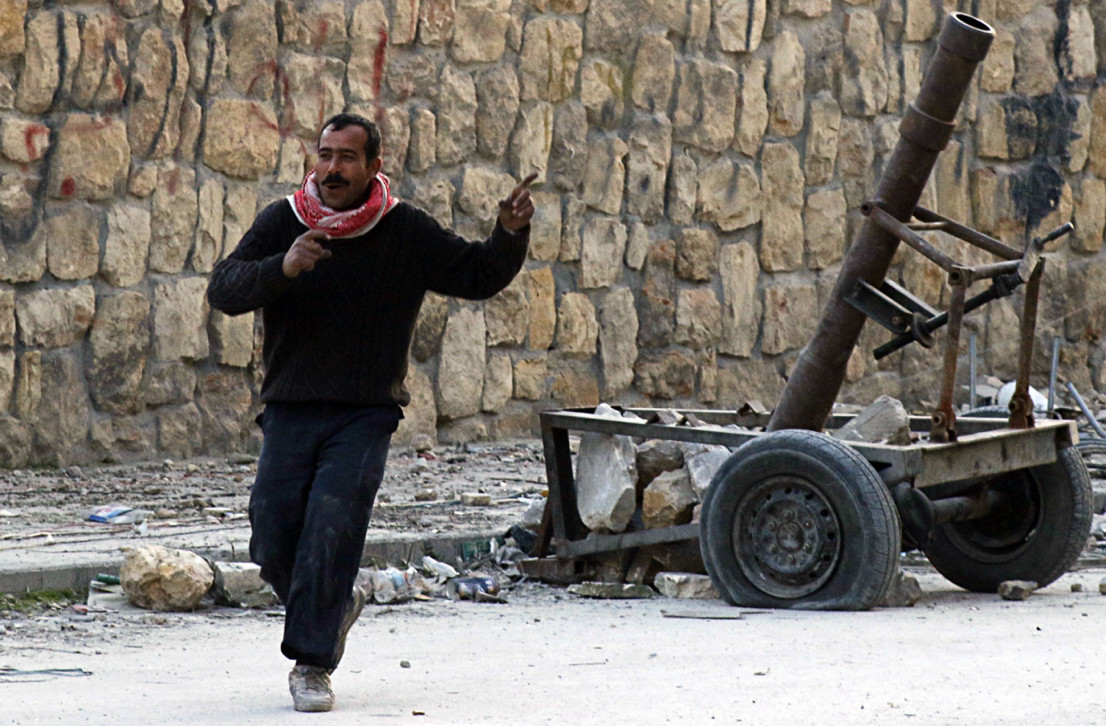 Some of Saudi Arabia’s highest-profile political figures are engaged in a controversial war of words about Syria. The schism has opened up between those in favour of Saudis fighting alongside Syrian rebel groups and those who would seek to prevent Saudi citizens from risking their lives overseas.

Al-Odeh, who has more than 4 million followers on Twitter, threatened in a tweet to take al-Shirian to court if he didn’t apologize.

The bitter debate is a microcosm of what’s going on in Saudi Arabia’s halls of power. Diplomatically, Saudi Arabia has led the charge to drum up international support for the rebels, and has even advocated for Western intervention. The kingdom has already spent millions of dollars to arm and train thousands of Syrian rebels. However, while aggressively supporting the insurgency, the Saudi government now seems to draw a line at the participation of its everyday citizens in the conflict. A new royal decree last week banned Saudis from fighting in foreign conflicts, saying that anyone caught doing so will be thrown in jail for between three and 20 years. The penalty rises to 30 years for members of the Saudi military.

It is estimated that somewhere between 1,000 and 2,000 Saudi nationals have already been involved in fighting inside Syria, with some 250 believed to have already returned home.

Reportedly, the phenomenon is no longer limited to activists and extremists. It has started to spread to the Saudi middle class. Saudis are deeply engaged with events happening on the ground. They send money and follow developments closely. The majority of followers of one of the most widely viewed Syrian rebel Facebook pages, for example, hail from Saudi Arabia.

Gruesome videos and pictures of atrocities from Syria continue to flow through social networks, spurring the desire of Saudis from all corners of society (university professors, doctors, notaries and soldiers) to participate in the conflict.

The new trend has created a rift within Saudi society concerning what role everyday citizens have in advancing the jihad against the Syrian regime, and the morality of those who are sending them there. The exchange has spilled over into a public discussion on Twitter, where many share in the outrage directed toward the clerics:

“Why are [the clerics’] sons not waging jihad?”

The above tweet echoes the feelings of some Saudis that although the clerics brainwash young people and send them to their death, the clerics’ own lives remain free of risk.

Several tweets point out the government’s role in Saudis finding their way to Syria:

The above tweet suggests that even though the official Saudi position is that it has not sent fighters to the conflict, the government is turning a blind eye, and the silence of the media constitutes implicit support.

This tweet says perhaps al-Shirian, the talk show personality, should direct his criticism toward the Ministry of Interior, which the tweet alleges has arranged the release of prisoners in exchange for their willingness to fight in Syria.

Many compare the current policy toward Syria with that of Afghanistan in the 1980s:

“In Afghanistan, the youth went to wage jihad not only with the blessing and encouragement of the Saudi government but also the U.S.!”

Others express rationalization and support of Saudis fighting in Syria:

“Iran supports the Shiites with money, equipment and men, and we consider donations to our brothers as criminal and seditious.”

This tweet suggests that it’s time to get rid of al-Shirian and his kind because they allegedly have an agenda against Islam.

A Syrian cleric living in Saudi Arabia named Adnan al-Aroor took heat from his own son. Al-Shirian has already accused al-Aroor of calling on young men to travel to wage jihad, and his son recently publicly disavowed him in a television interview aired on the Kuwaiti channel Wesal: “Why don’t you get up and go fight in Syria? Don’t just sit down on the chair. Bashar [al-Assad] is better than you.”

The regime is likely clamping down on popular involvement overseas because it is afraid of a potential terrorist blowback, similar to the bloody 2003-2006 campaign Al Qaeda waged inside the kingdom. That campaign resulted in the deaths of more than 100 expatriates and Saudis, and it stunned the government with the extent to which Al Qaeda had penetrated the country.

The clerics affiliated with the Saudi religious establishment are proponents of Wahhabism, a fundamentalist creed of Islam known to foment extremism and militancy. While the government claims to be investigating social media activity that recruits Saudis for jihad in Syria, the clerics who promote such activities may prove to be difficult to control.