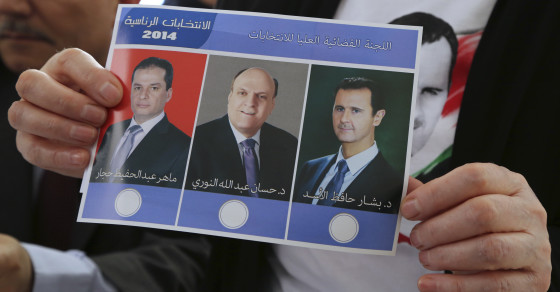 A Prankster Punks the Syrian Election
By Emma Beals

A Prankster Punks the Syrian Election 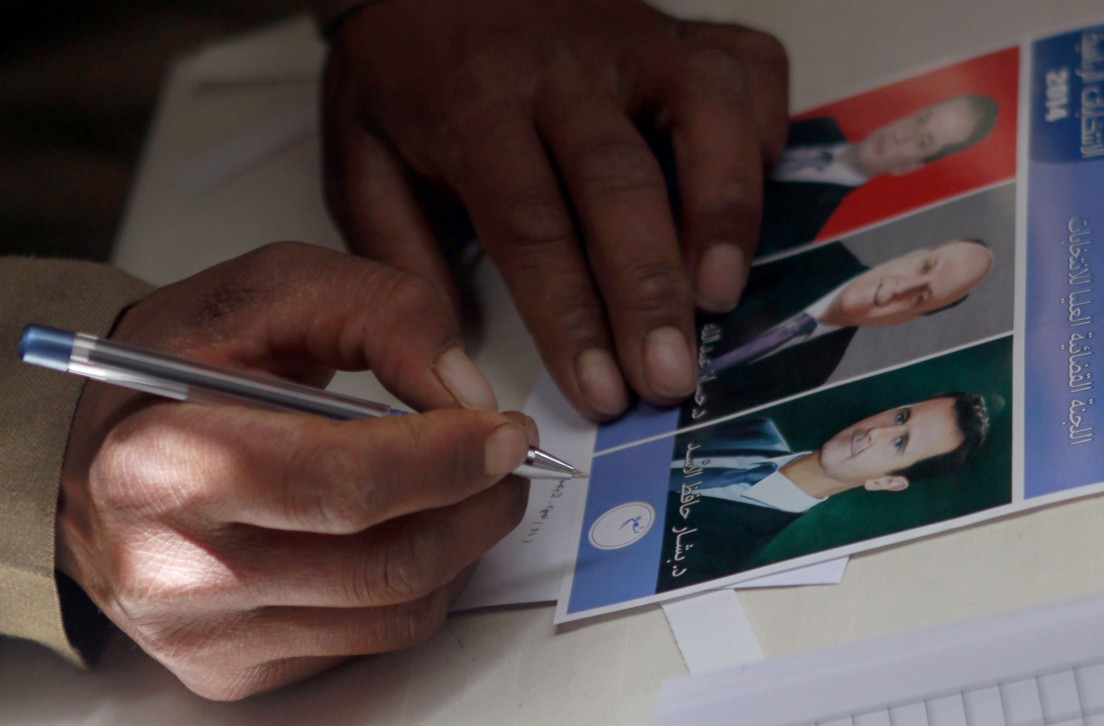 There are three candidates in today’s presidential elections in Syria. But talk to almost anyone in this war-torn country and you’ll hear that the result has been decided in advance: President Bashar al-Assad will remain in office.

So several months ago, in the lead up to the contest, a young activist named Majid decided to pull a prank that he hoped would expose the election—and the media’s coverage of it—as a farce. His plan: Set up a fake Facebook page for one of the candidates, Maher Adul-Hafiz Hajjar, 43, an Aleppo native who once supported the uprising but now backs the regime.

“The media aren’t credible,” Majid says as he sits in a quiet cafe in Turkey, where he now lives. “I wanted to teach the media a lesson. And I wanted to humiliate the candidate so I can show how ridiculous this presidency is.”

The plan worked. Over the past few months, the international press reported many details and quotes from the fake Facebook page—all of them invented by Majid, who asked to use a pseudonym for fear of repercussions.

Majid launched the prank on April 23. Nearly two dozen candidates were nominated across the country, but the government approved only three of them. Hajjar made the cut, but because he’s a relatively obscure figure, no one had ever made a Facebook fan page for him—no one, that is, except Majid.

A Syrian expatriate living in Jordan casts his ballot in his country's presidential elections at the Syrian embassy in Amman.

Initially, Majid posted up to 10 links per day about the elections. Everything seemed totally legit, and more and more people began to like the Facebook page. By the time the number of likes reached about 11,500, Majid kicked things into high gear. He posted a manifesto saying he wanted to negotiate with the opposition (the opposite of the Assad regime’s stance). He also made several statements deriding Syria’s Christian minority, which has traditionally supported the Syrian government.

“Christians have remained neutral and offered nothing to the homeland facing this conspiracy,” Majid wrote, posing as the candidate. “As such, they cannot ask for the right to a Christian president. This is illogical and unpopular.”

Before long, people began sharing his posts and sparking controversy. And Hajjar was forced to react. In mid-May, in his first television interview, he interrupted the host’s first question to deny that he had created the Facebook page and apologized to the country’s Christians. “Absolutely this page isn’t me,” he said. The segment was edited out of later versions of the interview.

Majid was thrilled. Over the next few weeks, a bevy of reporters contacted him through the page, asking for interviews with Hajjar. Most sent questions. A few of them tried to call him or verify his identity. And then he never responded. Nearly 40 news outlets wound up quoting his page in their reporting. Some, including Time, attributed his words to the candidate.

Majid was pleased. Over the past three years, he says, many media outlets have struggled to accurately and responsibly cover the war. Because some parts of Syria are mired in violence, many outlets have been reluctant to send reporters into the conflict zone. Instead, they’ve relied on social media, and at times, dubious or creative sourcing to explain what’s going on. Majid wanted to expose how easy it is to manipulate reporters who don’t pick up the phone or perform due diligence. “It went better than I imagined,” he says, laughing.

It’s unclear exactly how many votes Hajjar will get when the polls close—or how Majid’s prank will affect the outcome. But the activist says it doesn’t matter. As he puts it: “It’s not an election. Bashar is going to win.”