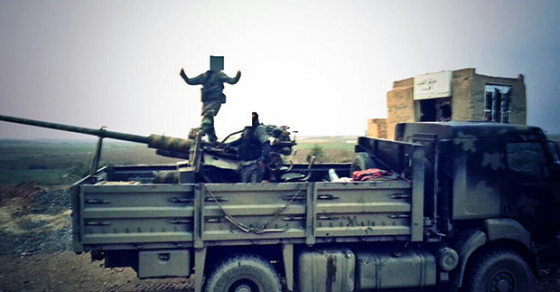 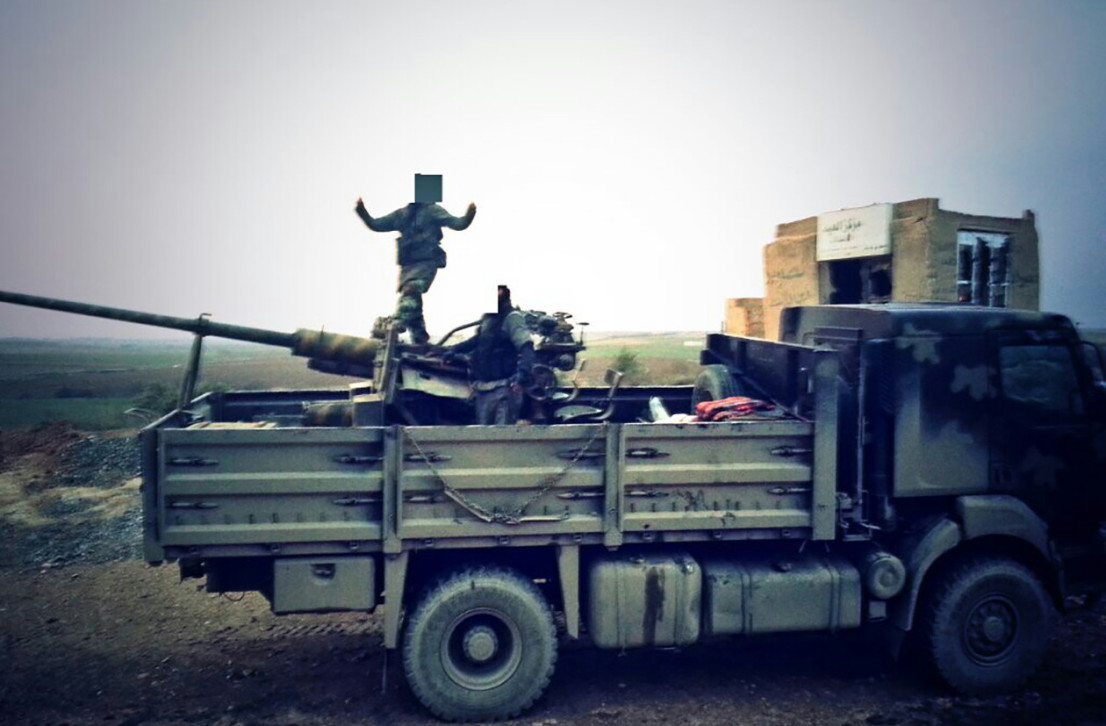 Old men in suits deny Syria’s war is enticing a young generation of militants. But how would they know? While they’re still tapping out misspelled SMS messages on a green-screen Nokia, the next-gen jihadi is figuring it all out on Facebook or WhatsApp, or Ask.fm.

A whole host of young mercenaries, from Europe and elsewhere, are blogging their jihadi hearts out. In public forums, they chat with would-be martyrs, male and female, offering advice on how best to get to Syria and what to do when they arrive—even where to buy reasonably priced AK-47s and what it feels like to behead someone.

We monitor ISIS-related hashtags and keywords emerging from Syria, and in the course of doing so, the @fulan2weet Twitter account began to stand out because it was linked to an ask.fm account, and appeared to be involved in an active two-way conversation.

By investigating the photos on linked Twitter and Instagram account, it's clear Abu Fulan is indeed fighting in Syria. Conversations with other fighters correlate with verifiable attacks on the ground, confirming that they are located near Aleppo in northern Syria, generally the ISIS area of operation. Another jihadi's account, linked to below, shows behavior consistent with recent events along the border

Abu Fulan al-Muhajir has been cheerily fielding questions over three months, in a rambling “ask me anything” style exchange on the Ask.fm platform. Abu (likely a nickname, he goes by @Fulan2weet on Twitter) expounds on the various groups fighting in Syria, why he dislikes the much-feared jihadi group ISIS, the ease with which you can purchase guns in Syria, and whether or not women should make the journey. (He says no, unless they have pre-arranged for a husband when they arrive.)

Abu, whom many people online suspect of being Danish but who will confirm only that he is from Europe, says repeatedly that he is not fighting with Jabhat Al-Nusra nor the Islamic State of Iraq and Al-Sham (ISIS), and says instead that he is part of an independent group of rebel fighters.

Smart enough not to reveal his identity, vain enough that a selfie was irresistible

He advises would-be mujahids to pack light, learn Arabic as soon as possible and bring enough money to buy an AK-47, “and a bit extra.” One participant asks the price of a Dragunov rifle in Syria.

When asked why he won’t join ISIS, Abu responds: “ISIS aren’t an AQ [Al Qaeda] group. I agree with the original AQ and love their work.”

He continues, in the breezy, staccato text-speak of a young European: “Some of my brothers from ISIS are a bit harsh. Both online and IRL. May Allah guide them to be softer towards mankind. I’m not from ISIS tho.” (Yeah, you could say ISIS are a bit harsh. They specialize in decapitations and Sharia law. But at least they apologized when they accidentally beheaded the wrong guy late last year.)

Abu describes his daily rebel routine (some pushups and running, six or seven hours of sleep) and how he’s managing to connect to the Internet (either by Turkish cell phone or at one of their Wi-Fi-equipped bases). The anonymity of the Ask.fm platform means that everyone, as long as they seem genuinely curious and don’t identify themselves as a journalist, gets their questions answered.

The Ask.fm conversation is so casual, so consistent and authentically youthful that it’s easy to forget that, whether Abu intends it or not, it’s all part of Syria’s intricate propaganda war. He peppers the dialogue with Anglicized Arabic phrases, slang and abbreviations and never really strays into angry proselytization. He’s clearly religious, and has strong views, but they’re his and he doesn’t try to force them on anyone. The conversation remains quite tolerant, honest and, dare I say it, respectful.

It’s all a bit bafflingly endearing. Except, of course, when it snaps you back to the hideous realities of a guerilla war, one in which Abu appears to be fully paid-up, murderous player.

“Doesn’t cutting the head of ur opponent count as mutilating the dead body?” asks one poster. “Is it Islamically allowed??”

“No it doesn’t,” comes the response. “There is nothing wrong Islamically with that.”

“How did it feel once you first got a confirmed body, was it as you had expected?”

“No. And it’s a great feeling knowing that you have got an enemy of Allah.”

The young fighter says that he has personally met fighters from many of the countries with fringe groups that are often associated with militant Islam. He lists Turkey, Chechnya, Somalia, Afghanistan and Pakistan, but also confirms that he has met rebel fighters from America, Australia, Canada, Germany and the Netherlands. He claims to have personally met at least 10 British mujahideen. (ISIS has English battalions, he says. It’s unclear if he means English-speaking.) But he thinks the largest group of Westerners in Syria hails from France. He answers questions about having met Belgians, Senegalese or Gambians in the negative.

The English-speaking online jihadi is a growing phenomenon. They’re on Twitter; they’re on Instagram. One rebel chronicles his time in Syria on an aesthetically pleasing Tumblr. Tumblr’s a favorite, it seems. I have yet to find a jihadi writing on Medium, but it can’t be far off. You can bet your ass this is the most Snapchatted war in history.

A heavily bearded Dutch fighter called Yilmaz keeps an online Tumblr journal called “Battlefields of Syria,” posting baby pictures, thoughts on women and Quranic passages. Yilmaz, who was trained in the Dutch army and now trains jihadis in Syria, was recently profiled by Dutch TV (see below) and keeps a running, polyglot conversation going with followers, again via Ask.fm. Oh, and he does like the Dragunov sniper rifle, but he backs it up with an AK-47 and a third rifle for good measure. Some jihadis have all the luck.

This is a stark contrast with the way jihadis in the Osama bin Laden era cocooned themselves off from the rest of the world. When bin Laden sequestered himself in the Afghan caves of Tora Bora to evade capture, he purposefully became a jihadi ghost. He left no trail, he wafted around the world, stealthily cloaked in his own mythology. These young fighters, on the other hand, live in a warren of social media posts, but they may as well be in a glass worm farm. Like all true millennials, for whom privacy tends to be an abstracted concern of the elderly, it’s all out in the open. Through their posts, we can see into the rebel movements. We get a firsthand, Sutro-filtered picture of what it would be like to be bumming around Syria with the rebels, wantonly decapitating infidels and attempting to create a Sharia state.

From any of their Tumblr musings, you can jump off the bottom into a sea of comments, where the jihadi wanderings are shared by sympathizers, conspirators and fellow fighters, who are reposting, liking and sharing one another’s experiences.

It’s as if they’re all off on a gap year, volunteering overseas. Which, in a way, they are. Only, few would claim they’re leaving a positive footprint. And many of them will never return home.