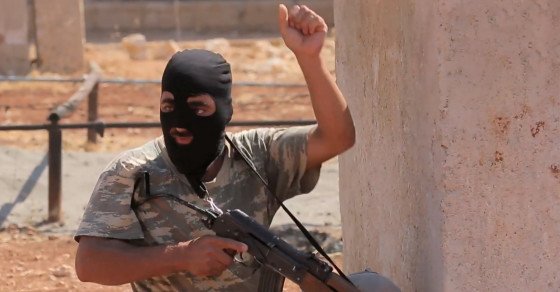 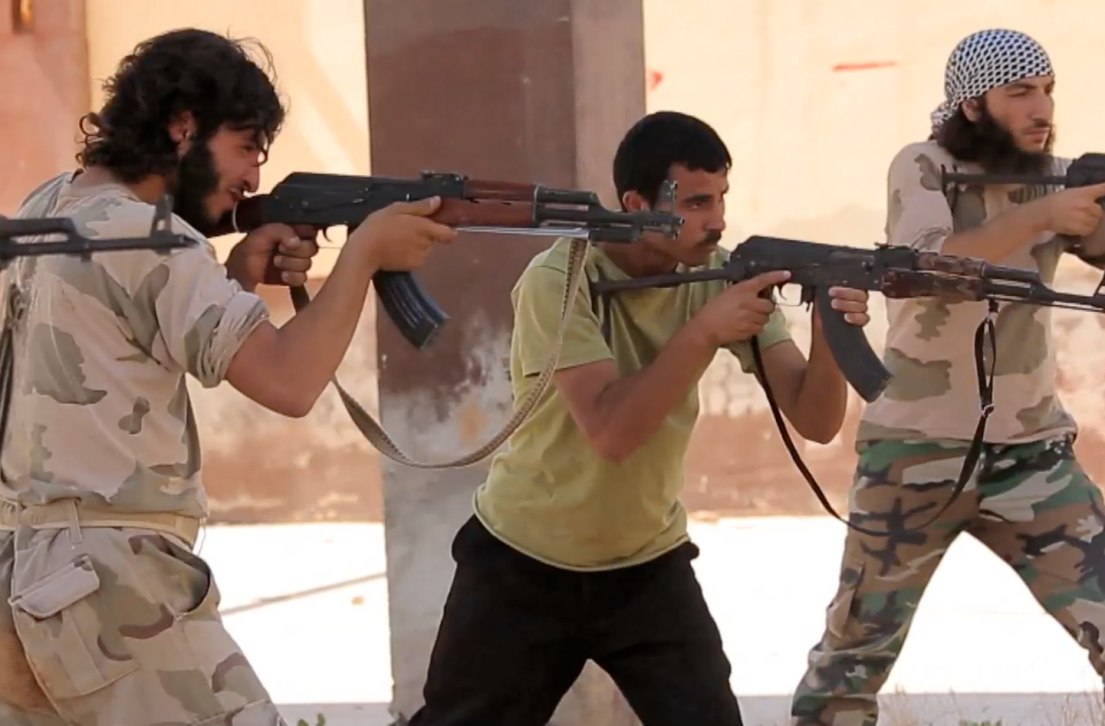 “Recently, we found the dead body of an American,” says Sheik Husam Atrash, leader of the Jaish al-Mujahideen brigade, an anti-Assad-regime resistance force and one of the factions of the Free Syrian Army that’s currently fighting ISIS. “We also found the American militant’s passport.”

He shows it to us. It bears the name and the face of Douglas McAuthur McCain, reportedly the first American to die fighting for ISIS. The Free Syrian Army says it not only has McCain’s passport — it fought and ultimately killed the American.

The soldiers of the Free Syrian Army, some of them teens, are locked in a grinding, rolling guerrilla conflict with ISIS—one that the United States joined with air strikes on Raqqa in central Syria today.

Addressing the nation on Sept. 10, President Obama pledged to “hunt down” jihadi terrorists operating on behalf of ISIS. On top of an ongoing air strike campaign, he promised to strengthen the ISIS opposition in Syria and Iraq. President Obama has already allotted funds to rebel factions like the Iraqi army and the Kurdish armed forces, but the U.S. House voted just last week to authorize the training and arming of the Free Syrian Army.

As part of our collaboration with MSNBC, Vocativ producer Lindsey Snell crossed into Syria through Turkey to meet with the Jaish al-Mujahideen Brigade of the Free Syrian Army and find out just what the American people have paid for.

What we found, while dodging ISIS fire, was a ragged but capable force operating out of an abandoned mansion, armed with homemade missiles and populated by teenagers. “He is 17 years,” FSA fighter Abu Kaka tells us, pointing at a brigade member he claims is his brother. Whippet thin and holding a Kalashnikov almost half his size, he appears far younger than that. “Yes, he seems very young,” Kaka says. “He’s fighting six months for us. In other places, even women are fighting with us because it is a death or life revolution.”

But it’s an uphill battle for the members of Syrian opposition. While ISIS can fund their army with hostage negotiations and trades made in black market oil rings, without the financial support of the U.S., the FSA is left to their own devices—literally.

“It was so hard to get heavy weapons and use it against your enemies. No one wanted to give us weapons to defend ourselves,” says Ammar Albagd Albagd, a fighter with the Jaish al-Mujahideen brigade. “We find many ways to use everything around us to develop good weapons. We build factories for this self-manufacturing.”

An FSA commander shows Vocativ their secret facility where they make their own artillery. “Everything here is self-made,” he says. “These are the missiles. The missile is poured into an oven then shaved. Then the explosive is stuffed into the body. Then a detonator is attached along with a propellant. Then we strike it in the mortar pole, which is also self-made.”

Back on the front lines, Kaka tells us that he was unimpressed with President Obama’s address to the nation earlier this month. Despite the promises of much-needed support, he remains wary. “In Syria,” he says, “we don’t take any consideration for Obama or anyone who speaks for us because we know it is just talking.”