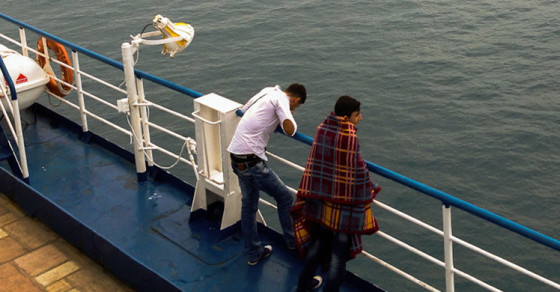 Even Affluent Syrians Are Unable to Escape Assad’s War 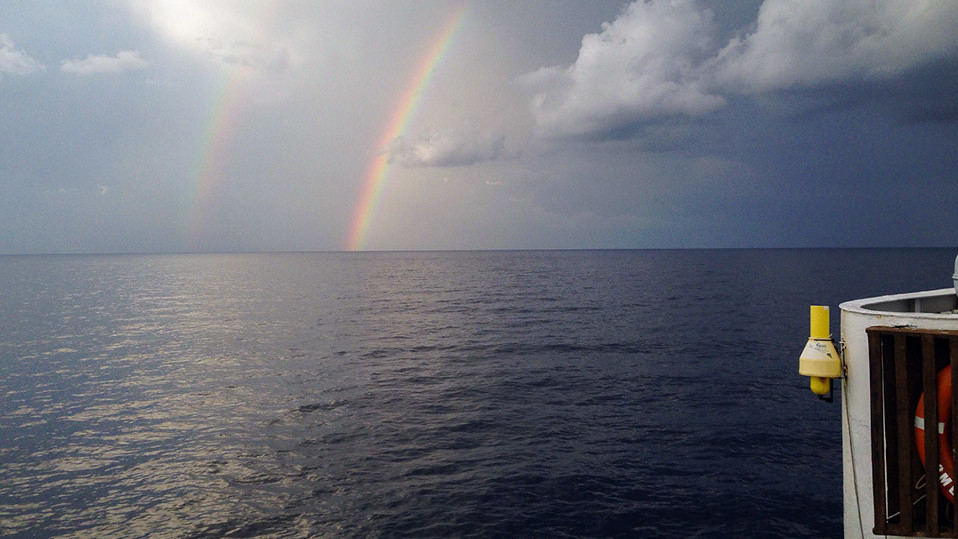 TRIPOLI, LEBANON—On a rainy night recently, roughly 50 Syrian refugees climb aboard a rusty ferry in this crumbling port city near the Syrian border. They huddle together at the stern, looking for the last bars of cellphone coverage. And as the ship sets out across the Mediterranean toward southern Turkey and beyond, they marvel at the yellow lights shining along the Lebanese coast.

This isn’t your average refugee boat. It isn’t adrift or dangerously overflowing with people. Most of the passengers haven’t lost everything. Instead, they are moving to the West or reuniting with relatives living in northern Syria. Some have a little money and can easily afford the trip. Others borrow just enough to get by.

Years ago, Syrian and Lebanese tourists would take boats like this to go on budget holidays and shopping trips along Turkey’s southern coast. Those days are long gone. Now most of the travelers are young, educated men who came to Lebanon to escape the Syrian civil war. Many are avoiding conscription into the army of Syrian President Bashar al-Assad. Others are escaping pressures to join a variety of Islamist rebel groups.

Syrian refugees snap pictures aboard the ferry taking them to Turkey.

Lebanon had been their initial hope. But life is hard for many in this tiny Middle Eastern country, where a third of the population now consists of Syrian refugees. Lebanon closed its borders last month to the newcomers. Meanwhile, work is scarce, discrimination is common and living conditions are often unsanitary. And as another cold winter approaches, the refugees say their lives will become only more difficult.

“There is no work for me in Lebanon,” says Abdullah, a 22-year-old from Damascus who, like the others on the boat, offered only his first name.

Like many affluent Syrians, Abdullah, a former engineering student, had long avoided mandatory army service because his family paid his way out. In 2012, he says, his father forked over roughly $2,000 to keep him from having to join the army. But over the past year, as the war has worsened and casualties have mounted, even affluent Syrians have been unable to buy their way out of the fight.

Several months ago, before Abdullah’s junior year of college in Damascus, the Syrian army came calling. “First I received phone calls from an army officer asking me to come speak with him at his office,” he says. “When I finally met him two weeks later, I was told to report for army training in one week. He promised that I would only be working at a desk, but I knew this was a lie, so I traveled to Lebanon the next day.”

Now, after several uncomfortable months, Abdullah has linked up with a Turkish smuggler who says he’ll take him to Europe. His primary goal once he’s settled: “Find a wife,” he says.

Not everyone on board, however, is destined for life in the West. Below deck, a scruffy man with fresh scars on his face says that he, his wife and 2-year-old son are headed back to Syria. His name is Ismail, and an airstrike by government forces destroyed his home last summer in the Ghouta area outside Damascus. “In one second, everything we owned was gone,” the man says.

He, too, found life in Lebanon difficult. A carpenter by trade, he struggled to find work. Unable to afford traveling to the West, he and his family are now moving to Idlib, a province in northern Syria that’s long been under rebel control. His wife is from there, and they still have family in the area. But traveling by land from Damascus is too dangerous, as the country is divided between the Syrian government and various armed rebel groups.

While he was still living near Damascus, Ismail says he felt pressure to join a number of Islamist anti-government militias. But he didn’t want to end up like his friends who had died or turned into hardened men. And the thought of leaving his young son without a father was too much for him to bear. He’s afraid of returning to Syria, but sees no other option.

“It will be safer for us in Idlib,” he says.

A double rainbow appears over the Mediterranean Sea between Lebanon and Turkey.

As dawn breaks, a double rainbow streaks across the sky beneath the storm clouds off the port side of the ship. Still half asleep, roughly a dozen people watch in awe and snap pictures of one another to capture the moment. “This must mean something good will happen to all of us,” says Bachir, a 29-year-old computer engineer.

As the rugged Turkish coast comes into view, Bachir grows excited. His future wife is waiting for him in the Turkish city of Izmir. From there, they’ll travel illegally to Greece and then to Germany to seek political asylum.

“I have cousins in Germany now who told me they can help,” he says. “If we can’t stay, I know Sweden is very good to Syrians.”

Close to an hour later, the ship docks in the tiny Turkish port town of Taşucu. It’s late morning and another downpour has started. Bachir says goodbye to his fellow travelers and begins walking along the wet cobblestone streets. Like those of the other passengers, his journey is only beginning.