Assad’s Teen Niece Gets a Lesson in Antisocial Media 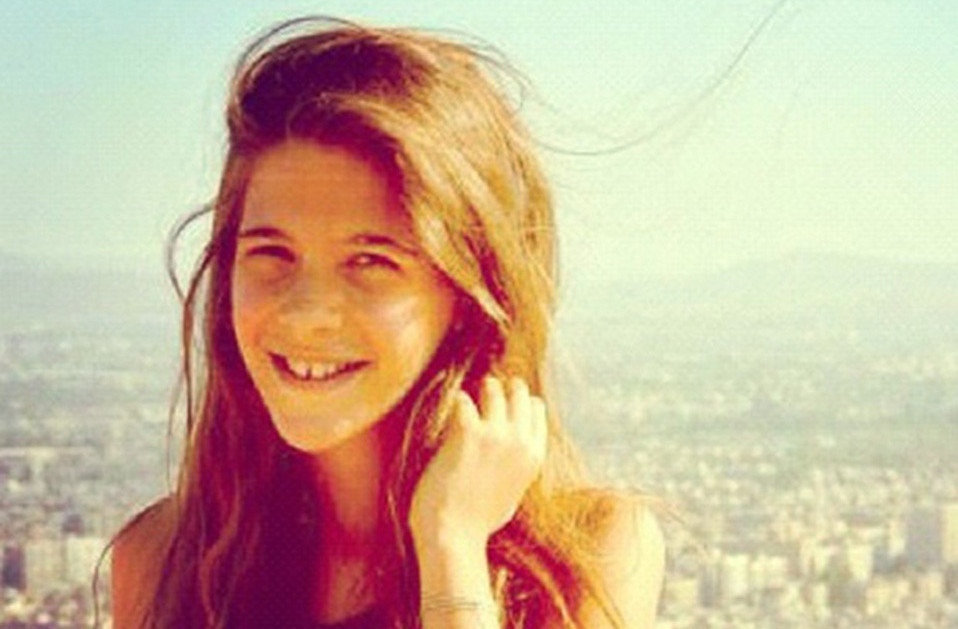 Her Facebook cover photo shows a young girl in her dad’s arms. Her Facebook likes are dominated by Disney movies, fashion and the boy band One Direction.

Just a typical teenage girl, right? Well, yes. And no.

Her name is Naya Shawkat and her dad was one of the most feared members of Syrian President Bashar al-Assad’s inner circle. Before he was assassinated, anyway. In fact, looking at Naya’s very active social media presence, it’s easy to see that she is in many ways just a naïve 13-year-old girl who misses her dad, too young to understand or acknowledge who he was or what he did.

Should teens be using social media?

Which is why when we came across Naya’s very active social media profile while investigating anti-Assad hackers, it got us thinking about the often-strange disconnect between teenagers’ online and real-world selves.

Photographs of Naya were among a number of images anti-Assad hackers say they stole from the the private computers of some of those closest to the Syrian president, including Bushra, Naya's mother. The hackers, calling themselves Pirates of the Syrian Revolution, published photos and uploaded videos containing images of Assad family members in an ongoing campaign aimed at embarrassing the regime.

Through the ages, after all, a lot of very bad men have had children who loved them—one kid’s war criminal is another’s bedtime storyteller. What’s different today is that a child’s love is often not a private affair. All around the world—including Dubai, where Naya and her family escaped after her father’s death—many of us, but especially teens, live our lives out loud. And a teenager’s social media presence can make her an easy target.

Which is what Naya has become.

The pictures in this story came from her social media accounts, but many never would have been seen by anyone outside her friends list if they hadn’t been released as part of a broader effort by anti-Assad hackers to discredit Naya’s family.

Her father, Gen. Assef Shawkat, was married to Bashar al-Assad’s older sister, Bushra. The bride’s family is said to have opposed the marriage—one of his in-laws once shot Shawkat during an argument—but the union survived and Shawkat rose up the ranks of power. He was assassinated in July 2012 after a brutal reign as Syria’s Deputy Minister of Defense and head of military intelligence. (The U.S. froze his assets in 2006 because he had been a “fundamental contributor to Syria’s long-standing policy to foment terrorism.” American intelligence also thinks he may have been involved in the killing of Lebanese Prime Minister Rafik al-Hariri.)

Having your family's social media accounts accessed by Syrian hackers means your friends get unwanted attention too. (That's Naya on the right.)

Shortly after Shawkat’s murder, Bushra fled Syria for Dubai with her five children, including Naya. (Bushra’s mother likely joined them as well.) They all now live in protected exile as civil war rages back home.

Note to strongmen in authoritarian regimes: When you do bad things—like Naya's father, Gen. Assef Shawkat—people end up violating your children's privacy.

In her social media posts, Naya offers few hints about why she was forced to leave Syria, but it’s clear she misses her homeland. In one Instagram photo she alludes to what she left behind in a hashtag flurry: #me#girl#syria#damascus#beautiful#view#missing#mycountry#smile. (To be frank, though, the family’s exile isn’t especially strict: Naya posts often about visits home.)

In most other ways, Naya, who attends an international school in Dubai, is like over-sharing teenagers everywhere. Along with Facebook and Instagram, she’s also active on Snapchat and Ask.fm. Taylor Swift is the celebrity who annoys her the most, and her favorite stores are Zara, Forever 21 and TopShop.

On Ask.fm recently, someone wondered about the bravest thing Naya had ever done. Her answer: “Entering the one direction fandom though i know there is no way out…and I know it will ruin my social life.”

Some of the pictures of Naya (second from right) that were published, like this one by the pool in Dubai, feel more personal than others. In a similar image of the girls, the hackers overlaid text which referred to them as whores. (YouTube)

Such answers make it easy to give the benefit of the doubt to a 13-year-old with a messy family tree whose innocent postings could fall into the wrong hands. But it does make you wonder how Naya will express herself online as she gets older and understands more fully what it means to be a part of a family that’s privileged, high-profile and, in many parts of her country and the world, hated.

Naya, shown here on a trip back to Syria, rarely, if ever, acknowledges the problems in the country—or what caused her family to flee from it.
At some point, Naya may rethink her online image.

Right now, the only allusion we could find that Naya makes to the Syrian conflict comes—naturally—in a discussion about One Direction. Some friends believe the group supports bombing Syria. Her response: “Guyss directioners never supported bombing syriaa …some swifties and lana del rey fans started this so they can make us look bad but it didnt workk.”