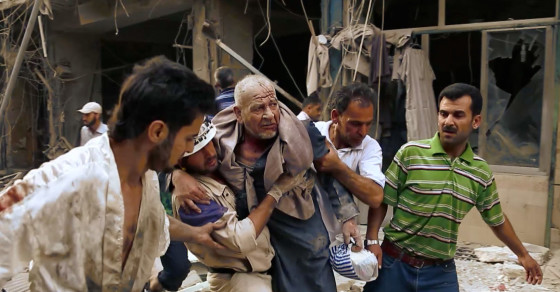 Caught Between Assad and ISIS: On Patrol With the Free Syrian Army
By Lindsey Snell

Caught Between Assad and ISIS: On Patrol With the Free Syrian Army 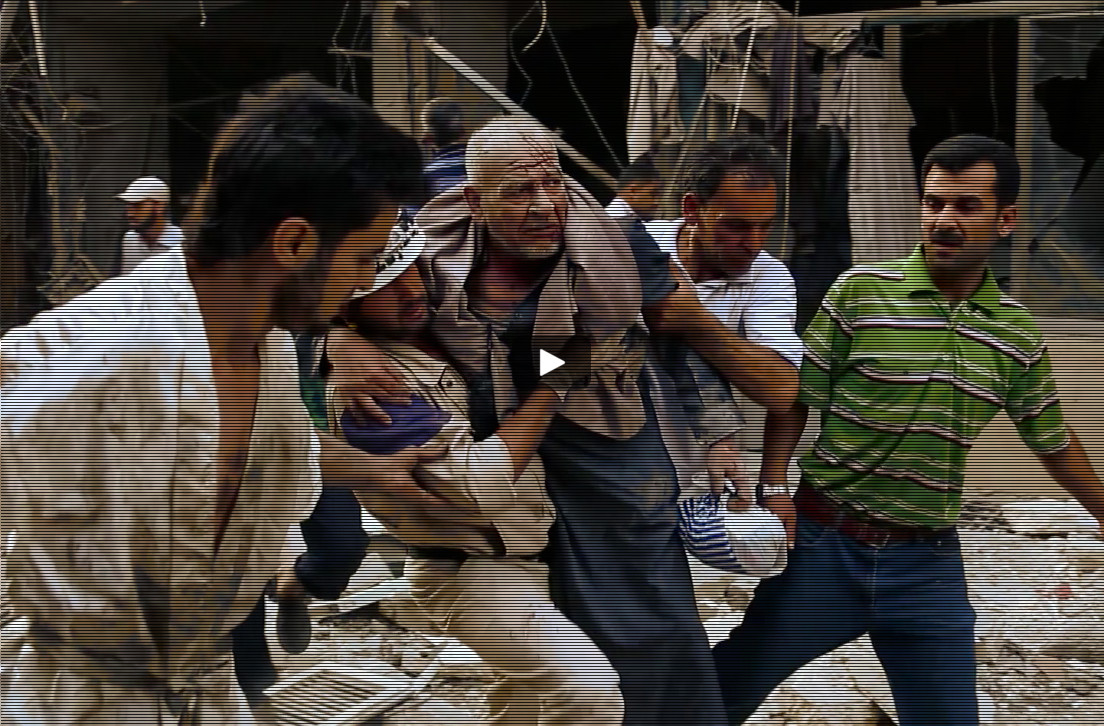 “The first enemy for us is the Assad forces now,” Free Syrian Army fighter Abo Almagd tells us. “Because the Assad forces destroyed the country, killed the people, killed the children.” But even with Assad in their crosshairs, Almagd’s men also must fight a second, equally merciless enemy.

The Free Syrian Army has been battling to overthrow Syrian President Bashar al-Assad since 2011, when the country became embroiled in a civil war. Cracking down on the opposition, the Assad forces have continuously bombed the FSA-controlled half of Aleppo, the country’s largest city. Adding to the FSA’s troubles, the Islamic State (commonly known as ISIS) has entered the mix and begun to fight both the FSA and the Assad regime.

As part of our collaboration with MSNBC, Vocativ traveled to Aleppo to take the temperature of a city under attack by two heavily armed, deadly factions.

Surrounded by bombed-out buildings, an FSA brigade relies on a single car battery to charge communication and lighting devices. (Electricity is available only one or two hours a day.) “We have a lot of things to help us continue to complete our future,” Almagd explains. “We use a lot of ways to get power and electric.”

Not that they use their lights that much, anyways. With Assad’s forces controlling the air, even a single headlight becomes a target when the sun goes down. “When we drive the car at night, we can’t keep the lights on,” Darwish Alsaleh, another FSA fighter, tells us. “If an Assad jet detects the lights of the car, they might shoot us.”

“Driving at night with lights may be reason for your death,” Almagd ominously adds.

During the day, civilians hide their cars with tree branches to spare them from the helicopter gunships targeting the city. This year alone, over 3,000 people have been killed by barrel bombs dropped by Assad forces in Aleppo.

But an entrenched, airborne government isn’t the FSA’s only problem. In 2013, ISIS joined the Syrian civil war in an effort to establish a global Islamic caliphate. ISIS also commands more resources and more fighters than the FSA. “It is not a balanced fight between ISIS and FSA,” Almagd tells us. “They have more weapons than us…better weapons than us.”

To compensate, the FSA has set up secret munitions factories where members manufacture their own bombs and missiles. They even build their own fighter tanks that are operated by PlayStation controllers.

DIY solutions may be enough for now, but Almagd is realistic about the chances for his shoestring brigade. “We have been fighting since three years,” he says, “and we will fight for 20 years.”