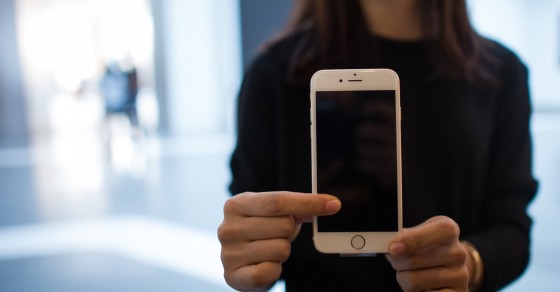 He Was Charged $1,800 for an iPhone 6 and Didn’t Get to Keep It
By Yonatan Amrany

You’ve seen lines snaking around the block of people itching to pick up the new iPhone. But for one guy in Singaproe, the pandemonium began after he got his phone.

In a recent incident in Singapore, Pham Van Thoai, a visiting Vietnamese factory worker earning 200 Singapore dollars a month (around $159), hit up local retailer Mobile Air to buy an iPhone 6 as a birthday present for this girlfriend.

Luckily, Pham had saved up for months, as Mobile Air charged him a steep S$950 ($760) for the sought-after item. However, when he was about to leave the store, he was charged an additional S$1,500 ($1,199) for a warranty package, bringing the total to a staggering $1,800—the equivalent of over 11 months of Pham’s wages. On top of that, he wasn’t allowed to leave the shop with the iPhone until he paid for the warranty, even though he’d already plunked down for the actual device.

Though he got down on his knees and begged for a refund—as shown in this video circulated on social networks—Pham managed to get only S$400 back after his girlfriend called the Police and the Consumers Association of Singapore. Oh, and he didn’t get to keep the phone.

Perhaps not surprisingly, the incident has stirred feelings of regret among Singapore natives. In fact, an Indigogo campaign titled “We Need to Make This Right, Send Him an iPhone6!” that popped up on Nov. 4 has already raised almost $12,000 that it claims is for Pham. Other, less reputable locals have also gotten in on the act.

For his part, Pham said he is not accepting any more help. “I lost $550,” he told a news outlet, “so I will accept only $550 donated by kind people. Nothing more. I’m grateful for all your kindness, but I do not want to take more than what I’ve lost.”