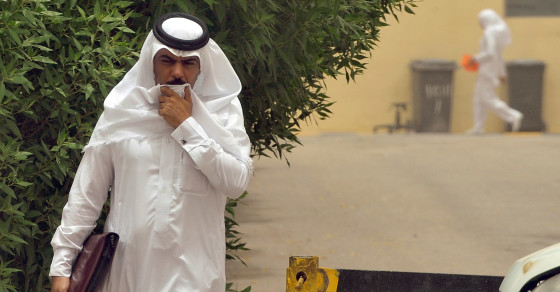 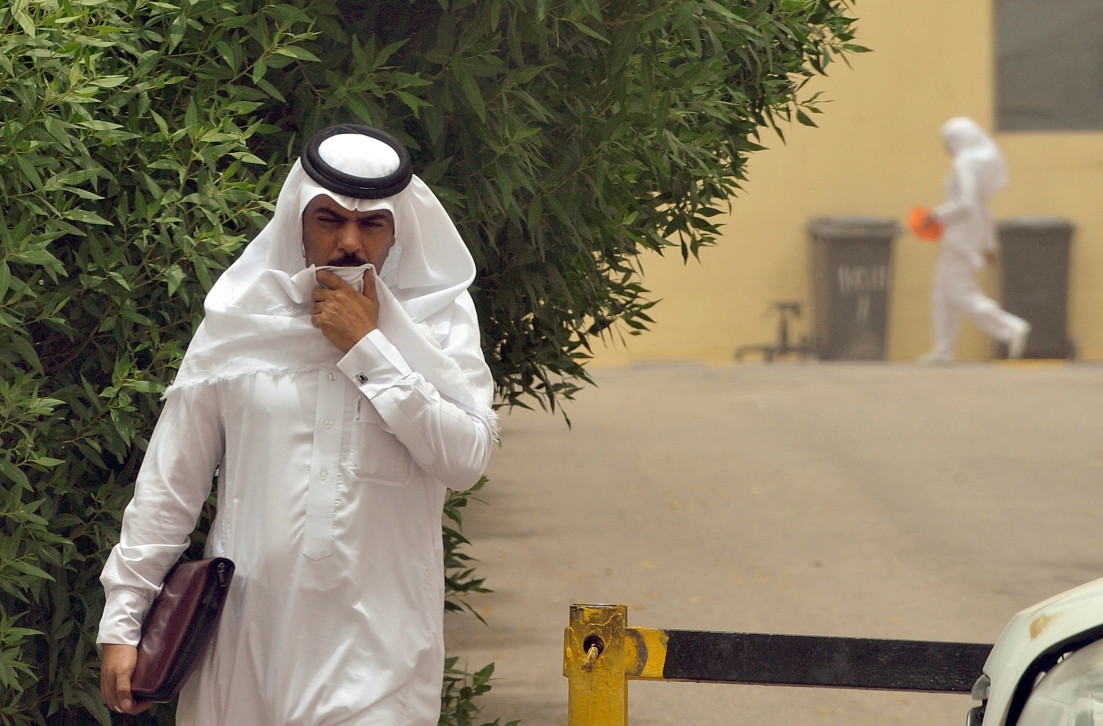 Saudi Arabia’s doctors are having no luck stopping the deadly Middle East Respiratory Syndrome (MERS) virus from sweeping the country, but the government is doing much better at preventing news of the disease from spreading.

In an effort to control information related to the virus spreading across the country, the government has ordered Saudi media outlets to quote only official sources on the disease. In parallel, the Saudi Ministry of Health issued a notice last week threatening health workers with prison for disclosing any health ministry information.

With each passing day, the number of reported cases of MERS, known in the kingdom as “coronavirus,” is growing—and along with it, public anxiety. According to experts, over the last month, MERS cases in Saudi Arabia have jumped from between one and three cases a day to more than 10 new cases reported daily. While these numbers are alarming, they may in fact be just the tip of the iceberg, and health professionals are frustrated that the true scale of the crisis is being held back from the public.

Despite threats against them, some Saudi doctors have taken to social media to share information and allegations. Dr. Saud Almaslmani, an orthopedic surgeon at King Abdulaziz Hospital in Jeddah, tweeted to his followers that it has been forbidden to write on coronavirus as the cause of death.

Other doctors claim that the government is under-reporting the official number of MERS cases. Dr. Rahaf Al-Harbi—a heart surgeon based in the Najd Consulting hospital in Riyadh, according to his Twitter profile—tweeted to his followers that the reported numbers are significantly lower than the real amount of cases.

Translation: “The numbers that the ministry of health provided are significantly lower that the real number of cases. How long will you continue to lie under the pretext of not scaring the people?”

Dr. Ahmad Azhar, a pediatric cardiologist at King Abdulaziz Hospital in Jeddah, suggested that the extent of the spread of the virus in Jeddah is being covered up, and referenced as evidence one of his colleagues who has been hospitalized and is on a ventilator.

Translation: “The local situation in Jeddah already has negative consequences, and a proof for that is the state of my brother Dr. Ismail. There is a lot of cover-up around the subject.”

The official sources on which the public are meant to rely, however, paint a very different picture. Last Friday, Arab News, an English daily with ties to the Saudi government, published an editorial urging the public that the virus should be “viewed in a proper perspective,” that the “number of people in the Kingdom known to have died from the Middle East Respiratory Syndrome remains happily low” and that the “death toll is therefore statistically insignificant.”

The editorial also claims that the virus has a fatality rate of 35%, despite the World Health Organization’s fact sheet specifying 60%.

Despite the government’s efforts to maintain public calm, heightened anxiety among Saudis surfaced on social media. Most of the online discussions of the virus last week were taking place in the area of Jeddah, the epicenter of the new outbreak.

On April 15, the Twitter discussion of MERS was centered in Jeddah.

A week later, the discussion had spread to all of Saudi Arabia, and neighboring countries are now heavily weighing in on social media networks.

On April 22,  the Twitter discussion of MERS has grown significantly and spread throughout Saudi Arabia and neighboring countries.

The government is working hard to counter rumors as they spread quickly through social media.  On April 22, education officials in Jeddah denied that final exams would be postponed after a rumor began circulating on Twitter.

Claims were also circulating among everyday Saudis that death certificates were being forged in order to conceal MERS-related deaths. Speculation swirled around the death of Dhafer al-Ameri, a young Saudi man who officially died from cardiac arrest but is believed by many to have been another fatality of the coronavirus. Using his name as a hashtag, which was tweeted thousands of times, people were posting Ameri’s picture, showing that he was ill days before he died, as well as pictures of the documentation stating that his death was caused by cardiac arrest.

Rumors also circulated about the closure of hospitals. A resident doctor at King Abdulaziz Medical City, Riyadh denied via Twitter that the hospital had been closed to all patients except those who had contracted the coronavirus. 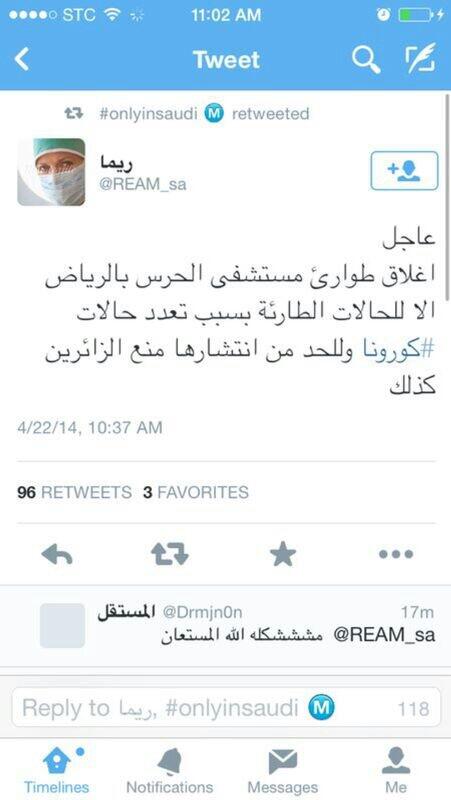 Saudi Health Minister Abdullah al-Rabia is now out of a job.

Vocativ reported last week that the latest outbreak of the coronavirus had sparked Saudi outrage toward the government’s handling of the crisis. With reports of 13 new cases, the Saudi Minister of Health was fired on Monday.

In 2003, SARS, a virus with similar hallmarks to MERS, spread throughout China. China’s lack of transparency and attempts to suppress the facts about the extent of the virus’ spread fueled the resulting pandemic. Summer vacation and the Hajj in October are potential flash points for the spread of the virus to other locations, and calls are mounting for Saudi Arabia to declare a state of pandemic. Azhar is among the local doctors calling via social media on the government to declare a pandemic:

Translation: “It seems that the number of doctors that have died until now still isn’t enough to convince the ministry of health to declare a state of pandemic in the city of Jeddah. How many doctors must die?”