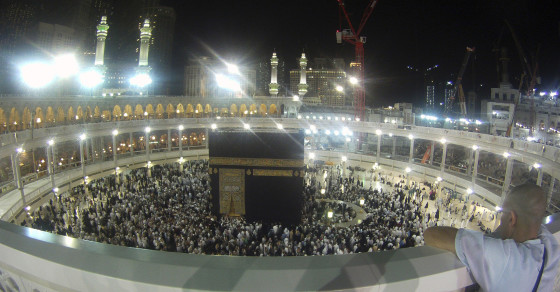 Why Are Saudis Tearing Up the Quran?
By Rachael Levy

Why Are Saudis Tearing Up the Quran? 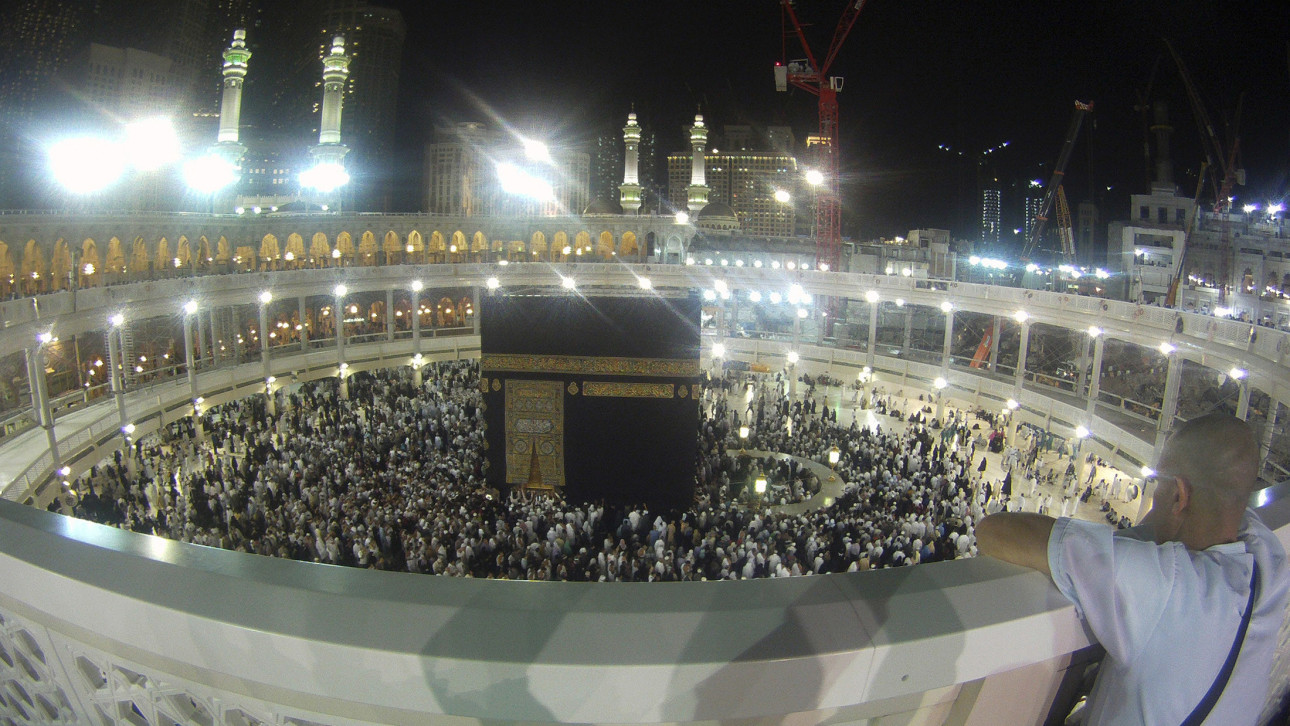 Saudi Arabia is not the go-to country when you think of atheism, being one of the world’s most repressive Islamic societies. Turns out we may have them pegged all wrong. A 2012 Gallup poll revealed that there is a similar proportion of atheists in Saudi Arabia as in the United States and parts of Europe, and what’s more, those atheists are being increasingly vocal, despite the threat of violence against them.

Atheists in Saudi Arabia tend to keep a low profile (because beheadings), and because Islamic law is the law of the land, they often maintain a semblance of religious observance in public. Not so online, where they’re skirting danger and expressing their atheism via anonymous accounts. The dual existence makes for some incongruous posting—like the user below, defiantly declaring atheism from Mecca, with the holy Qabaa stone in the background.

"Proud to be #atheist" near the holy cube in #Mecca. #تجريم_الدعوة_للإلحاد #SaudiArabia #Islam https://t.co/Xyp9YeUdvi

Twitter profiles dedicated to atheism in Arabic have large followings—the Twitter handle @Atheistguide has more than 30,000 followers, primarily from the Middle East. In the last month alone, the hashtag #Atheist in Arabic was tweeted more than 70,000 times.

When Saudi Arabia issued a decree criminalizing the practice of atheism this month, it sparked a blasphemous campaign in response. The hashtag #CampaigntoTearTheQuraninSaudiArabia was tweeted more than 7,800 times in the span of a week, circulating images of protest.

A 23-year-old woman who goes by the name of Hafsa is one of the most active users of the hashtag. She has posted particularly provocative images.

In the tweet below, Hafsa commits a double taboo by stomping on a shredded Quran with red high-heeled shoes. She mockingly asks: “Will Allah react or not? Will he cause an earthquake under my feet even though I live next to his house [in Mecca]?”

Afraid of societal and legal repercussions, other social network users who published images of torn up Qur’an did so under false names and identities. One Twitter user by the name of Blasphemer posted an image of a torn-up Quran, saying that he hides his identify because of the society he lives in.

When asked whether his friends and family knew of his blasphemous deeds, he replied: “No, and in our tribal society they can’t know. If they had known, they would have treated me as if I am possessed with demons, and I would be isolated, therefore I keep it to myself completely.”

Another tweeter who goes by Mighty Feynman used a picture of Richard Feynman as his avatar. Feynman is an American theoretical physicist and avowed atheist. The Twitter user also posted a picture of a torn-up Quran, claiming to have spit on the holy book before tearing it to shreds.

Desecration of the Quran is one of the most extreme acts of blasphemy that a Muslim can perpetrate and has been a trigger for violent reactions around the world. Several days ago, an angry mob burned a Hindu temple in Pakistan to the ground after rumors circulated that a Quran had been desecrated by one of its members.

Some atheists have tried to distance themselves from the offensive campaign, claiming that it’s a false flag operation perpetrated by Islamists or the Saudi security authorities designed to incite anger against atheists and smoke them out into the open. A counter campaign using the hashtag #BlocktheAccountofHafsatheAtheistFromMecca was also tweeted about 8,130 times in just six hours. On March 20, an Islamic hacker group that advocates for the implementation of Sharia law claimed to have penetrated the accounts of those who started the tearing up Qurans campaign, allegedly discovering that they were foreign agents.

Previous desecration of the Quran and defamation of Islam and the Prophet Mohammed have sparked worldwide protests. In July 2010, Terry Jones, the pastor of the Christian Dove World Outreach Center in Gainesville, Florida, announced he would burn 200 Qurans to commemorate the anniversary of the September 11 attacks. The threat sparked protests in the Middle East and Asia in which at least 20 people were killed. And in September 2012, “The Innocence of Muslims,” a 14-minute YouTube movie, led to protests in 63 countries and resulted in hundreds of injuries and more than 50 deaths, as well as a spate of attacks on diplomatic missions around the world.