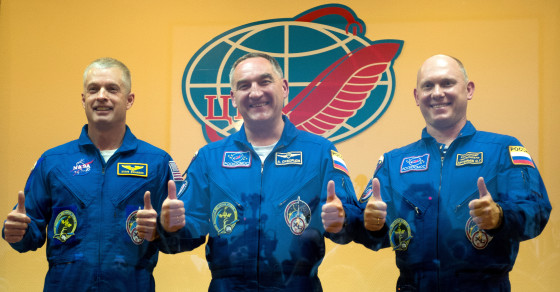 Will U.S.-Russia Tension on Earth Spill Over Into Space?
By Versha Sharma

Will U.S.-Russia Tension on Earth Spill Over Into Space? 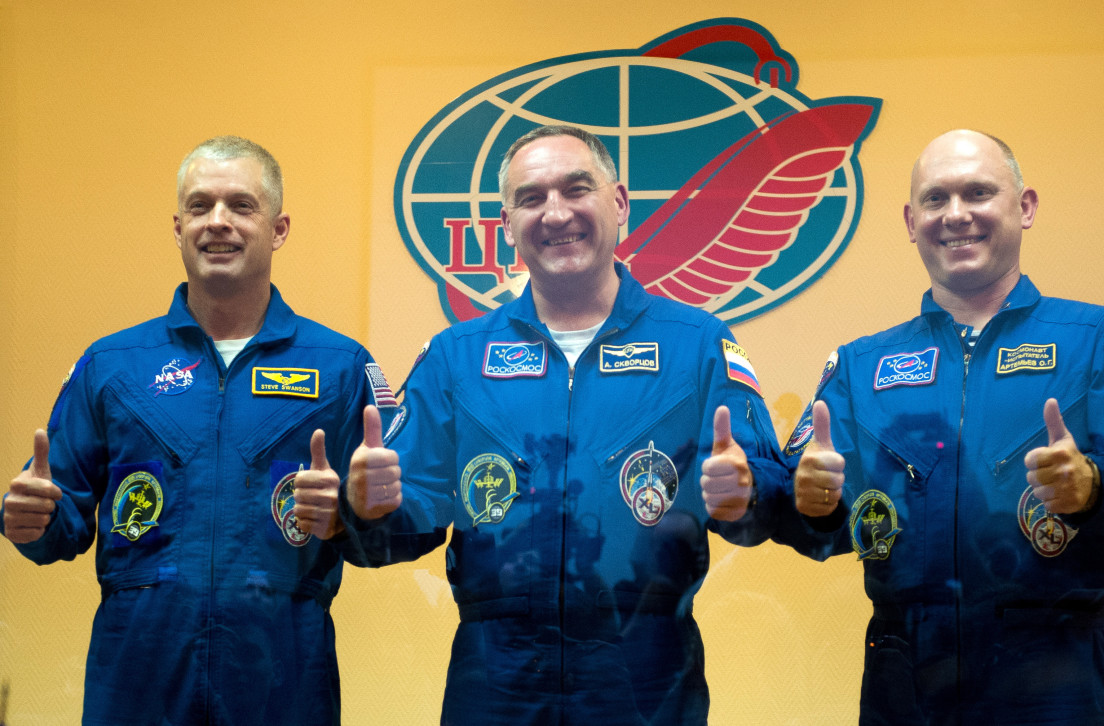 UPDATE, 2:45 pm EST: NASA announced this afternoon that it is suspending all contact with Russian agencies—including emails with Russian officials—except on board the International Space Station.

Space: the final frontier. And the one known frontier where the complicated politics on Earth might not have as much of an impact.

The United States and Russia are at loggerheads over Ukraine and Crimea, which recently prompted a group of congressmen to ask NASA what that means for U.S.-Russia relations in space.

Last Thursday, appearing before the House Science, Space, and Technology Committee, NASA Administrator Charles Bolden assured lawmakers that the current flare-ups between the U.S. and Russia will not affect the work of astronauts on board the International Space Station—a joint project among American, Russian, Japanese, Canadian and European space agencies—and that, in outer space at least, the Russians need us as much as we need them.

The question of Earth and space politics is more than just congressional hand-wringing. It surrounds countless missions, like the recent journey of Russian Soyuz spacecraft, which docked at the ISS on March 27 after being delayed by two days because “the attitude control system aboard the space capsule failed to maneuver the craft into the proper orbit at the correct time.” The vessel carried two Russians and one American. According to Bolden, we pay the Russians $70 million per astronaut for carrying our men and women to the ISS, ever since NASA retired its space shuttle program in 2011.

“The ISS, (Bolden) said, ‘would probably have to shut down if Russia denies us access. They can’t operate it without us.’ The US provides the power and other ‘everyday operations’ on the ISS, he said, adding that Russia is ‘equally worried about the US terminating operations’ on the ISS.”

Bolden reminded Congress that space relations were unaffected in 2008, when the U.S. condemned Russia’s invasion of Georgia. But what happens if tensions escalate further this time? For answers, I reached out to retired astronaut Leroy Chiao, who spent six months as commander of the ISS, and is no stranger to the intricate bilateral relationships that make up our space program. He learned Russian as part of the ISS project and was the first astronaut to vote in a presidential election from space, which he did in 2004.

When you were commander of the ISS, did you talk politics with other astronauts?

We talked about everything. My crewmate [and Russian cosmonaut] Salizhan Sharipov is a good friend. I don’t remember any particular political controversy during our time, but it would not have been a problem discussing.

The mission patch of the Soyuz TMA-12M, the flight that most recently arrived at the ISS on March 27. The top of the patch bears the names of the two Russian cosmonauts as well as American astronaut Steve Swanson.

Is there any historical precedent for politics affecting ISS operations or space relations?

No, we have always worked well “in the trenches” with our Russian and other counterparts.

Bolden also told Congress that while he doesn’t believe current tensions will adversely affect these operations, he does “not want to be reliant on the Russians to get my crews to the International Space Station.” He says we can get American astronauts to the ISS on our own if NASA is fully funded, by 2017. Do you agree?

2017 is a bit optimistic, but not unrealistic. Commercial crew development is well underway. [Chiao is referring to NASA’s Commercial Crew and Cargo Program, which is dedicated to developing cost-effective space transportation and is funded by the U.S. government.]

What are your thoughts on the ending of the shuttle program, which was recommended by Bolden at the time?

I was a member of the Review of U.S. Human Spaceflight Plans Committee in 2009. We did put an option on the table that would have kept shuttles flying at a low rate until 2015. Unfortunately, that option was not chosen by the White House. My personal opinion is that it was a mistake to retire the shuttles. They had a lot of life left in them, and we are now left with this gap in capability.

What happens if the U.S. and Russia go to war? Are there provisions in space treaties that say the astronauts must be left out of it?

I don’t for a second think that it will happen, but if we do get into a shooting war, it would affect the cooperation. I don’t know exactly how. But we would all have bigger problems in that case.