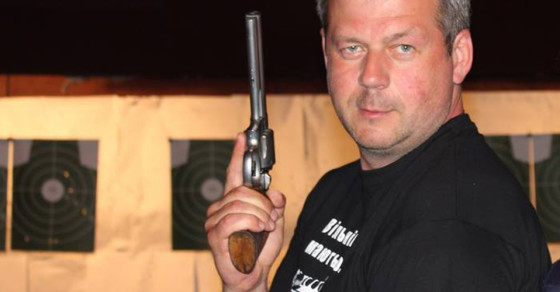 Ukrainians Want to Arm Themselves to the Teeth
By Versha Sharma

Ukrainians Want to Arm Themselves to the Teeth 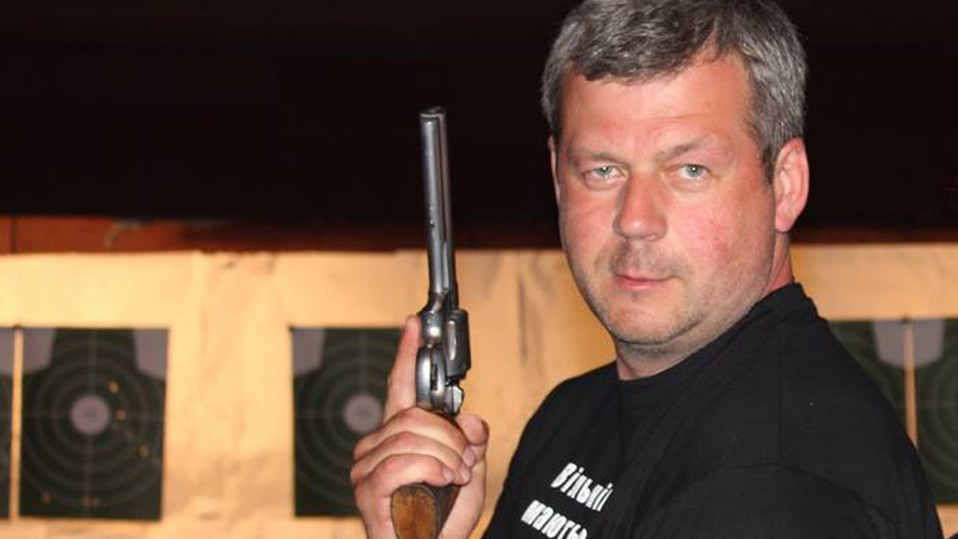 “Can you imagine snipers shooting people in Times Square? You must imagine that to understand how we feel.”

That’s the hypothetical posed to us by George Uchaykin, the 44-year-old head of the Ukrainian Gun Owners Association. Given the current political chaos in Ukraine and the events leading up to it, Uchaykin and his cohorts are pushing for new laws on gun control that would allow citizens to carry handguns to defend themselves.

“This is our main square, where it all happened,” Uchaykin says, referring to Kiev’s Independence Square, where riot police snipers shot and killed protesters in February. “We couldn’t imagine this in the 21st century. We weren’t ready for this.”

Most Ukrainians were caught completely off guard by the state-sponsored brutality. The new interior minister has issued an arrest warrant for ousted President Viktor Yanukovych and his colleagues for mass murder. But in a darker side effect, civilians are now stocking up on firepower. In the past month, sales of firearms—both legal and illegal—have skyrocketed in the country.

According to Uchaykin, pump-action shotguns and AK-47 ammunition are completely sold out in Kiev. “People understand that they can only count on themselves and that is why they try to buy as many firearms and ammunition as they can,” he says, speaking to me via Skype video with the help of a translator. He was wearing a black shirt with a picture of a pistol that read (in Ukrainian), “Free men own guns. Slaves don’t.”

The Ukrainian Gun Owners Association, now 5 years old, is taking advantage of the current political climate’s uncertainty to push forward legislation that would amend the country’s Constitution to include something like America’s Second Amendment and expand existing gun laws to allow concealed carry of handguns.

Gun laws now in Ukraine are restrictive: Handguns are completely banned for the average citizen; only law enforcement and journalists can purchase certain handguns with a license. Licenses to own rifles and shotguns may also be obtained with good reason, like target shooting or hunting. From The New York Times’ Gun Report:

The government is in possession of more than seven million guns, while three million weapons, both legal and illicit, are in the hands of private citizens, creating a staggering gulf in firepower. By comparison, in the United States, there are 310 million guns in private hands, with only 3.85 million possessed by the military and police forces.

On the “Hunters and Gun Lovers” Ukrainian web forum, we found a post asking why gun prices have spiked recently. Commenters speculate that it’s related to currency inflation and the new huge demand created by political upheaval. A longtime forum user named “Frost” writes, “Three months ago, I was trying to sell my shotgun. Got very few phone calls. Today the phone calls don’t stop, but I don’t sell it anymore!”

Frost’s post encouraged us to look for active gun markets online—there are a few, including smaller gun markets on Vkontakte, the Russian Facebook. “Gun Forums of Ukraine” has 1,238 members, and there are myriad ads from people trying to sell their guns, from pistols to AK-47s to sniper rifles. Many are publicly listed as unregistered, and some even display them for sale on YouTube.

We searched gun-owner forums in Ukrainian and Russian and came across reports of a spike in prices, so we decided to dig in.

We pulled data from the last month and found that of all the weapons being sold on the ss.ua website, the most common listings were for shotguns and sniper rifles (75 percent), followed by pistols and handguns (19 percent), and then assault rifles (6 percent). The data is calculated from 1,000-plus weapons ads.

We gathered more than 1,200 ads from Feb. 11 through March 6, 2014, and eliminated ads for accessories or something other than weapons. Then we grouped the weapon types together based on their various names in Ukrainian, Russian and English.

A sniper rifle on sale on a Craigslist-like Ukrainian listing website, ss.ua. Listed for $5,500.

The Ministry of Internal Affairs basically has a blank check to enforce whatever gun laws they feel are appropriate at any given moment. “We don’t have firearm legislation, everything is regulated by the Ministry which can change the rules at any times,” explains Andrey Kuznetsov, another member of the Ukrainian Gun Owners group. “For example, one day we woke up and found out that 30-round magazines and shotgun magazine extensions are no longer legal.”

The government recently announced an amnesty campaign from March 4 to 21 for Ukrainians to turn in their illegal weapons. But Uchaykin isn’t holding his breath.

“So we think that this initiative [from the Interior Ministry] won’t be successful. And if we don’t have our steps [on the political agenda] approved, one day they will take them by force,” he says. “Our country will be doomed.”

“Now we have situation where we have internal threats from the regime [government in Ukraine], and also we have huge problems with a possible invasion from Russia,” Uchaykin says, also mentioning a high level of street crime.

The Gun Owners Association website is peppered with quotes about liberty and freedom, echoing the U.S.-based NR. For their part, the American organization has jumped into the news cycle to capitalize on Ukraine’s restrictive gun laws. “For American gun lobbyists who have cited easy access to firearms as an insurance policy against government oppression, the turmoil in Kiev is a perfect talking point,” writes Scott Bixby.

Uchaykin is also appealing to U.S. manufacturers who export arms to Ukraine. He says local businesses that sell arms aren’t friendly to their cause, but have close relations with the police.

“This is what we have here now: I own an AK-47 but I cannot own a handgun,” Uchaykin said. “This was done to make a monopoly so that only the Ministry of Internal Affairs can provide security services, but no one can protect can himself.”

As for their own funding, they accept donations and sell membership packages which start at 300 hryvnia for a basic package (about $32), and go up to a five-year package for 2,500 hryvnia, or about $273. Uchaykin says membership has “dramatically increased” over the last few months. The Euromaidan protests began in November 2013, and intensified in December and January when the government attempted to violently suppress the demonstrations. Hundreds were shot in February.

I asked about the spike in prices and how Ukrainians can afford to arm themselves in the status quo. (Side note: If you have 5 million U.S. dollars, you can buy a Tupolev Tu-95 Bear, a strategic bombing and missile platform, listed on eBay as located in Ukraine.)

As for that external threat from Russia, Uchaykin says: “Russia is always ready to attack and has very big military potential. We only can say we have very good traditions of resistance. Ukraine can stop Russia for some time, but their forces are much bigger and much stronger than Ukraine’s.”

“We will have to change a lot of things. We are starting from scratch, writing our own history, and today we can prevent our country from being divided into many parts. We want America to understand that in the center of Europe, in the 21st century, a country of 45 million people is fighting for its future.”