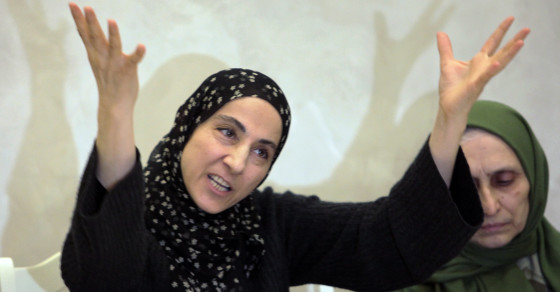 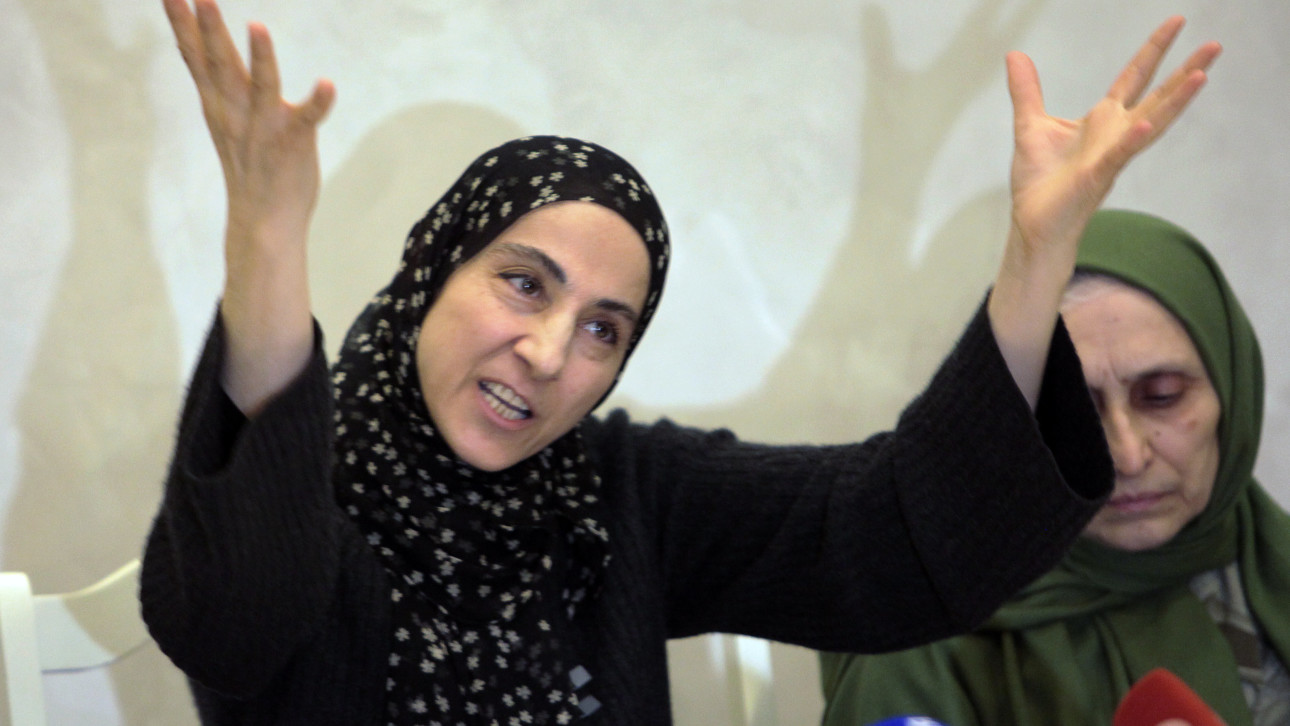 Following the guilty verdicts in the Boston bombing trial on Wednesday, Dzhokhar Tsarnaev’s mother, Zubeidat, sent a note to a family friend declaring Americans are “the terrorists,” and saying her son is “the best of the best,” the friend told Vocativ.

Vocativ discovered the post, written in Russian, in a support group on VKontakte, the Russian social media site. The sister of the family friend, Timur Raduyev, also sent the message to Vocativ. Raduyev said in VK messages to Vocativ that he posted the mom’s words to the support group.

In part, the messsage reads:

“I will never forget it. May god bless those who helped my son. The terrorists are the Americans and everyone knows it. My son is the best of the best.”

In 2013, Rudayev started a group on VKontakte to support Tsarnaev and his family. Rudayev said he raised at least $5,000. He shared photos of Tsarnaev’s mom and other family members. He also consistently posted to the group screengrabs of conversations he had with the mom through Whatsapp and other conversation apps. The group, called “Support for Dzhokhar,” has 1,882 followers on VK. 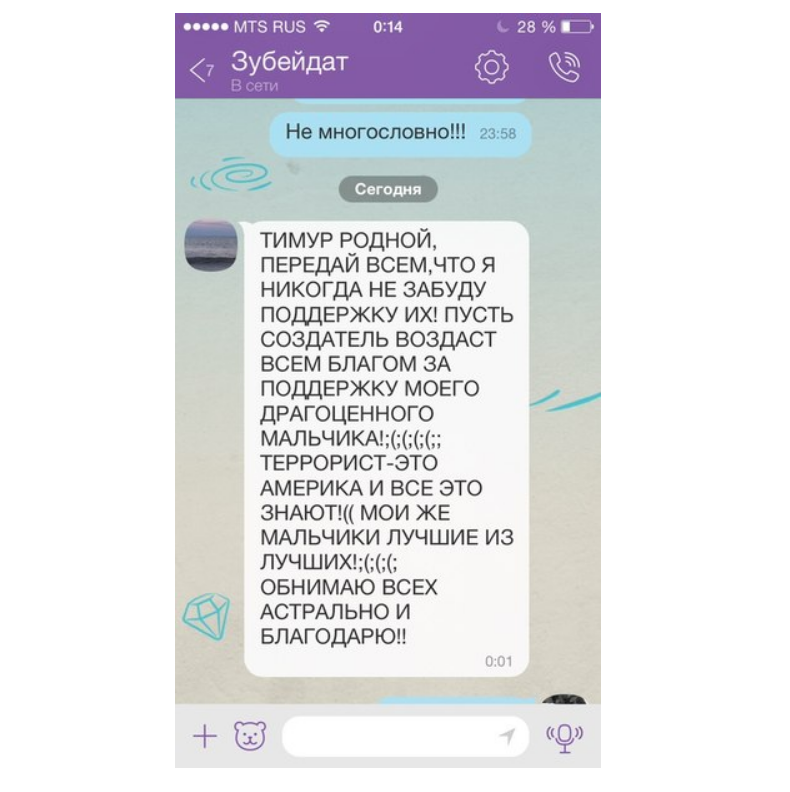