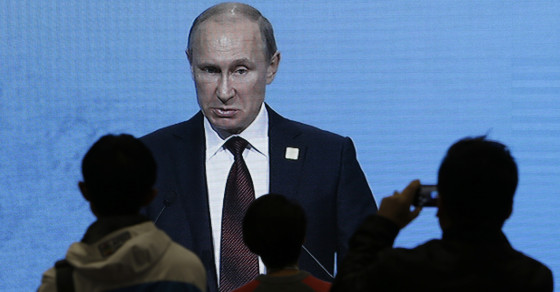 The Unusual Case That Led To Russia’s New Meme Ban 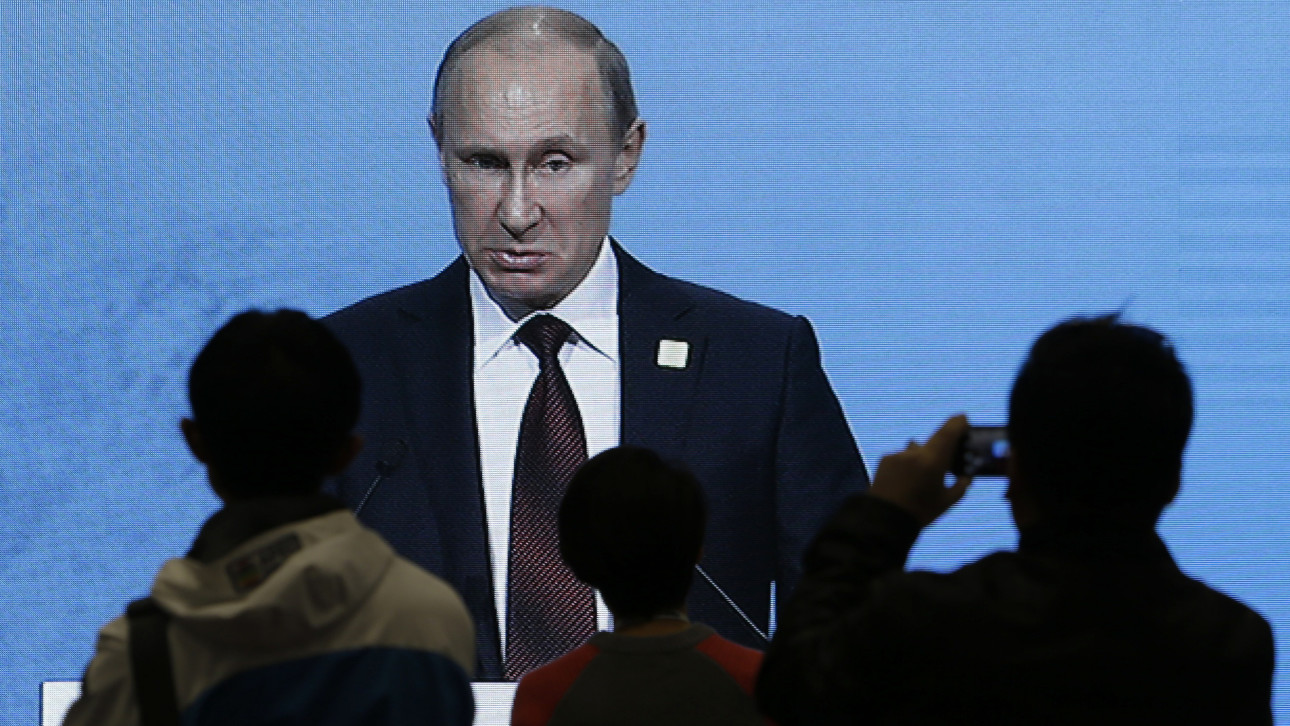 Journalists watch a broadcast of Vladimir Putin giving a speech — (REUTERS)
By Sarah Kaufman
Apr 10, 2015 at 7:14 AM ET

The Russian government has opened up a new front in its control of the media, threatening this week to sue any sites that publish memes using celebrities’ names or faces. The new law technically covers any site that tries to make fun of anyone in Russia. In some countries, that would be about half the internet. But even in heavily censored Russia, there’s a significant amount of parody on the web, skewering everything from the president to the dog that looks frighteningly like the president.

The new declaration by the government’s media watchdog Roskomnadzor, issued through its VKontakte page, says it’s now illegal to “impersonate” a celebrity using his or her photo in a meme. In other words, in the near future we may be seeing broken links for dozens of brilliant parody accounts created by Russians.

The law came about because of an infamous Russian meme that offended the mother of the singer Valeri Syutkin — a man best described as Russia’s Burt Bacharach. The story starts back in 2005 when the Russian boy band Nambavan created a video for their song “Glamurnaya Diskoteka (Bei babu po yebalu),” which in English roughly translates to “Glamorous Discoteque (Smack the bitch up).” The song had an alternate name: BBPE, which is the Latin-letter acronym for “Smack the bitch up” in Russian.

The song "Glamorous Discoteque (Smack the bitch up)" was a hit with the 2008 Russian LiveJournal crowd.

Three years later, in 2008, a meme suddenly appeared on social media in which users typed “BBPE” over Syutkin’s portrait. The point of the meme was to (ironically) juxtapose the face of Syutkin, a crooner well-liked by women, with aggressively chauvinistic text. Forum users, most on LiveJournal communities that have since been deleted, adopted the meme to troll “camwhores,” or women who ostentatiously livecam their naked bodies on the web. The image became so popular among meme hounds that the term “Syutkinism” began to show up as a euphemism for domestic violence.

Russian singer Valeri Syutkin can be seen with the acronym BBPE, which here, stands for "smack the bitch up" in Russian. Syutkin, through no fault of his own, has been conflated with domestic violence because of this meme.

Syutkin’s mother saw the meme when she was surfing the web and was deeply offended, the singer told the Russian publication Izvestia in December 2014. That same month, Roskomnadzor teamed up with him to sue Lurkmore, basically the Wikipedia of Russian memes, for propagating it. The courts dismissed his suit a few weeks later, saying vaguely that an “inadequate applicant” had addressed the court.

During the time the court was reviewing Syutkin’s complaint, Lurkmore’s co-founder and CEO David Homak said to local media outlets that Lurkmore would not remove its page dedicated to the meme.

Last week, the court revisited the case and this time ruled that Lurkmore had to take the meme down. The court’s basis? The Russian law on personal privacy called “On personal facts.” That, in turn, led to Roskomnadzor’s VKontakte statement this week, including adding the new ban on offensive memes to the existing “On personal facts” law. Roskomnadzor’s spokesman Vadim Ampelonski added that the court had declared the BBPE meme illegal because it revealed personal facts about someone that were not used for the “public good.” Those tactics “discredit the honor, dignity and business reputations of public figures,” the VK statement says.

Under the new amendment to “On personal facts,” Roskomnadzor will demand that offensive material be removed, and if this doesn’t happen within the timeframe provided, Roskomnadzor says it will sue.

The law itself will not be implemented for another 30 days, but Roskomnadzor just gave itself the power to remove any memes it chooses. And all in the name of Russia’s Burt Bacharach.