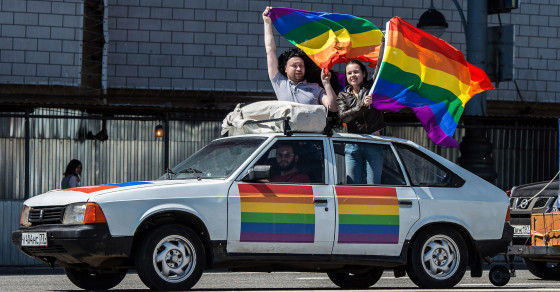 Social Media Activist Gets 29 Teachers Fired For Being Gay 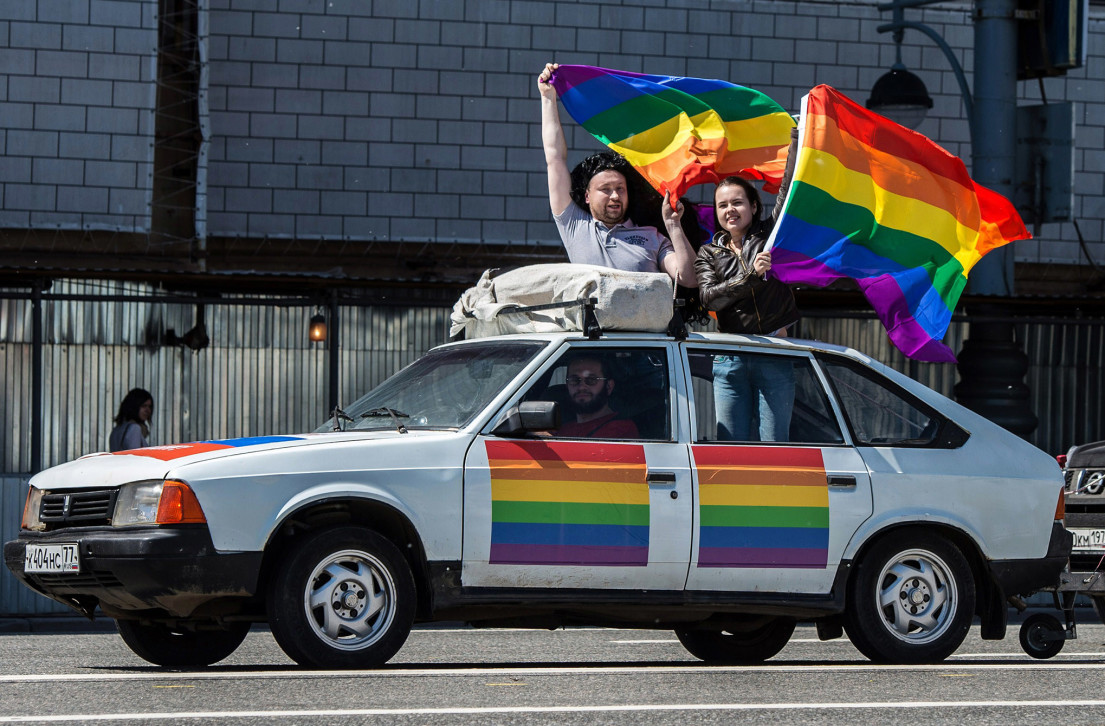 “Timur Isayev,” a self-styled anti-gay activist in St. Petersburg, Russia, claims he has already gotten 29 school teachers fired simply for being gay. As he tells it, Isayev finds their social media pages, grabs “incriminating” evidence of their homosexuality, posts it to his own account and sends it to their superiors. All this because his targets are, in his words, disseminating “gay propaganda.”

Isayev holds an iPad decorated with a sticker promoting white power. He has gloated about putting 29 teachers out of a job for their sexual orientations.

For example, Isayev recently posted photos of an openly lesbian school teacher to his VK page, publicizing her sexuality and the school where she worked. He compiled screen grabs of her likes on VK, drawing arrows to pop-culture items he believed were indicative of lesbianism. He also posted a photo of her band, 23:45.

Translation: “Not pretty and not feminine, in their minds they’re feminists…so you understand why these women are lesbians.”

On Dec. 8, the self-described homophobe sent a letter and photos of the teacher with her partner to St. Petersburg Primary School No. 565 and local authorities, demanding she be fired from her teaching position. She was let go soon after, the school’s director claiming he had “no choice.” He said as far as he knew, the order was coming from a high political office.

Isayev put together a PDF file of the teacher with her VK page, all the “lesbian” VK pages she’s participated in or followed, her photos with her female partner that she posted to her page publicly and her contact information. The conclusion is an appeal to name her behavior a negative moral influence on children:

“It’s a crime to allow such teachers as [redacted] around children because communication with such teachers won’t teach children good behavior, it won’t give them a well-rounded view of the world, and it won’t give them the ability to respect the family and Russian tradition. A teacher who isn’t afraid to make faces at the camera and put the pictures up on the Internet already ruins the ethics and kind reputation of a teacher and dishonors the school where she teaches music. And this teacher, [redacted], doesn’t only demonstrate her personal life, but she also puts up photos of sodomy on the internet, for everyone to see. [Redacted] shows up at school with lesbian attributes: rings on her big fingers and pinky fingers, other specific jewelry, dressed like a man, cutting her hair short, which can be a bad example for the behavior of children.”

Isayev’s profile on VKontakte, Russia’s largest social media network, is still up, with entries running from absurd to bone-chilling. One violent image posted there Sunday shows a figure kicking another holding a rainbow flag.

Translation: “Do you see a vile lesbian is your child’s school teacher? Tell on them, be a vigilant patriot-parent.”

A motif that pops up often is a “homophobic cat” that devours the homosexual “mice” of Russian society.

Translation: “While people whom I annoy still exist, I’m going to live and continue my great mission. I’m homophobe cat.”

Isayev has also posted several advertisements calling for Russians to complain to their local politicians about LGBT organizations active in their area.

While Isayev’s homophobia (or heterosexism) is extreme, dislike and distrust of gays is fairly prevalent throughout the country. According to a 2013 poll by the Russian Public Opinion Research Center, 54 percent of Russians say homosexuality must be banned and prosecuted. Тhe vast majority of Russians support President Vladimir Putin’s law against “gay propaganda,” which allows authorities to target homosexuals for any public expression of their sexuality from demonstrating for equal rights to holding hands with a significant other.

There has been, however, a turn in Isayev’s case. Authorities arrested the social media activist on Tuesday for “embezzlement” after he signed his real last name, Bulatov, to some of his letters to authorities. According to the St. Petersburg publication Fontanka, Bulatov had been on Russia’s “wanted” list since 2005 for “unpaid fines.” He fled to escape a sentencing of two years and six months in prison for stealing 100,000 rubles in 2004 from a company where he was manager. After an unknown source brought Isayev’s real last name to the attention of the police, law enforcement officers detained him for 18 hours.

According to independent Russian site Grani.ru, an anonymous poster wrote on a site for crowdsourcing crimes called Moshennikov.net in 2011 that Bulatov had stolen valuables from him and ran.

An unnamed journalist told Russian publication Gazeta.ru that he framed Bulatov by calling the phone number on Bulatov’s VK page and telling him he had been sent a video of a teacher with incriminating gay propaganda involved. He met Bulatov at a cellphone store, bringing authorities to surround him. Reports say that police found a gun in Bulatov’s bag, as well as a Canon camera he said was given to him by a famous St. Petersburg politician, one of his proponents in the “fight against sodomy.”