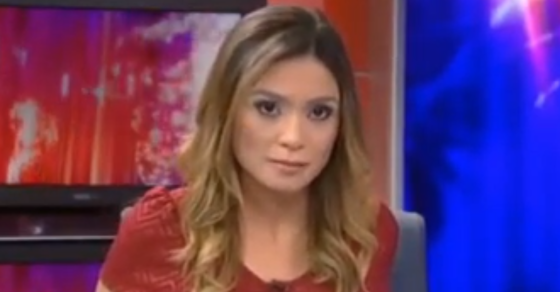 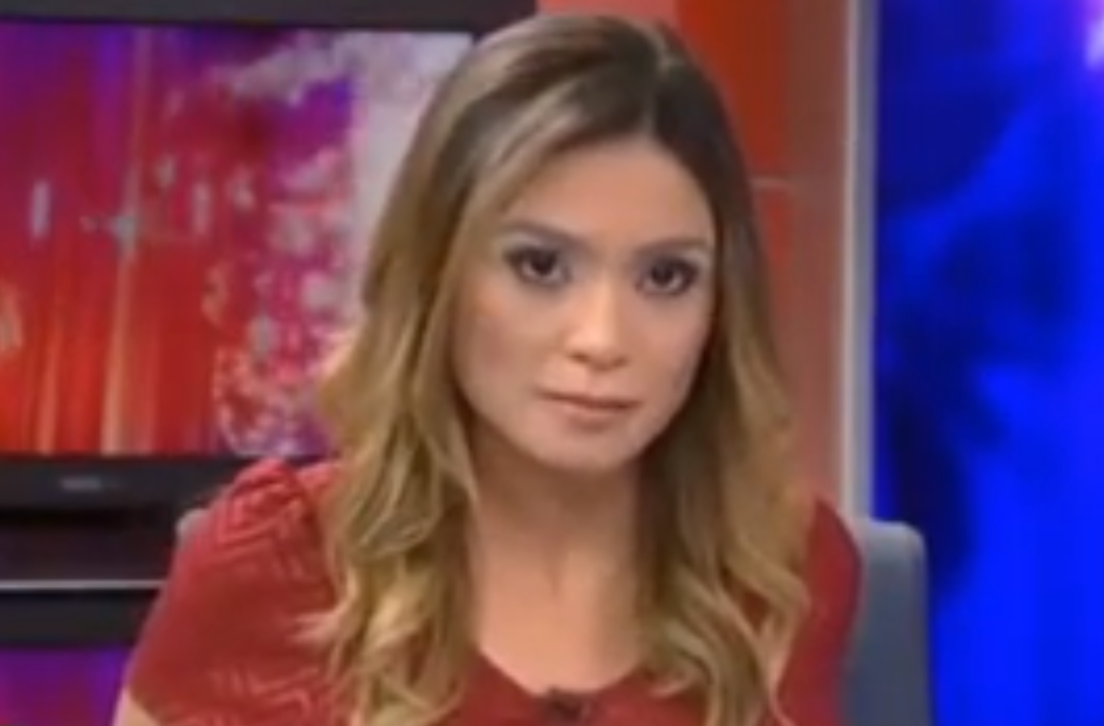 Russia Today has had a hell of a week.

The international TV network, funded by the Russian government, first hit the headlines over the weekend, when a group of unknown hackers hijacked its Ukraine coverage, replacing “Russians” with “Nazis” in all the homepage headlines. The network and website has consistently come under fire the past few years for being unswervingly pro-Kremlin, supporting its expansionist policies in Central Asia while blasting the United States.

Abby Martin, host of RT show Breaking the Set, lobbed another grenade into the mainstream news cycle when she used her airtime to publicly oppose the presence of Russian troops in Crimea. “Just because I work here, for RT, doesn’t mean I don’t have editorial independence and I can’t stress enough how strongly I am against any state intervention in a sovereign nation’s affairs,” Martin said on air. “What Russia did is wrong.”

“I cannot be part of a network funded by the Russian government that whitewashes the actions of Putin. I’m proud to be an American and believe in disseminating the truth and that is why, after this newscast, I’m resigning,” Wahl said in a late Wednesday afternoon broadcast. Earlier this week, Wahl had tweeted her support of Martin’s Kremlin criticism.

A full-scale mutiny probably isn’t on the cards—RT has been remarkably stable, and their particular content blend and roster of talent is massively popular. They’re the biggest news network on YouTube, (bigger than Fox News) and the first to reach 1 billion views on their YouTube channel. Also like Fox News, they’ve made a habit of hiring attractive blondes (though RT seems to err a little heavier on the brunette side). So let’s take a look at their talent.

Anastasia is the daughter of Vitaly Churkin, Russia’s ambassador to the United Nations, and is RT’s “star reporter” according to Konstantin von Eggert, former editor-in-chief at BBC Moscow. Anastasia’s recent dispatches for RT include how the West is whipped up into a “frenzy” of hysteria over Russian troops in Ukraine.

Vocativ previously had a run-in with Ambassador Churkin last summer, when gay rights protesters cornered him outside the Russian Embassy in New York.

Recognize that surname? Grandpa was the Foreign Minister of the Soviet Union, back in the day. This 35-year-old host and socialite is the granddaughter of Eduard Shevardnadze, Mikhail Gorbahev’s right-hand man and later President of Georgia. Fun fact about Sophie: She tagged along with grandpa on high-level meetings with American officials as a teenager, as detailed in news reports from 1990 when Shevardnadze met U.S. Secretary of State James Baker.

While the ministers and their wives peered out the front of the boat at wooded cliffs plunging down to the lake, Shevardnadze’s 14-year-old granddaughter Sophie was making friends with Baker’s aides.

She was soon laughing and giggling with Baker’s personal secretary and the two ended the trip testing their strength with a bout of arm wrestling–another victory for the Soviet Union.

Sophie is described as “Bright, straightforward, honest, respectful” on the RT website. A sampling of recent clips from her show describe the West “pouring fuel on Ukraine’s turmoil” and how Ukrainian revolutionaries “sound like the Taliban, but in Europe”. She landed an exclusive interview with Syrian President Bashar al-Assad in November 2012.

Max Keiser and Stacy Herbert, co-hosts of The Keiser Report

This husband-and-wife duo co-host a financial program on RT, and are no strangers to controversy. Keiser pulls no punches when it comes to his own brand of financial analysis. He called for a fatwa against then-Secretary of the Treasury Hank Paulson on the Al Jazeera network because of TARP, the U.S. government’s controversial Troubled Asset Relief Program. Oh, and he’s participating in a kick-boxing cage match in London in April, at “the world’s first bitcoin sporting event,” which wife Stacy is proudly promoting on Twitter.

People lining up to see the @maxkeiser cage match on 5 April at O2 https://t.co/TRLntLwwF7

As for recent events in Ukraine, they think John Kerry is completely out of touch.

Lavelle previously told the press that he doesn’t receive editorial diktats about what to say on air. One of his moments of controversy came in 2010, when he said he doesn’t think 9/11 truthers are fundamentalists—something his colleague Abby Martin would no doubt agree with, as she is one.

Judging from the show page and clips, CrossTalk is a little more even-handed than other RT shows, if only because it asks so many questions. But it’s still RT, so there’s still anti-American, anti-NATO, counterprogramming-to-the-West talk.

Last but not least: The Wikileaks founder was recruited to RT in 2012 to host a show where he interviews political leaders and thinkers, from Imran Khan to Noam Chomsky. The show is on hiatus while he deals with his legal troubles, but the plan is for him to resume interviews that will be broadcast on the network once that’s clear. Assange shares the RT airwaves with his good buddy George Galloway, an eccentric and outspoken Scottish politician who famously pretended to be a cat on Celebrity Big Brother, but now hosts his regular RT slot, “Sputnik.”

Oh, and a bonus one—Larry King went to RT in May 2013. His most recent guest: Ozzy Osbourne’s son Jack.