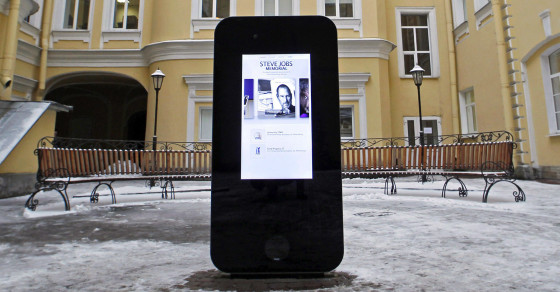 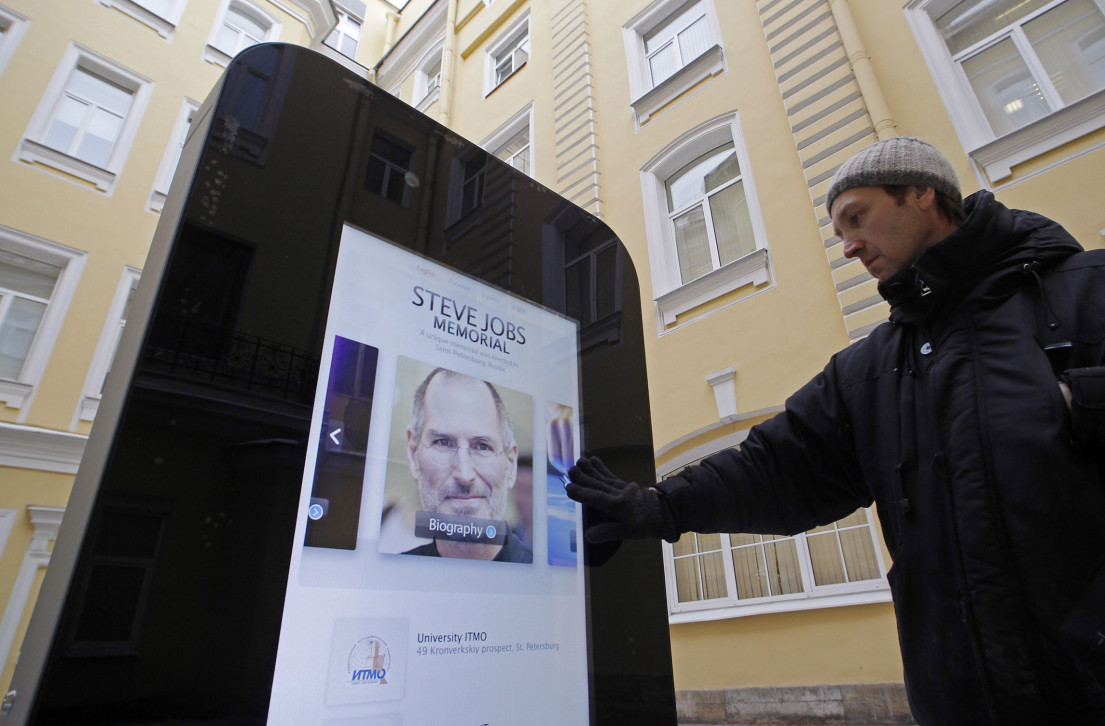 The people of St. Petersburg now get to vote on the fate of a memorial to former Apple CEO Steve Jobs that was dismantled Monday in front of a St. Petersburg technical institute, RIA Novosti reports. The company whose director ordered its removal, The West European Financial Union, said in an official statement it held a vote starting October 30 that will go until December 1. People can choose whether to destroy the memorial, send it back to the warehouse, put it back on display at the university or send it back to Apple’s headquarters in California. According to the company’s statement, 8,600 people have already voted, and 55 percent of them voted to put the memorial back on display.

The memorial to Jobs was removed in direct response to current Apple CEO Tim Cook’s public announcement that he is gay. The release of Edward Snowden’s documents that reveal the NSA used Apple products to spy was also a factor, according to Russian media reports.

The 6-foot-tall iPhone memorializing the iconic CEO was erected in the yard of a St. Petersburg technical university in January 2013, with Tim Dion, an “associate” of Steve Jobs, doing the unveiling. The live touch-screen monument was designed to emit free Wi-Fi in temperatures as low as 30 below freezing and take photos via a built-in camera.

The director of West European Financial Union, the Russian company that originally commissioned the memorial, said he was the one who ordered its removal. Maksim Dolgopolov gave the order on the grounds that the statue fell under the category of “gay propaganda.” Dolgopolov will reinstall the monument, he says, if it can be modified to instruct people to use products other than Apple’s.

Americans had “bought into” the idea of Steve Jobs as a legend, Dolgopolov says, not suspecting that Apple’s history of success was a “cover-up for the NSA’s special operations.” He thinks Western partners support Apple’s crimes because “the aggressive politics of the U.S. and their special operations evoke discontent across the whole world.”

The university’s public affairs officer, Kirill Aleksandrov told ITAR TASS Monday the memorial had been removed on the orders of a letter from the West European Financial Union, but for repairs on the touchscreen. “The letter was sent before Tim Cook’s op-ed,” he said.

Cook wrote an Oct. 30 editorial for Bloomberg Businessweek in which he says he is “proud to be gay.”