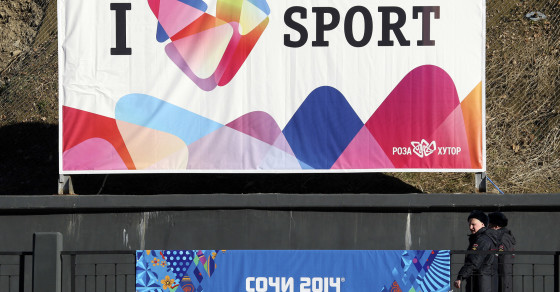 Sochi: I Want to Believe
By Maria Petrovenko

Sochi: I Want to Believe 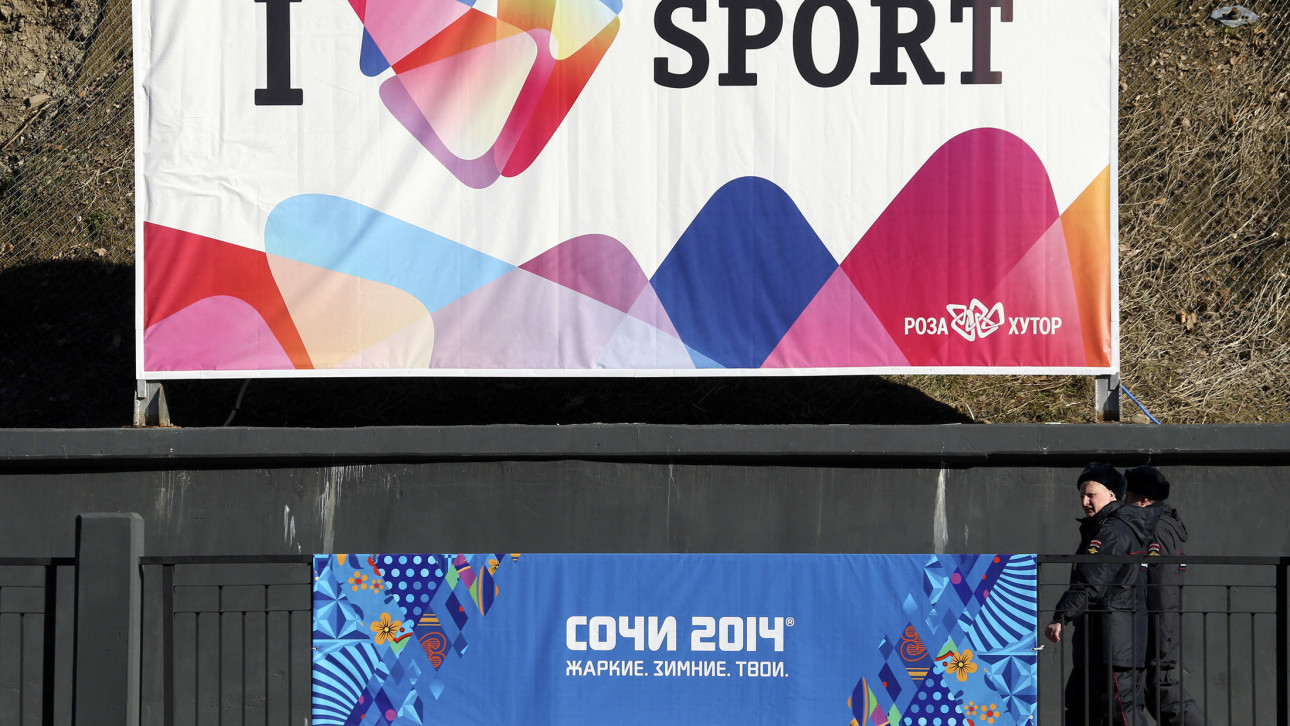 The Winter Olympics at Sochi began today, and the feeling of national pride has been overwhelming. This is my country’s big moment, and I want the Olympics to go well. The event seems worth it, even though Russia has spent a reported $51 billion on the games, supposedly much of it on kickbacks to officials and businesspeople, who probably wired that money out of the country into secret foreign bank accounts as fast as they could.

A few days ago, I was walking through the Olympic village, past the sleek white media center and the Bolshoi Ice Dome, which looks like a frozen drop of water. Newly planted palm trees swayed softly in the breeze. A group of cleaning women hurried past me in their gray coveralls. They must have just gotten out of work. “Who is all this for?” one asked. “This was supposed to be finished.” She cursed.

A worker carries material into one of the media village buildings.
(Reuters)

The cleaning women were right—construction was supposed to be finished. But it’s still going. Behind the media center is a dirt hill. Perhaps by Friday they’ll fill it with flowers. They really are almost done.

The athletes and journalists arrived this week, and there have been a bevy of reports of alleged dirty, unfinished accommodations, roaming packs of wild dogs and workers sleeping in the guest beds. A friend told me she came back to her room in the Media Village and found her laptop on, with Russian music videos on the screen. The next day, it was a different music video, and her brand new MacBook Air had crumbs and coffee stains all over the keyboard.

Fortunately, I’m not staying in the media village with the foreign press. I’m staying in a hotel in the nearby Adler district. It’s Soviet, but I have what I need—clean water, electricity (although it did go out a few times), the Internet and a good breakfast.

A man stands near the window in a room in the Coastal Athlete's Village at the Olympic Park in Sochi.
(Reuters)

I can’t wait for the opening ceremony. I’m expecting something grand, like President Vladimir Putin descending from the ceiling in a Monomakh hat, scepter in hand. Rumor has it, Putin’s alleged girlfriend, Alina Kabayeva, is going to light the cauldron. T.A.T.U., a fake lesbian duo who haven’t been famous since 2003, will reportedly perform as well.

A few days ago, I caught a train near my hotel to head into central Sochi for the night. Passing through security took about five minutes. First I walked through the metal detectors, then I placed my bag and coat on the scanner, then I had the obligatory pat down, followed by a shoe scan. Soon I was riding on a brand new Lastochka train for the nearly 40-minute ride.

In May, much of the city was still a construction site. There was dust everywhere and insane traffic, the type that moves an inch every 10 minutes, forcing people to jump out of their cars and run along the sidewalk with their suitcases just to catch the train. Now the buildings looked new and everything was covered in green and blue lights. Christmas trees inexplicably stood in several parks.

The cost of dinner and drinks at a casual German restaurant surprised us. We ordered grilled fish for two and two beers each and the bill was about $100. Turns out, the prices on the menu are per 100 grams of the fish, not for the whole thing. We should have known.

On the way back to the Adler district, I was tipsy. I giggled as the train station security guard slid her hands around my breasts. “What?” she asked sternly. “I get felt up by random women every day,” I told her. “How do you think I feel groping hundreds of random women all day long?” she replied. We both laughed.

I got out at the Olympic Park station and waited for the bus to my hotel. Suddenly, a stray dog jumped out from behind the bus stop and started howling at the passing cars. The streets were empty, except for the police on patrol and a few Cossack militiamen on foot. Otherwise, it felt like a ghost town.

A stray dog lies at the main square of the Rosa Khutor Alpine Skiing center in the valley of Krasnaya Polyana.
(Reuters)

Last week I traveled to Krasnaya Polyana, a district connected to Sochi by a $7 billion combined railroad and highway. Fog hung over the mountains and the snowy peaks of the Caucasus mountains. The ride was smooth, and most of the time, we were the only vehicle on the road. To my great disappointment, the road looked ordinary, even patchy in some places. I was expecting more.

Rosa Khutor, the most famous neighborhood in town, looked like Switzerland. Chalet architecture, cute European restaurants. We ate at a place called Ohara’s Pub, which didn’t feel like Russia. The beer was good, the fish and chips were decent and the friendly waitresses wore naughty school-girl costumes. My international companions were completely put at ease.

Several well-groomed middle-aged men were drinking Guinness and eating steak at a table next to us. One turned to me and smiled. He introduced himself as the man in charge of building one of the three mountain housing units for the athletes. “I built it from scratch,” he said. “It’s beautiful,” I replied him, and I wasn’t lying. He wanted to know what we were doing in Sochi and where we were from. For some reason, I felt I needed to explain that I’ve lived abroad for a long time, that I’ve only recently returned. “Ah,” he nodded. “My family lives in England.”

Correction: In a previous version of this story, we mistakenly referred to O’Hara’s Pub as Harat’s.