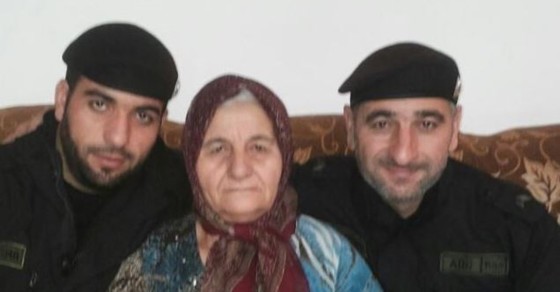 Russian Cops Pose With Their Mothers, Are Adorable
By Oren Dotan

Russian Cops Pose With Their Mothers, Are Adorable

All eyes are on American cops this week as the grand jury in the Ferguson case ruled no indictment for officer Darren Wilson. But American cops are not the only cops in the world with an image problem. Russian police are notorious for their corruption. Bribing police officers to get out of a ticket is an everyday occurrence for most Russians. So it’s no coincidence that the Russian Ministry of Interior Affairs pounced on Russia’s Mother’s Day, happening November 30, as a chance to improve the public’s perception of Russian law enforcement.

The ministry put out a call this week for police officers to post selfies of them and their mothers online. The album is largely an attempt to boost civilian confidence in Russia’s often unloved and distrusted police force. We wouldn’t be surprised if it works—the pictures are freaking adorable.

More than 600 officers from all over Russia joined up and uploaded pics of them and their loving mothers to the huge gallery. The most original and popular of the lot will be published on the official site of the Russian Interior Ministry.

Translation: “Mama, I love you!”