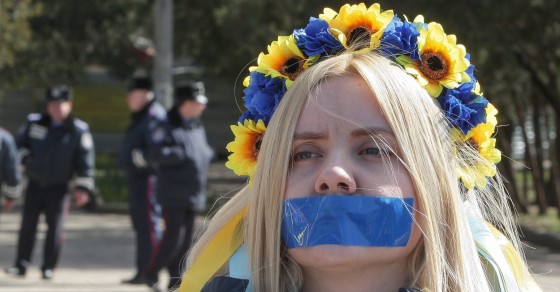 Russian censorship has officially come to Crimea, less than a year after President Vladimir Putin annexed the peninsula. Krilcom, one of Crimea’s largest Internet providers, announced on February 19 the start of its new censorship policy based on Russia’s list of more than 11,000 banned websites, including those of Ukrainian anti-Russian movements.

Crimean users on VKontakte, Russia’s largest social network, say that when they try to reach banned sites they are redirected to the official website of Roskomnadzor, Russia’s federal office for digital media “supervision,” i.e. censorship.

Now Crimean Internet users are being targeted by both Russian censorship and American sanctions against the local IT industry. Even local gamers are feeling the strain, as reported by Vocativ earlier this month.