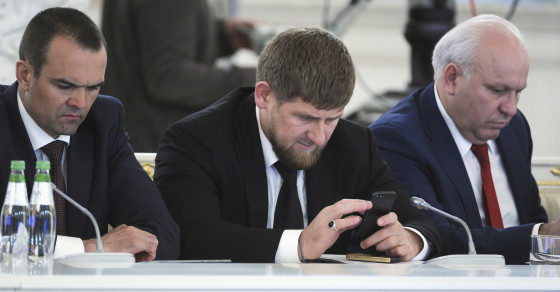 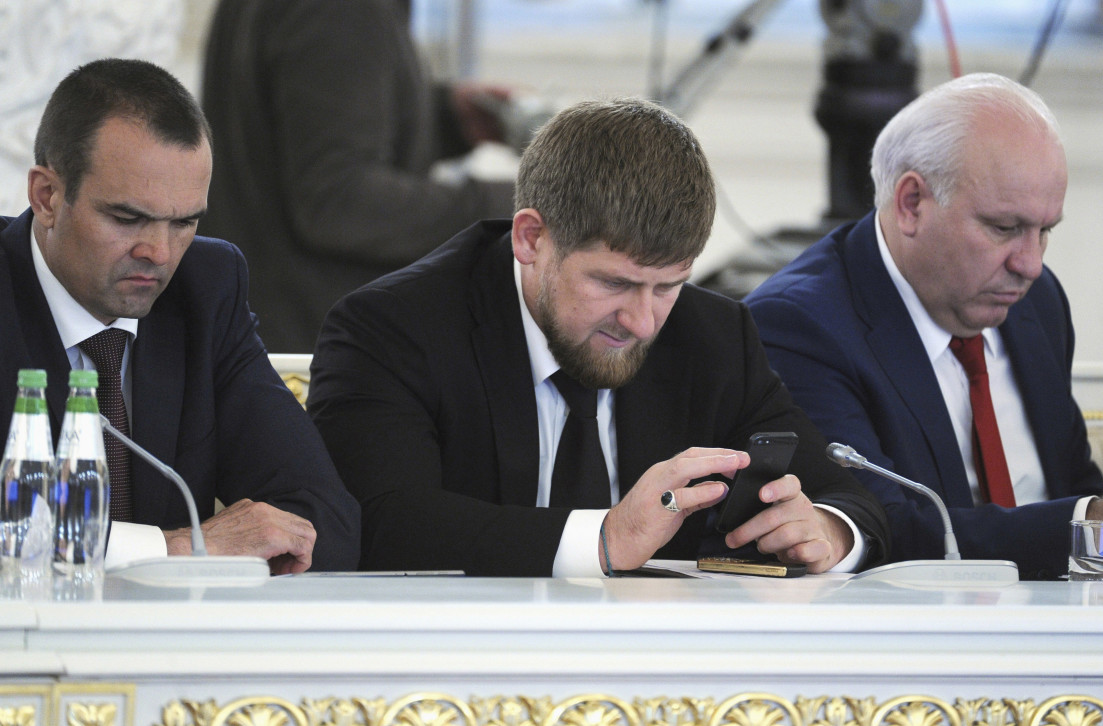 In March 2013, Ramazan Kadyrov had about 75,000 followers; today he has nearly 400,000. After posting a picture with an ethnic Chechen accused of killing an ethnic Russian in May 2013, Kadyrov received a lot of political heat, leading him to question his social media presence entirely. It would have been a blow to lose one of the most bizarre and colorful political leaders on the photo-sharing network. It’s not every day you see a former Chechen rebel-turned-leader posting pictures of cuddling animals.

In Kadyrov’s case, it’s sometimes multiple times a day. He’s an incredibly prolific poster; in the first seven days of May, he has already posted 39 times. There are filters, multiple panels, even multi-panel videos—the man is winning Instagram.

So we’ve had a whole year of posts since Kadyrov’s last run-in with hashtag controversy—a year in which the Kremlin successfully annexed Crimea. There are a couple of themes that emerge in Kadyrov’s Instagram: He’s a fan of emojis, and he is as religious in his social media postings as he is in his rhetoric. In fact, he often combines the two—pairing videos and photos of mosques lit up at night with praying emojis. Next stop: doge memes?

He also loves sharing footage of his workouts, which may be why he and the famously shirtless, horseback-riding macho Putin get along so well.

Kadyrov is also a cheerleader, offering a bevy of supportive emoticons to the May 6 post below of an unidentified man running in a park. Kadyrov posted it with six running-man emojis, a high five, a thumbs up and four applause signs. It’s like the Chechen version of Michelle Obama’s Let’s Move! campaign.

He also interacts regularly with his commenters. He even hired one of them.

There are multiple photos and videos of Kadyrov boxing or competing in karate. The video below from May 3 also gives a glimpse into the cult of personality Kadyrov has built around himself—not unusual for dictators from Central Asia. Keep an eye out for the massive banners bearing Kadyrov’s smiling visage in the background. The Chechen leader has, like his father, put his face and name virtually everywhere in the northern Russian republic.

Below, Kadyrov meets with the leader of a kind of Putin’s Hell’s Angels, Alexander Zaldostanov—aka “The Surgeon.” The Surgeon heads the Russian biker club called the Night Wolves, who are fans of President Putin and the Kremlin. In the caption, Kadyrov says he and The Surgeon discussed events in Crimea, praising Russia’s annexation of the southern peninsula in Ukraine: “[They] have expressed a desire to become citizens of a great Russia forever.”

Kadyrov used the picture below of a kitten snuggling a pigeon to illustrate the possibility of a world “without animosity, without contradictions.”

“That is what we must seek in this life,” he wrote on March 20, the day the government in Kiev pulled its troops from Crimea, essentially surrendering to Russia.

We had to include the image below because it has six—six!—panels. It comes from a ceremony to award economic and social leaders in the Chechen Republic, and to honor Kadyrov’s late father, Akhmad Kadyrov, the first Chechen president, who was assassinated in 2004 during the Second Chechen War.

Kadyrov enlisted jagged-line pic stitches for this night of MMA fighting in Chechnya.

Not even an MMA-loving former Chechen rebel can resist a good animal video.

Of course, the collection wouldn’t be complete without a picture of Kadyrov and his best bud, Vladimir Putin.