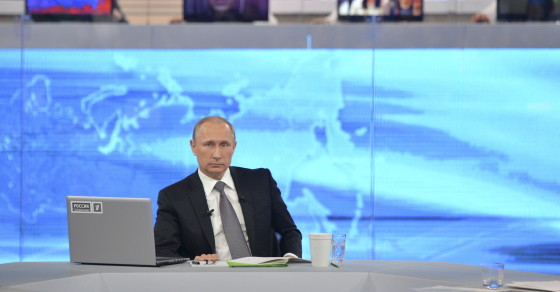 PayPal is asking Russian users to hand over more personal information to the site — a move it says is part of an effort to comply with a controversial new law requiring web companies to store Russian users’ data with the government.

Russians who tried to access PayPal this week were greeted with a pop-up window that asked them for their date of birth, passport number and one of the following: insurance policy, insurance number for pensions, or personal tax reference number.

PayPal users told the Russian news site TJournal that previously, the site only required you to fill out that information if you wanted your account to be tied to your bank account. PayPal sent TJ a statement that said in Russian, translated by Vocativ: “In accordance with Russian legislation, PayPal is obliged to collect user data in Russian (Cyrillic).” According to the statement, users have 60 days to fill out the necessary information, or their accounts will be discontinued.

PayPal did not respond to Vocativ’s request for comment.

The head of the Russian division of eBay, PayPal’s parent company, met with the deputy head of Russia’s government media watchdog Roskomnadzor at the beginning of April to discuss the new law. An anonymous source close to Roskomnadzor told the Russian publication Kommersant that both companies agreed to comply with the law, but that has not been verified.

The law, which goes into effect in September 2016, has ignited a firestorm of controversy among civil liberties activists, who say the government is asking for too much personal data from Russians. Russian politicians say the law is a necessary measure to take against foreign spies.