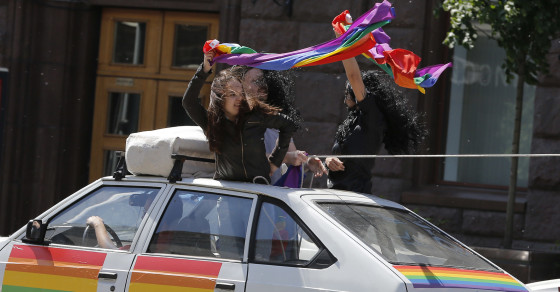 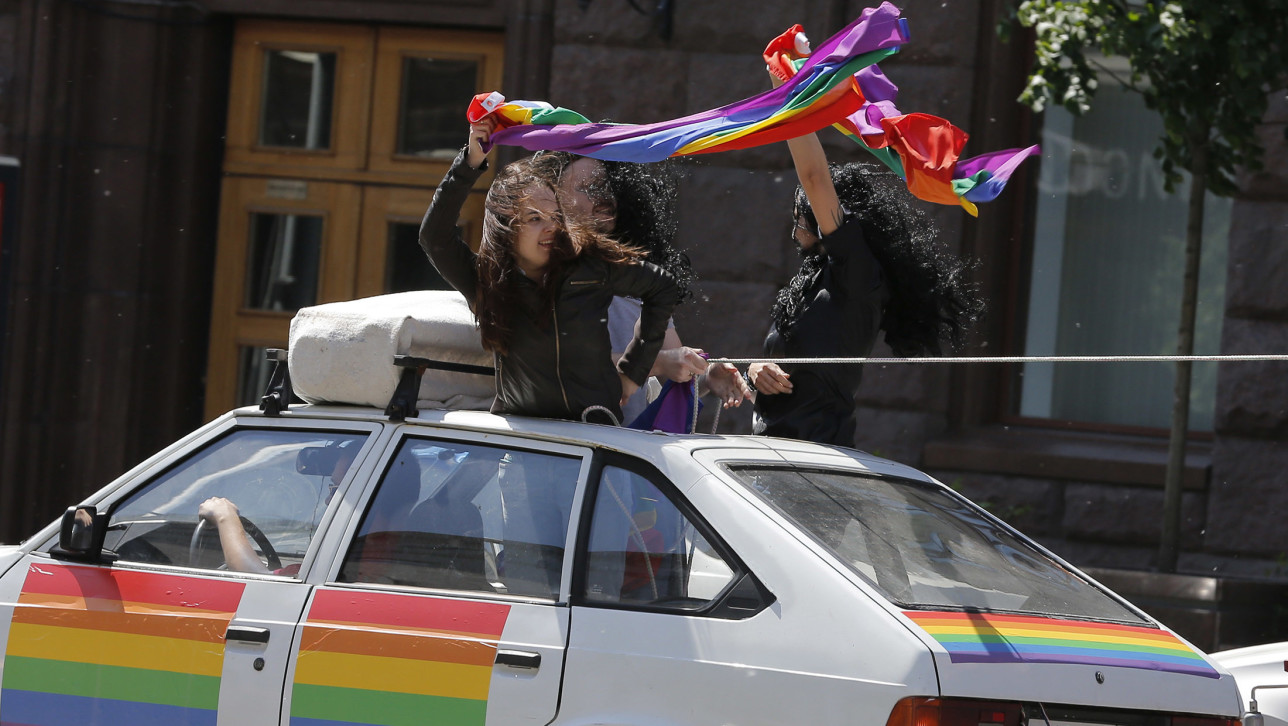 The Russian government wants to clear the roads of S&M enthusiasts, foot-fetishists and necrophiles. Oh, and transexuals and transgender people, too. Apparently, all of these “sexual disorders” make it impossible to drive safely.

Compulsive shoplifters and those with “pathological” gambling problems have also been barred under the new law, which was signed by Prime Minister Dmitry Medvedev. The law cites a World Health Organization classification of illnesses called the ICD-10.

Russia says it wants to bar people with “mental disorders” from driving in a bid to cut down on sky-high traffic accident figures. In the first nine months of 2014, almost 20,000 people were killed in traffic accidents in Russia, according to government officials.

A sign is displayed of a defaced picture of Russia's President Vladimir Putin during a gay rights protest.

The association of Russian lawyers ripped the law, saying it demonstrates “prejudice” against certain groups and amounts to “an invasion of privacy.” International human rights groups also decried the decision. The U.S.-based Human Rights First organization said the law was “ridiculous” and “an another example of the Russian regime’s methodical rollback of basic human rights for its citizens.”

But Russia’s Professional Drivers Union supported the rule. “We have too many deaths on the road, and I believe toughening medical requirements for applicants is fully justified,” said Alexander Kotov, head of the union.

And others complained that the law didn’t go far enough. “How come faggots aren’t barred from driving?” asked another Twitter user.

But online, some Russians reacted to the law with sarcasm. “It’s off to the metro soon then,” tweeted Volina, whose profile features an image of a female bottom.

Russia has frequently come under fire for its “anti-gay” legislation. Last year, the Russian government made promoting non-traditional sexual relations to children a criminal offense. However, no one has yet been jailed under the law, and only a handful of people have been hit with small fines.