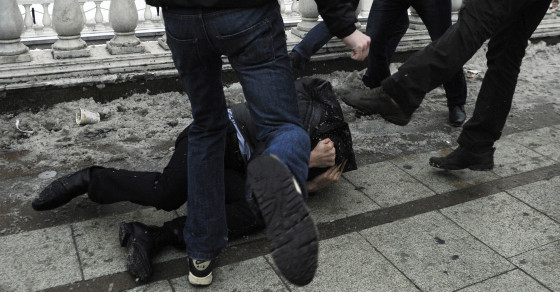 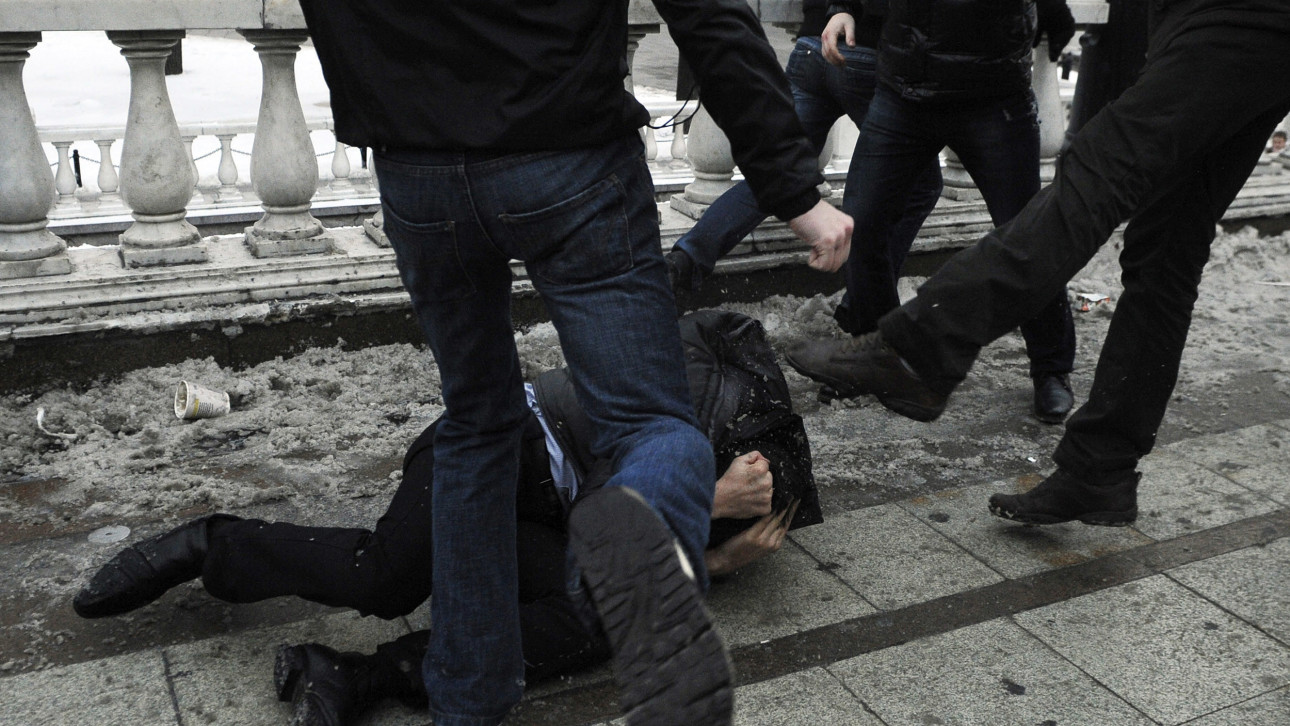 It was just another boring day in the office at Moscow City, a business center here in the heart of the Russian capital. That is, until the brawl began.

Outside the office, roughly 100 immigrant laborers—reportedly from Tajikistan and Uzbekistan—converged on a dusty street corner wearing orange hard hats.

It’s unclear what caused the fight, but once it ensued, wild-eyed construction workers pummeled one another with fists, feet and hammers, swinging wildly at their adversaries, then connecting and beating their crumpled bodies to the ground.

Watching from above, an office worker filmed the brawl, and the footage was later posted to YouTube, where it has already been viewed more than 500,000 times. The office workers certainly seemed to enjoy the carnage.

“There are going to be corpses!” one office worker shouted.

“Go on, fuck him up!” yelled another, as if they were watching some sort of sporting event.

The only people, it seems, who weren’t paying attention were Moscow’s finest. Not a single police officer arrived on the scene during the fighting, which took place toward the end of last month near the tallest building in Europe, Moscow’s 75-story Mercury City Tower.

“We have received no complaints from injured parties,” a police spokesman later said, according to Russia’s Komsomolskaya Pravda newspaper.

Mass street brawling has a long history in Russia, where it is known as stenka-na-stenku, or wall-on-wall (the lines the groups form are typically called walls). It was a popular pastime in towns and villages across the former USSR. Men from opposing villages would meet, stand in two lines and whack each other bloody with long sticks. Women and children would watch and cheer them on.

The police rarely made arrests because they were vastly outnumbered. Eventually, however, beginning in the mid 1950s, the Soviet authorities began trying to crack down on the mass violence. One reason: They wanted to draft the men into the army, but too many people were getting injured.

The fighting has continued, of course. Today stenka-na-stenku is rare, as the police usually step in. But as the melee in Moscow City showed, in some corners at least, the tradition appears to be alive and well. In Russia, it seems, old habits are hard to break.