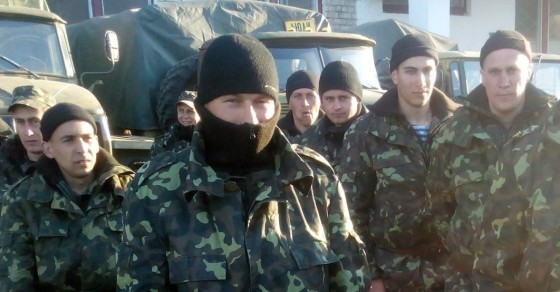 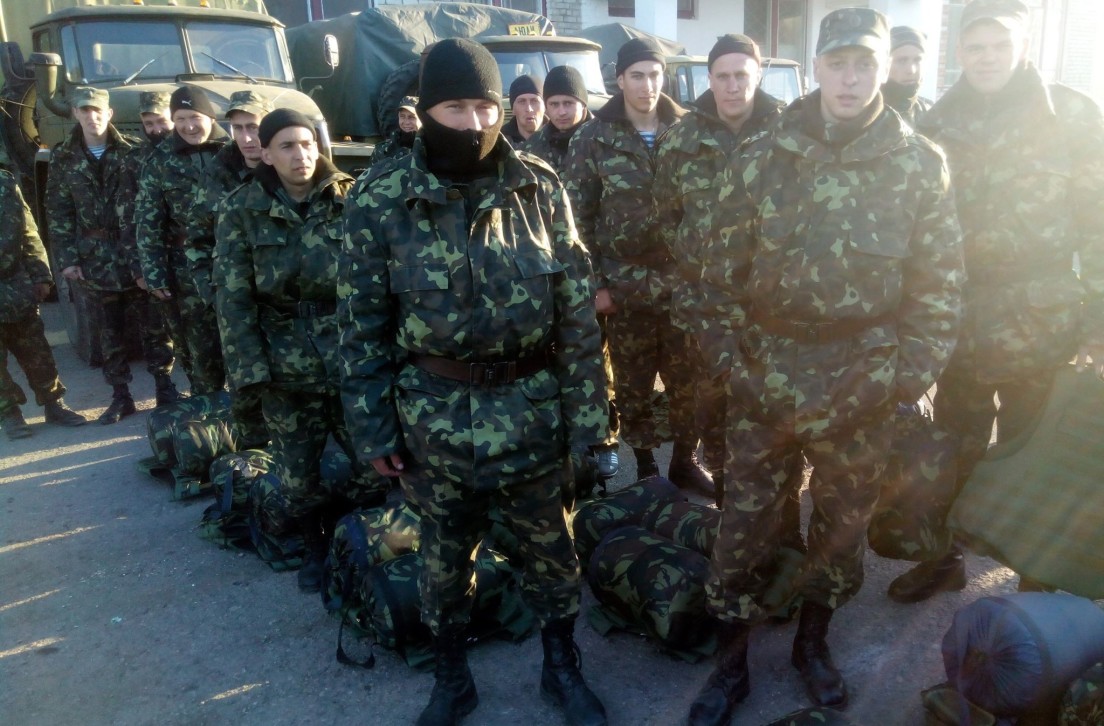 On Wednesday, six tanks sent by the government in Kiev rolled into the eastern city of Kramatorsk, ostensibly to protect Ukrainians from armed pro-Russian separatists. When those six tanks later rolled into nearby Sloviansk, they were bearing Russian flags. Clearly, Kiev’s attempts to save eastern Ukraine from chaos are not going well.

Frustrated with a government they believe has let the Ukrainian crisis spiral out of control, civilians are now taking matters into their own hands, organizing local militias across the country—and you can track their movements on Facebook.

Dozens of Facebook pages announcing newly formed militias have popped up this week, as battles in eastern Ukraine between pro-Russia separatists and Ukrainian forces have grown more violent. Pro-Russian gunmen tried to seize several military bases and airports, and three people were killed in Mariupol.

Enter the People’s Self-Defense of Donbass Brigade, a militia formed by Semyon Sementchenko and Natalca Poltavka, which is gathering to defend Donetsk and Dnepropetrovsk. (Donbass is the region where the city of Donetsk is located.) The group is using Facebook to recruit fighters, solicit donations and crowdsource arms and supplies. Sementchenko, a reservist in Ukraine’s naval forces, and Euromaidan activist Poltavka say the militia has been overwhelmed with requests from local Ukrainians eager to join the fight, claiming 600 people signed up in just one day. The group is even looking to staff up and rent office space in eastern Ukraine.

The Donbass Brigade is just one of several independently formed resistance cells that are surfacing across Ukraine. Each group has their own command and control structure and operates in what they view as a security vacuum. Take this post from a local photographer, which depicts Marines hanging out by the side of a road:

The Ukrainian Marines in Kramatorsk seem to be an inert force. Commenters on the post suspect the Marines’ lack of activity is the result of defections to the side of the separatists, or the “People’s Republic of Donetsk,” as established by pro-Russian leader Denis Pushilin. Others wonder if the government has simply given up on eastern Ukraine. Conventional wisdom among locals is that Ukraine has been reluctant to engage the separatists militarily, out of fear that it would provide Russia an excuse to invade the region and protect pro-Russian forces. After all, the protection of ethnic Russians was the reason given for the invasion and subsequent annexation of Crimea.

Sementchenko, the Donbass Brigade coordinator, believes the solution lies with militias. As he recently wrote on Facebook: “Patriots of Ukraine and Donbass: do not wait for coordinators. Nobody will help us but us. Get ready, get in touch, send people to help. Those who are willing to join the defense battalions, let’s coordinate reserve officers. If you are alone, contact a group in your town. In the near future, we will establish lines of communication—an Internet group hotline. Delays are a thing of the past. Self-organizing! Glory to Ukraine! Our phone numbers are below. Please share.” (Unfortunately, when we called the numbers, they were out of service.)

One man known as “Phoenix Wings” tells Vocativ via Skype that he is now commander of a newly formed militia in Mykolaiv, a city in southern Ukraine that saw multiple violent clashes last week. A few weeks ago, Wings was crowdfunding resources and money to help destitute Ukrainian troops. Now he has a brigade of his own, as seen in this Facebook post:

Phoenix Wings writes: "Was a first attempt at instruction and a little training...training hundred of 'Mykolaiv Phoenixes.'"

Members of the ultranationalist group Pravy Sektor, or Right Sector, who are organizing their own militias in both eastern and western Ukraine, tell Vocativ they simply don’t trust the government. Asked why they refuse to join the National Guard, a member identified only as Igor, from Truskavec, says, “These people stood against us during the Maidan events. They followed their orders, but they fought against us. They didn’t express any humanity, they only expressed unjustified brutality. I will not serve with the same person who stood on the wrong side of Maidan, because I can never trust him.”

A YouTube video posted on April 17 features a member of the Donbass Brigade saying, “Unfortunately I don’t have any combat experience, but I believe that ambition is enough to protect [our people].”

Not every Ukrainian is joining the fight. The Ukrainian Gun Owners Association, which in early March pushed for new legislation that would give Ukraine its own version of the United States’ Second Amendment, tells Vocativ that the group is leaving the battles to the government.

“[Regarding] the events in Kharkiv, Donetsk and Luhansk, we have no plans to interfere in any way,” spokesman Andrey Kuznetsov says via email. “We strongly believe that this is the task of the government and the Interior Ministry. And [the government’s] measures look very drastic.”

Those measures include anti-terrorism operations launched earlier this week by the Interior Ministry. And the State Security Service of Ukraine, or SBU, continue to round up Russian agents accused of instigating violent clashes. But militias like the Donbass Brigade and Phoenix Wings believe it isn’t enough, and they aren’t alone. The movement may lack a centralized command, but its message is the same: glory to Ukraine.