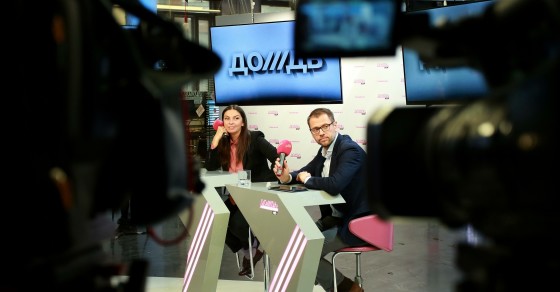 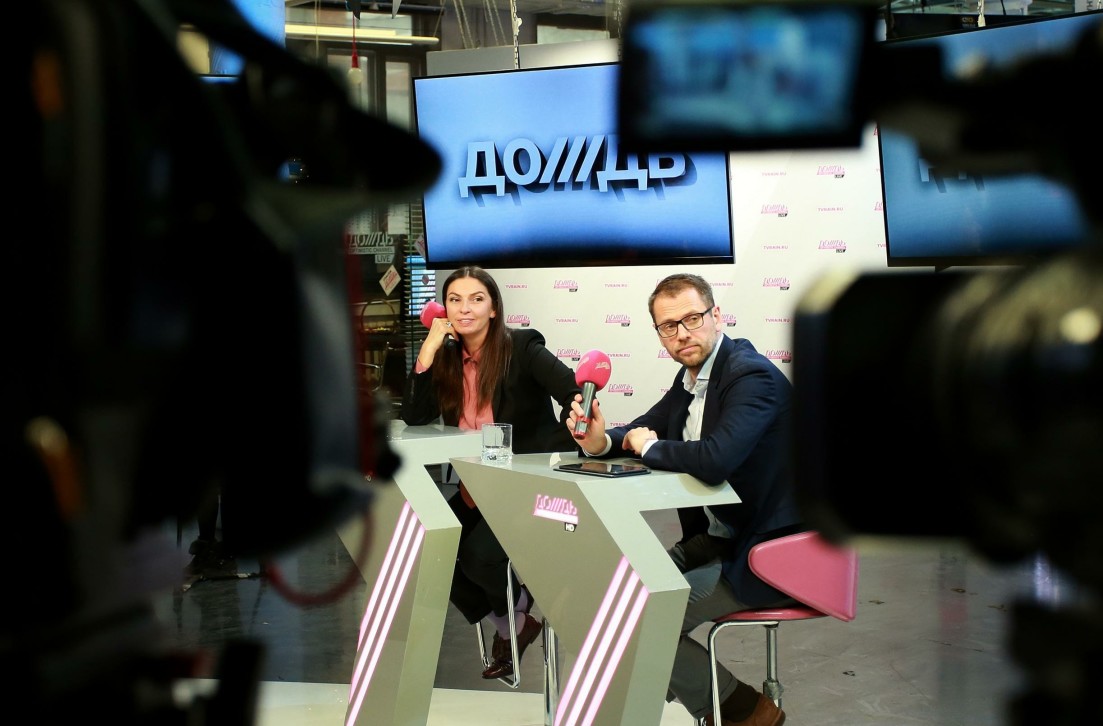 TV Rain, Russia’s only independent, privately owned television channel, is in serious crisis. The channel is the country’s main news outlet for a liberal alternative to the Kremlin-affiliated media, but over the last week most major satellite TV services have dropped it.

The companies did not cite any strong economic or legal reasons for canceling their contracts. But Natalya Sindeyeva, the channel’s general director, said in a press conference last week that TV Rain management knew the companies were under pressure from the Kremlin and that the boycott was politically motivated. What she didn’t say was what exactly was behind the crackdown.

TV Rain launched in 2010 and covered the anti-Putin protests of 2010 and 2011, as well as the trials of major political prisoners, including jailed oligarch Mikhail Khodorkovsky, punk band Pussy Riot and a number of other opposition activists. It also provided heavy coverage of the trial of anti-corruption blogger Alexey Navalny. Its audience consists chiefly of educated, liberal-minded Russians who have grown disenchanted with mainstream television.

Amid the speculation, some are suggesting the channel was axed over its recent controversial poll that asked viewers whether the Soviets should have surrendered Leningrad during the Second World War to save hundreds of thousands of lives. The poll touched on one of the most sensitive chapters in Russian history and caused immediate outrage among the public and Kremlin deputies. The channel’s editors quickly removed the poll and issued an apology. But in a separate interview, TV Rain Editor-in-Chief Mikhail Zygar firmly rejected the idea that the poll had much to do with the boycott, saying the two incidents were entirely unrelated.

Vocativ spoke with a Russian professor of media and communications who is also a former country manager of a major international media relations network in Russia. The expert source, who didn’t want his name used because of possible retribution, unpacked the possible reasons for pulling the plug on TV Rain and how this move could impact other independent media and freedom of speech in Russia.

So why do you think they’re trying to shut down the channel?

First, TV Rain provided the most support to a number of oppositional causes, such as the protest rallies, the Bolotnaya trials, the Euromaidan in Kiev and opposition blogger Alexey Navalny. Many powerful people have a stake in these issues, and they were looking for an opportunity to crack down against the channel. The second reason is more a general tightening of the grip on society. Business people and officials want to demonstrate their loyalty to the Kremlin. They don’t know for sure if Putin wants so get rid of TV Rain, because he’s never expressed his irritation with it, as he did with Novaya Gazeta or Echo Moskvy after their coverage of the Beslan school hostage crisis, for example. Finally, TV Rain is a media outlet that has to a certain extent been associated with “Medvedev’s group,” or the so-called reformers. He and his close allies in the government were guests on the channel, unlike other political hardliners. So hitting the channel is like hitting Medvedev’s group.

Can you specifically name the people you think are behind the crackdown?

It’s the people who wanted to continue the course to autocracy—the hardliners. And it’s the channel’s competition, media outlets that are loyal to the Kremlin, which have been losing their popularity.

Why did the Kremlin wait this long to start its campaign against the channel?

Putin does not want to be seen as a hardliner. You can see this in his recent decision to release a number of well-known prisoners. He wants to demonstrate that he is, so to speak, above the battlefield. Those who wanted to shut down TV Rain were waiting for a good opportunity and the poll on the Leningrad blockade was a perfect one. Putin’s parents fought in the war and he grew up on the heroic myths of the blockade. The enemies of the channel have picked the perfect cause.

What is the channel’s current chance of survival?

It entirely depends upon the will of one person. If Putin wants to keep a small share of the population (less than 1 percent of the country) satisfied, he will say, “Don’t touch it!” Right now he seems to want to rescue the channel, but that may change.

Can public opinion have any impact on the process?

Definitely. There’s been a wave of public outcry and support, and the Kremlin has noticed this, although they will never admit it.

Why doesn’t the Kremlin just kill all the independent media in Russia?

Russia’s modern ideological bosses are good students of Mikhail Suslov and Yury Andropov. Just look at how Mikhail Khodorkovsky was “released.” He was send directly to Germany, just like Alexander Solzhenitsyn and many others 40 years ago. There is a legend that Alexander Chakovsky, a devoted Communist party member and ideologist, was once summoned by Suslov and ordered to create a slightly opposition-minded paper. Suslov called it “Hyde Park, socialist-style.” It was slightly critical of the authorities and helped to vent some of the steam. It seems that TV Rain or Echo Moskvy are serving the same function. This, however, does not undermine their honesty and effort.

Journalists gather for a press conference with co-owners of TV Rain at the channel's office in Moscow.
(AFP/Getty Images/Vasily Maximov)

Are we now likely to see a crackdown of other independent media?

There will always be a cat-and-mouse game. Media companies that go overboard will be punished, others may get threatened. I don’t think we will ever come to a stage where there will be total control, but the circle is definitely getting smaller.

What can other independent media outlets learn from this situation?

They will have to learn a lesson that criticism has to have its limits. Some topics are simply taboo. This situation often means that journalists and editors have to apply internal censorship in order to avoid the risk and keep everyone happy: The Kremlin does not need to silence the media while the media is working “quietly.” This is an ideal model that is cherished by Kremlin ideologists. But reality is different: There is no status quo here, so as soon as the state becomes less attentive, there is a protest. Plus, there is opposition media. So when they crack down on it, it in turn causes further protests. So we have a very shaky balance here.